Last month was a good one for the UK property auction sector, which continues to attract a wide array of national and international property investors.

According to the Essential Information Group (EIG), the volume of property auction lots offered, sold and the amounts achieved in March all rose compared with the same month last year, owed in part to the fact that many property investors were rushing to complete property deals before the stamp duty rise on 1 April.

Following changes announced by George Osborne in November last year, anyone acquiring a home that is not their main residence will now have to pay a 3% stamp duty surcharge. But the introduction of the measure, designed to put a brake on the booming buy-to-let market, was delayed until 1 April, to give those in the middle of existing purchases time to complete before the new tax charge, and there is no quicker way to buy property in a decisive and uncomplicated manner, with no risk of gazumping, than at auction.

However, the gains made in March were modest in comparison to February’s activity in which there was an unprecedented buying surge resulting in 25-year old records being broken.

“Figures for Q1 show double-digit gains of 10% for both lots offered and sold, whilst the total amount raised broke through the £1bn mark for the first time in nine years - up over 28% to £1.145bn,” said David Sandeman, managing director, EIG.

For the fourth month running the figures show noticeable differences between the two property auction sectors. In the residential market the number of instructions rose by 12.5% to 2,457 lots - 273 more lots than in March 2015, whilst lots sold increased by 11% to 1,788 lots, up from 1,611 in March 2015.

Sandeman (pictured) continued, “Coupled with the huge gains made in February, the Q1 2016 figures show lots offered and sold up a staggering 18% on Q1 2015, whilst the residential amount raised increased by 28% during the same period - over £174m in monetary terms.” 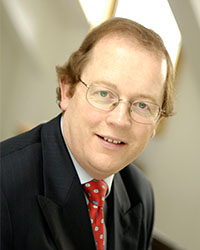 “The commercial market, on the other hand, saw last month lots offered and lots sold both down 18% on March 2015, with similar drops evident in the quarterly figures. However, whilst lots offered and sold have both decreased, the value of commercial auction sales has actually increased, as reflected in the total raised comparisons. Commercial receipts were up over 21% during March, from £133.6m to £162.6m, and by almost 30% in Q1, from £273.2m to £354.3m.”

Property auction activity was down in July, which is usually a...