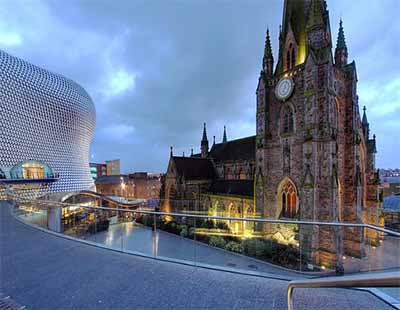 Birmingham has been announced as one of the most popular places to move to across every demographic, with an increasing number of movers snubbing London, according to the latest findings from Urban.co.uk.

The findings have revealed that Birmingham was the only city which was considered a top moving destination across all age demographics.

According to the figures, Birmingham was London’s biggest rival for all those aged under 65.

In the over 30 age category, Birmingham topped the popularity table, with 12,500 people making the move to the city across the last 12 months.

This trend is matched between those aged 22-29, with Birmingham being named in the top three; placing higher than previously popular London boroughs such as Tower Hamlets and Southwark.

Birmingham remained in the top five of migration destinations for the 18 to 21 age group, with Leeds and Manchester also performing well.

Northern destinations have become more popular as movers realise how much more property they can get for their money. With first-time buyers struggling to get a foot on the ladder, it has been revealed that in Birmingham, buyers can expect the average property price to be £300,000 less than that in the capital.

Birmingham has also been announced, for the second tie running, as the ‘most investable city’ by PwC.

Emma Gray, from Visit Birmingham, commented on Birmingham’s appeal: “People are increasingly seeing our region as an obvious choice to build a career and raise a family, thanks to excellent schools, outstanding connectivity and affordable homes and amenities.”

“The range and quality of educational institutions north of London, in places such as Leeds, Nottingham and Birmingham have undoubtedly played a large part in attracting more and more young people away from London and its surrounding regions,” added Adam Male, Co-founder of Urban.co.uk.

A scheme to regenerate a 17 hectare site in the heart...

7 tips to help protect your rental property over the Christmas period ...

As we enter into the holiday season, there is a good...