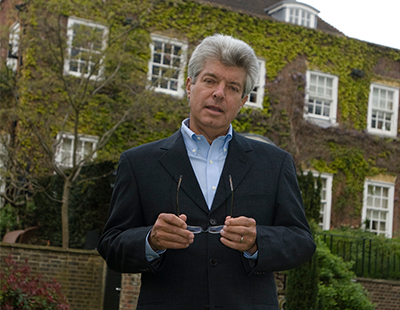 Trevor Abrahmsohn, director at Glentree Estates offers his thoughts on what property market trends we can expect over the coming year.

2016 has been an eventful year with all the shenanigans of Brexit and its repercussions, a new UK Prime Minister and leader of the Free World, Donald Trump. Austria didn’t get the extreme right wing leader that they feared and Italian Prime Minister Renzi was forced to resign. These were all unexpected results and time will tell if the UK, USA or the EU are better off, for these momentous changes.

The residential property market, in the prime and super-prime sectors, in the first three quarters of this year, have been badly affected by the ‘Osborne legacy’ of draconian Stamp Duty increases, fiscal changes to Non-Doms and Buy-to-Let investments.  One hopes that this doesn’t amount to a sign over the UK saying ‘closed for business’. This is in combination with far fewer International buyers who have also been affected by a myriad of worsening economic influences in the world.

One hopes that the fiscally pragmatic, Chancellor Hammond, will review the Stamp Duty ‘take’ of the upper end of the market in the Spring Budget of 2017 where the tax receipts will be reassuringly down. Even the OBR (Office for Budget Responsibility) claims that revenue from SDLT will decrease by £9.5bn over the next five years. It is a commonly held belief that the former Conservative regime were far too over zealous with property taxes, which are now the highest in the world, and for Hammond to lose valuable revenue when he is struggling to meet even the revised Budget Deficit forecast, seems like ‘folly grandeur’.

With Stamp Duty being so high it is a huge deterrent for most buyers in excess of £1m, such that they would rather ‘stay put’ than move. Since this tax is a transaction tax the less activity in the market, the lower the revenues. I don’t see any growth next year in the middle to high end, since supply is still fulsome and demand weak.

Rental prices in the lower to middle range have been easing across the year and this has been accelerated by the Brexit result.  In sharp contrast to this, values at the higher end have been steady due to the noticeable increase of wealthy foreigners looking for trophy homes to rent (rather than buy) which allows them more flexibility. Over the past six months we have organised more rentals in excess of £10,000 per week than ever before and are processing at least one at £50,000 per week.

Lest we forget, with stock markets being over-bought, bond prices in disarray, banks charging fees to keep your money, there are precious few asset classes that are so reassuringly dependable and a greater hedge against inflation, than residential property. My best advice is that you should invest, responsibly, either in your own home and, or, in a Buy-to-Let investment. If you have children who are presently renting, try to persuade them to use the same money to service a mortgage providing they can get a deposit from either the ‘Bank of Mum & Dad’ or via one of the government’s Help-to-Buy schemes, if they are unable to generate this themselves. Even though Buy-to-Lets are less attractive than they were, they are still an excellent alternative to private pensions where the fiscal attractions have been eroded by successive Chancellors over the years.

Trump will set the USA ‘alight’ economically, by ‘pump-priming’ the economy, lowering taxation and regulation.  Let us hope that we can ‘ride in their slip-stream’ rather than Europe which will remain in a parlous state for some time to come.

As a result, underlying values in the higher levels of the Residential Property Market have probably dropped this year alone by 10-15% and circa 30-35% from the former highs of 2014.

Market sentiments, as we all know, are greatly undermined by uncertainty and we are all paying a hefty price for the foolish and apocalyptic  ‘Project Fear’ strategy, designed by Cameron and Osborne, before the Referendum, which attempted to make us all believe that ‘the sky was about to fall in’. When compounded by the unexpected Brexit result, is it any wonder that the Property Market was so badly affected and went to sleep for three months after June 2016?

However, as the ‘beacon of hope’ starts to shine brighter, since the middle of September activity has picked-up in the lower to middle price ranges. We hope and trust that this will provide a ‘contagion effect’ on the higher price sector.

Due to the depreciated Pound, inflation may well rise and hopefully peak in 2017 and, one hopes, that interest/mortgage rates will remain low for quite some time to come. Good fixed rate deals are becoming less plentiful and it is now in the consumer’s interest to ‘snap these up’ before they disappear.

The word is out, amongst the international community, that UK/London property is cheap. The devaluation in the Pound is seducing buyers from other currency denominations to purchase property here, which is having a positive effect on liquidity and we are seeing an appreciable rise in the numbers of buyers looking to commit themselves at the moment, particularly from China, Asia and the Middle East.  When you add the currency discount to the depreciation in values this amounts to a 50% discount which, hopefully, will prove irresistible to buyers, when compared with other major financial capitals of the world, where prices have not depreciated i.e. New York, Frankfurt and Paris.

Taking all these factors into account it is our belief that the excess supply will be slowly absorbed and this could possibly herald the low point in the market, with only an upward direction in values as the next predictable change. They don’t ring a bell at the bottom of the cycle, but if they did, the sound would be deafening! – buyers are you listening?

Certainly up until the watershed of the Buy-to-Let tax changes in April, the lower end of the market was doing very well indeed and growing by a hefty 8%. After the Referendum there was a summer lull and we were seeing a small amount of growth of between of 3-5% in this sector up until the end of the year.