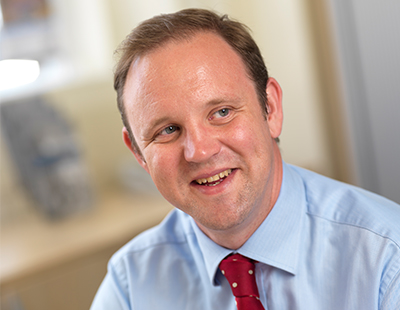 Marc Langdon, a partner at Bidwells, offers his thoughts on what property market trends we can expect over the coming year.

I think it is fair to say that, for many reasons, 2016 is not going to be remembered fondly by many. The year started with the loss of famous names, unfortunately a trend that seemed to persist for much of the year. It was also a year that began with the novel idea, or as many saw it a gamble, by our political elite of holding a referendum.

The housing market was also ‘firing on all cylinders’ with investors and second home owners all seeking to get transactions completed before the Stamp Duty and tax changes came into effect. These changes were a well-planned idea to boost revenue from a buoyant UK housing market. All in all, a sound plan many economists thought, as long as nothing unpredicted happened to the UK economy.

Then, as the impact of the tax changes began to subside, Cameron and Osborne’s gamble didn’t pay off, thus leading to a lost summer and a considerable drop in transactions, particularly in central London and other markets throughout the UK. Only a change in stamp duty in the Spring Budget 2017 will help these markets, a change which failed to materialise in the Autumn Statement, but one which should be considered if transaction levels in the middle price bracket of the market fail to pick up.

While housing has rebounded more strongly than expected after the Brexit referendum, the level of transactions has dropped considerably and we move forward with a fear that growth in 2017 will be notably slower than the previous 12 months.

As we end 2016, we have had to be imaginative and proactive in our attempts to make the most of a reduced market. Sales have been stifled by the ‘let’s wait and see’ approach of many homeowners who have decided to ‘sit it out’ and wait until after Article 50 has been enacted. The more ‘swashbuckling’ types in the world are taking advantage of low interest rates, deals from house builders and less competition on those family homes close to the best schools, not forgetting Help-to-Buy, now a stalwart of the new homes market and one which needs to remain, so as to allow people the opportunity to climb the housing ladder.

Realising this short-term shift is key to making a success of the first months of 2017. The first time buyer and the unencumbered purchaser are ‘king’ in the first quarter of 2017. The battle between soft and hard Brexit undoubtedly will have an impact on our ability to make the most of any ‘spring bounce’. Once again, we will not hit our house-building target, with the gap growing rather than shortening, the old ‘supply and demand’ rule of economics will shield the wider market from house price reductions, and transaction levels are unlikely to increase in 2017.

We should remember property still stands out as one of the UK’s safest investments and the one which most understand. There will still be competition for quality housing in sought after locations, so we can broadly expect house prices to rise through the course of the year, although this will fluctuate within microclimates of areas; central London may drop while the outer suburbs may grow. The same can be said for regional hubs; access to good road, rail and infrastructure links being the key drivers behind regional and local demand. Rental markets will still boast strong demand in city centres with positive economic outlooks.

Bidwells core areas of operations have consistently performed in tougher markets, and we see no significant change to previous markets, because property as we all know is in short supply.

Our ability to control inflation is one of the biggest battles the government will face in the medium to long term, as the need to control inflation has a direct impact on interest rates. If these were to rise, the already considerable issue of affordability will become a far bigger ‘cross to bear’ for many and this will be a dangerous combination. So, if we are able to champion first time buyers and plot a course that allows us to avoid these storms in 2017, the long-term future still bodes well for UK housing.

There may be choppy waters ahead in some areas, but with an ‘eagle eye’ and a little luck, we will weather the storm.

Being a student landlord can be very lucrative, especially if you...