The UK housing market remains resilient post-Brexit, as illustrated by the latest house price index which shows a housing market that is “continuing to hold strong”, according to the CEO of one of the UK’s leading estate agents.

Figures released by the Office for National Statistics (ONS) earlier this week revealed that the annual rise in UK property prices accelerated to 8.4% in August, and Paul Smith at haart estate agents believes that this definitive data “defies the grim forecasts of a housing collapse, and tumbling prices”.

The fact that London for the third month running is not the region with the highest rate of house price growth reflects the fact that the rise in stamp duty continues to have an adverse impact at the upper end of the market, according to Smith (right). 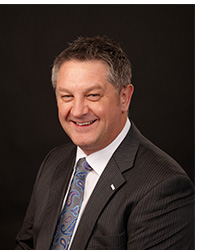 “This (the market slowdown in the capital) comes as buy-to-let landlords and overseas buyers continue to venture out of the capital and into regions where they are now more likely to see more lucrative returns on their investment,” he said.

However, Smith believes that the continued lack of housing supply will “always hold the market up in our resilient capital” and as a consequence this is “unlikely to see a too damaging effect on growth” moving forward.

With housing market indicators, including mortgage lending and new buyer activity, continuing to slow and inflationary pressure set to possibly squeeze household incomes and spending as we head into 2017, Smith would like to see the government put “incentives” in place to encourage homeownership.

He added: “This (any uncertainty that continues to constrain the market) is particularly important in the face of the Help to Buy Mortgage Guarantee Scheme coming to an end for first-time-buyers, placing further obstacles in generation rent’s way to stepping onto the property ladder.”

Residential property price inflation across the UK is continuing to slow,...