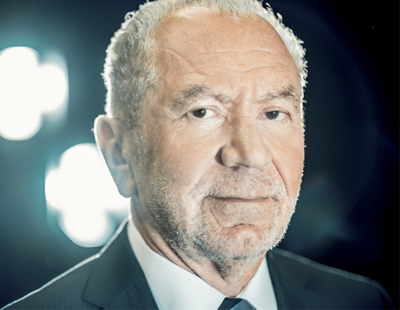 Lord Sugar started his latest search for a new business partner this week, but the self-made former barrow boy and chairman of Tottenham Hotspur FC says property development is where the big bucks are to be had.

The businessman, whose SEO company, Climb Online, advises clients on how they can get their products or services to the top of search engine results pages, said Lord Sugar had also taught him how to negotiate very cheap office space by renting out unused desks in established businesses.

“The high rents are why people don’t have success in the first couple of years,” Wright added. “The cost per square foot in London is unaffordable for small businesses. It would have cost us £160,000 a year to rent an office in central London.”

Lord Sugar founded his electronics firm, Amstrad, in the late 1960s, but it wasn't until the 1980s – and the boom in personal computers – that the company hit its peak.

Since that time, Sugar has largely made his money from property. He has his own property company, Amsprop, which recently sold the refurbished 40,000 sq ft Sugar building near St Paul's for £80m, making a £50m profit.

He currently owns a large portfolio of commercial buildings in central London and the City and, as was reported in Estate Agent Today a few months ago, he has teamed up with celebrity interior design guru Kelly Hoppen on a number of luxury apartments in St James's. The five apartments in the building are expected to sell for between £7 million and £10 million each.

One of London’s most neglected areas could soon see a high-quality...