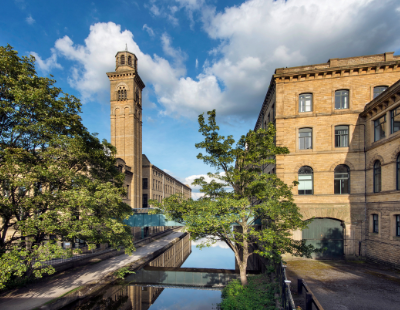 The crown of UK’s number one yield hotspot goes to Bradford, according to new research compiled by PropertyData and Sequre Property Investment.

The city, which was recently crowned City of Culture 2025, recorded rental yields of 11.6%, closely followed by Dundee at 10.1% and Sunderland in third place at 9.9%.

The research suggested that the powerhouse North, Wales and Scotland offer buy-to-let investors the best rental yields across the UK, ranging from 7.3% to 11.6%.

Other locations making the top ten included Leeds, Cardiff, Aberdeen, Glasgow, Swansea, Middlesbrough and Newcastle. Typically, these areas have low average house prices – in the case of Bradford only £57,000 and in Sunderland £70,000 – which makes achieving strong rental yields much more likely.

According to data collected by Starling Bank-owned lender Fleet Mortgages, buy-to-let investors yielded an average of 5.7% on their property investments in the first quarter of 2022, down from 6.3% in the first three months of 2021.

However, Sequre Property Investment insists it achieved yields averaging 8.71% on its property investments across the UK in the first quarter of 2022, providing above-market average returns.

Daniel Jackson, sales director of Sequre Property Investment, said: “For the seventh consecutive quarter, the North East of England recorded the top rental yield across the region at 11.9%, compared to Greater London, which generates nearly half this yield, at 4.6%.”

He added: “This trend is likely to continue with house prices predicted to rise steadily through 2022 and rental yields achieving more than 8% across Leeds, Sunderland and Bradford, making these regions highly profitable for investors.”

He said that for landlords it is all about yield – in other words, how much rental income versus the price they pay for the property. “This has led to a shift away from London and the South East, where historic higher house prices have outweighed the rental income available. This has been exacerbated by the Covid crisis that has hit rental income in London in particular,” Jackson commented.

“So, it’s not surprising to see in these figures house prices have been rising in the North East, North West and Yorkshire in particular as investors chase those higher yields.”

He went on: “At the moment, these areas still look attractive for landlords as they are providing the rental income and the opportunity for capital appreciation, which they can’t achieve in their local areas.”

Meanwhile, sticking with Bradford, property firm LH1 London has been appointed by property developer The Investment Room as works commence on site to launch phase two of Bradford’s landmark residential development - The Printworks.

Made up of 137 newly-built luxurious one and two-bedroom apartments, the build follows the completion of phase one, which saw the conversion of a listed building known as ‘Card House’.

The Printworks, which occupies ‘a highly sought-after affluent location within the city of Bradford’, is to be built upon the site that was formally home to WN Sharpe of Bradford and later, Hallmark Cards.

This is the latest development in the ongoing regeneration of Bradford, which has seen a flurry of inbound investment into the city in recent years. A Bradford estate agent recently predicted that property prices in the city will double over the next five years, offering potentially great opportunities to savvy investors seeking strong yields (and the research above suggests this is very likely in the city) and affordable pricing amidst a post-Covid property price boom. 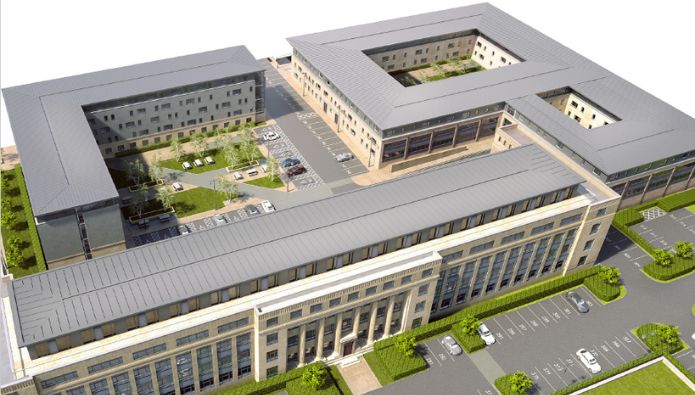 (A CGI of the Printworks development)

The team behind it say the Printworks has been welcomed by local councillors who are keen to meet the increased demand for housing due to rising numbers of people moving to the area.

Benjamin Hunter, chief executive of LH1 London, said the firm were delighted to be working alongside The Investment Room to ‘bring this landmark development for the city to market’.

“The development is a remarkable project and will be a real asset to the city. We are also truly delighted for the people of Bradford receiving the much-deserved accolade ‘City of Culture for 2025’,” he added.

“This reflects not only their truly diverse culture but also the City’s willingness to create opportunities for all. The city can now expect considerable inbound investment and huge growth in employment which will only fuel the requirement for high-quality property in the area. We see Bradford as the Jewel of The Northern Powerhouse and this award is testament to that.”

He continued: “We have already seen increasing demand and interest in the build following the success of phase one, and would encourage international buyers and local owner-occupiers to take note of the opportunity here. Bradford, being one of the largest cities in the UK housing over 500,000 people, is becoming a growing investment opportunity that shouldn’t be missed. This is where Manchester, Leeds and Liverpool were a few years ago.”

Councillor Love, The Lord Mayor of Bradford, also commented: “The scheme will create 385 flats and preserve the iconic character of the Art Deco style Grade-II listed building Sharps Card Factory (known as Hallmark House). The works to the listed building are being delivered to largely protect its heritage significance, and the development would deliver a substantial provision to meet the district’s housing need”.

Lee Jones, director at The Investment Room, added: “Having successfully sold all of the 144 apartments in the first phase of the development in record time, I am extremely proud to have broken ground on the impressive new build second phase, namely The Printworks. The positive feedback and sentiments from the local residents and buyers alike has been encouraging.”

He concluded: “It is refreshing to see that our respect for the immense heritage of the existing buildings, whilst also utilising the rest of this large brownfield site through high quality new apartments has been widely recognised and partnering with LH1 to sell the apartments to the owner occupier market as well as selected investors makes this site even more special”.

Work at The Printworks is now underway, with anticipated practical completion by Q3 2023.

Recently named UK City of Culture 2025, beating off competition from Southampton, Wrexham and County Durham, the prestigious accolade is set to give a major boost to one of the most diverse and exuberant parts of the UK – but also one of the most deprived and underappreciated.

Following in the footsteps of Hull, Derry and Coventry in recent years, the status of UK City of Culture is likely to supercharge regeneration as it attracts thousands of tourists and guarantees millions of pounds of funding and investment.

The city has one of the youngest and most diverse populations in the country, with one in four under the age of 18. It’s home to one of the UK’s biggest Asian communities (approximately a quarter of the population is Muslim) and has, in recent years, become an increasingly popular creative hub. 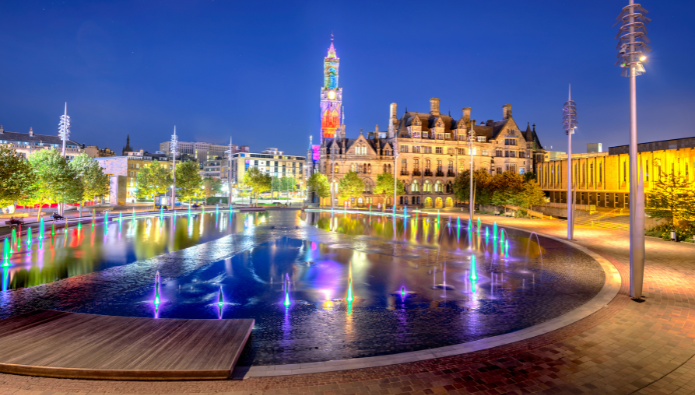 Bradford has a strong industrial heritage, seen in many of the local buildings which have been transformed into cultural spaces. In the 19th century it was one of the main centres for the manufacture of wool and cotton, and this legacy lives on in the highly impressive Salts Mill, once a textile mill, which now plays host to restaurants, an art gallery and a shopping centre.

Other cultural highlights include the Kala Sangam arts centre, which specialises in south Asian art, the Brontë Parsonage, Saltaire Unesco world heritage site and the National Science and Media Museum.

The city is also home to League Two’s Bradford City AFC, who play their games at Valley Parade (one of English football's most iconic grounds) and are currently managed by former Manchester United and Wales legend Mark ‘Sparky’ Hughes.

The University of Bradford, meanwhile, was founded in 1966 and currently has a student population of around 14,000.

The government’s approval of a third runway at Heathrow may have...

Development – How to overcome the death of the city centre ...

During the Housing and Build to Rent Conference, a leading architect...

LH1 London has announced that all the apartments at the new...

Dundas Estates has teamed up with an estate agent expert for...