By Richard Black
< Back 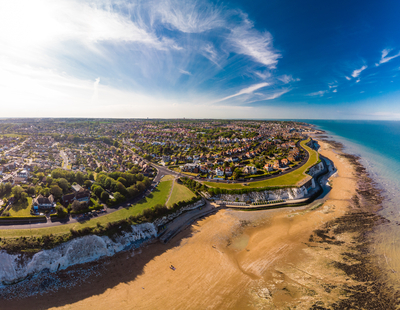 Property in many of the UK’s coastal towns and villages has often taken a pounding and not just from the elements Mother Nature can throw around.

Some locations have been seen as ‘dumping grounds’ with social and economic challenges more magnified than those typically seen inland.

The perception can be that coastal towns are the ‘back of beyond’ with poor travel links and under resourced community services.

But wait. So far, every property specialist I have interviewed on Home:Work Property Podcast has provided another perspective.

The view is that as our demand for property has intensified, so has our search for a bargain. In an upward market, the whole market goes up. Not just parts of it.

Locations historically seen as the poorer sibling of a neighbouring seaside hotspot are now benefitting from next door’s image.

So what does this mean to a savvy property investor?

There is no investment without risk. However, looking at the somewhat lower end of the market investment needed into some of the examples discussed later

There is no investment without risk. However, looking at the somewhat lower end of the market investment needed into some of the examples discussed later, I’d argue many might be worth a gamble.

“15 years ago did you think people would ever want to live in Margate? No. But it’s Shoreditch-by-Sea now…”

“I know Whitstable and Margate really well…but they are getting trendy and expensive and Ramsgate is only 10 minutes drive away, but is more unspoilt, quaint and a bit more upmarket.”

Triumphantly, Julia exclaims it was the first place she viewed and the three-bed semi, with a small garden only a 10 minute walk from the beach “ticked all the boxes”. The house could achieve about £800 - £1300 in weekly income and Julia aims to use the property for her own family and friends when not occupied.

The South and South-West often catch the lion’s share of attention. The news stories of locals being priced out and unable to stay in their own locale are very well rehearsed. The spike in demand has painted a challenging picture for anyone seeking to buy in that region. For the slim pickings of property available, many may think ‘West is best’, yet the East can be a feast of ‘propportunities’!

I recently explored an item called ‘A Tale of Two Towns’ on Home:Work Property Podcast; with Jonathan Wood of Sowerbys Estate Agents Norfolk an agent specialising in high end country homes. We looked at homes the same age, style and standard in two towns only a short distance apart.

In Southwold, Suffolk a three bedroomed terrace being marketed for around £500,000. Meanwhile, only 2 miles north – literally sharing the same beach – a similar property was being marketed at £150,000.

The neighbouring county of Norfolk shares the same disparity – a terrace in the Victorian resort of Great Yarmouth can be snapped up for around £90,000, yet further around the coast on the North facing vistas, a similar home could set you back anything up to £900,000. Yes 10x the purchase price!

It stands to reason, that in a market where property supply is dwindling, the demand for what actually is available, increases.

Jamie Minors of Minors and Brady Estate Agents sums up why, not only the sun is rising on the East coast, but so are the values of ‘propportunities’:

“As property prices around the country have soared, the prices on the east coast have followed suit however, are still not anywhere near levels in other parts of the country, which has led to relocators flocking to the coast. The disparity in property pricing gives people choices, and the east coast still has all of things you would need, including beaches, entertainment, bus services, train services, all levels of schooling, plus easy access to the countryside.”

Seizing on the mood as buoyant as the boats in the town’s marina, Minors and Brady have just opened their fifth office in a town long connected with economic challenges, Lowestoft.

The most easterly town in the British Isles has suffered employment setbacks, declining industries including fishing and manufacturing and has long been associated with an “it’s not the end of the world but you can see it from here” mentality.

However, the seaside tide feels like it’s turning. Jamie Minors speaks of a “strong purchasing interest from out of area buyers, mainly from Essex, London and Cambridge.”

Transport links to the region have improved hugely, a new fleet of trains connects the town to the Capital. Lowestoft’s northerly neighbour Great Yarmouth has also attracted significant government and private investment to support the accelerating offshore energy industry with the turbines sat trophy-like in the North Sea a few miles in the direction of the nearby Netherlands.

Jonnie Irwin again remains positive: “The less traditional areas are becoming trendy now and I think buyers look for hints of green shoots of trendiness. It has to have a couple of new cafes and someone walking up the street telling people they’re vegan!”

Prices on the east coast are rising just as sure as the sun rises over its shores everyday. For investment, is it time to look towards the light and look East?

Richard Black presents Home:Work Property Podcast, is a brand expert for home interiors on global shopping channel QVC, a property developer, landlord and solicitor. You can go to www.richardblack.co.uk for a selection of his completed properties.

Development roundup – from riverside London to the Northern Gateway ...

In this latest roundup of development news, we zone in on...

In the third instalment of our Black History Month investor special,...