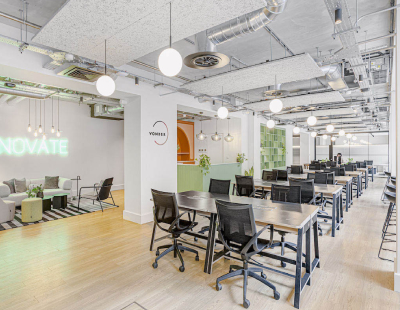 PIT was recently invited along by the Vonder Wembley team to spend a weekend at its flagship development and enjoy the all-in-one experience on offer. Here’s how we got on.

From the outside, Vonder Wembley – which is a literal stone’s throw from Wembley Park tube station and a mere five-or-so-minute walk to Wembley Stadium and Wembley Arena – looks like an ordinary, unspectacular office block.

But on the inside, an altogether different picture emerges, with the repurposed building now home to a large number of Vonderers – seemingly mostly overseas students and young professionals – who have settled in this co-living building in the heart of one of outer London’s biggest regeneration zones.

The building, which opened last year, is the latest in a number of schemes from Vonder – both here and in Europe – and has previously been described as its flagship development.

Its location is enviable – a couple of minutes from Wembley Park station and Boxpark, and also very close by to the world-famous stadium and the equally iconic arena that for so long has made Wembley a global name. London Designer Outlet, which helped to kickstart the regeneration of Wembley when it arrived in 2013, is no more than 10 minutes’ walk, while Wembley Park Troubadour Theatre (opened in the summer of 2019) is also close by.

Wembley High Street, fantastically diverse and interesting but also rundown and in need of some TLC, can be reached in about fifteen minutes, with the area superbly well-served when it comes to transport links (with bus, Tube, Overground and National Rail). 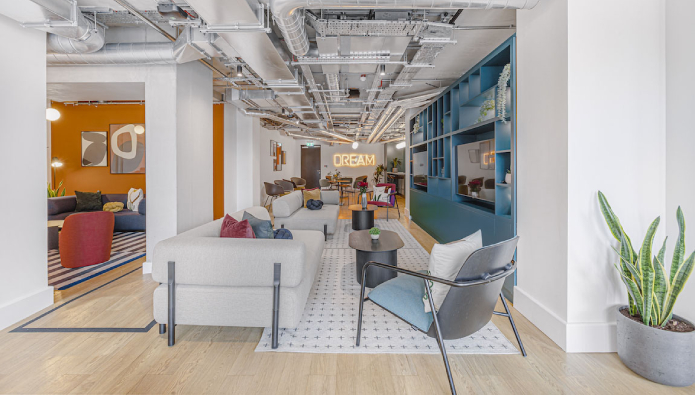 The inside of the Vonder building is nicely furnished and pleasant, if a little corporate-feeling in places. On the day we arrive, a salsa class is about to take place for residents – one of the first major events the building has held since it opened. In total, there are 313 units here, made up of 174 studios, 121 one-bedroom apartments and 18 three-bedroom apartments. It currently has around 80% occupancy.

Melita Dima, Vonder’s marketing manager, gives us a tour of the building upon arrival, which includes the gym, the co-working facilities, the communal kitchens, the private cinema, and the social spaces which include a pool table, table football and table tennis.

There is a healthy number of people buzzing around, either getting ready for the salsa class, working remotely, chatting away on sofas or making teas in the kitchen, which isn’t always the case in these schemes that say community living is at their core.

We are being housed on the very top floor of the building – floor 15 – in one of the three-bedroom apartments, which provides spectacular views of the Wembley skyline and, on the days we’re there, especially dramatic and beautiful sunsets.

The apartment, like the rest of the building, is nicely finished and furnished, with three good-sized bedrooms, a spacious kitchen-cum lounge and a modern bathroom. It also includes a mini enclosed balcony, good storage space, fast WiFi and a light, neutral feel.

Arguments could certainly be had about whether it’s worth the fairly hefty price tag – rents for three-beds start at £3,000 a month - but it’s not hard to see its appeal to transient renters who may only be in London for a short length of time and want a hotel-style renting experience, with community events and good amenities such as kitchen space and a lounge added in.

Vonder is one of a breed of co-living and Build to Rent companies who are transforming the area around Wembley Stadium, which has become a sort of testing ground for this different way of renting. These nascent sectors are heavily influenced by multifamily in the US and have received backing and direct financial support from the government as institutional investment in privately rented property has become far more commonplace.

Quintain Living (previously Tipi) are the big beasts in this area, with a large number of schemes completed and still being built, while Dandi and Uncle are other examples.

It’s also a student accommodation hotbed and a place, as you’d expect, with a sizeable number of hotels nearby, for those staying overnight before a gig at the OVO Arena or a match at Wembley Stadium.

It’s a bit like Stratford, with new buildings seemingly springing up everywhere at slightly odd angles, but with much more to recommend it. The area feels safe and well-lit at night, and has a buzz on weekends even when there are no big events on. 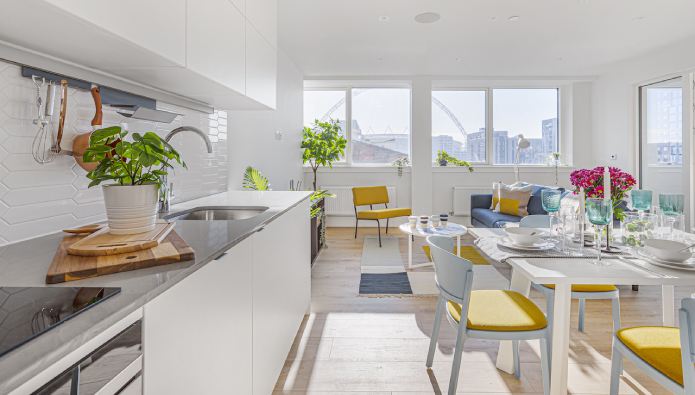 Meanwhile, in either direction there is green space that makes you forget you’re in one of London’s busiest towns at all. Barham Park offers plenty of greenery and lovely gardens, while Fryent Country Park is a haven of wooded tranquillity within touching distance of Wembley Park station. From here, fantastic views of Wembley Stadium and further afield are on offer.

The all-in-one offering from Vonder is largely reflected in Wembley Park itself, with residents having pretty much all they need right on their doorstep, from the cinema and theatre to restaurants, supermarkets and local facilities like Brent Civic Centre. As mentioned before, its appeal to a certain kind of – most likely quite well-off – tenant isn’t hard to fathom.

Getting around Vonder Wembley is seamless, with a smooth fob system for exit and entry and moving between the floors and the various spaces on offer.

The apartment and social areas are comfortable and welcoming, and the co-working spaces are relatively busy during workdays. There also appears to be a good sense of community within the building itself, with more events in the offing to follow the successful salsa night.

Despite not being able to fully escape the slightly corporate feel, it is homely and welcoming and the renting experience is certainly bespoke.

Co-living remains highly niche in the UK for the moment, but Vonder would certainly seem to be one company with the ambition, reputation and backing to change that.