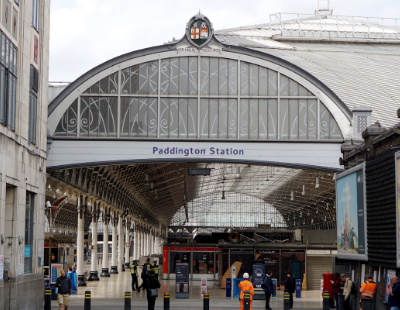 There’s no doubt that, when people think of Paddington, they think first of the iconic character created by Michael Bond in his much-loved children’s books, from deepest Peru and with a fondness for keeping marmalade sandwiches under his hat.

The popular books were introduced to a whole new generation of kids off the back of the highly successful Paddington films, which starred illustrious names like Julie Walters, Hugh Grant, Nicole Kidman, Ben Wishaw and Sally Hawkins.

So much so, when you type in Paddington on Google, nearly all of the results on the first page concern Bond’s bear rather than the area itself.

After the famous bear, most people would then most likely think of Paddington station and the area’s reputation as a transport hub and the gateway to the South West/West of England and Wales. 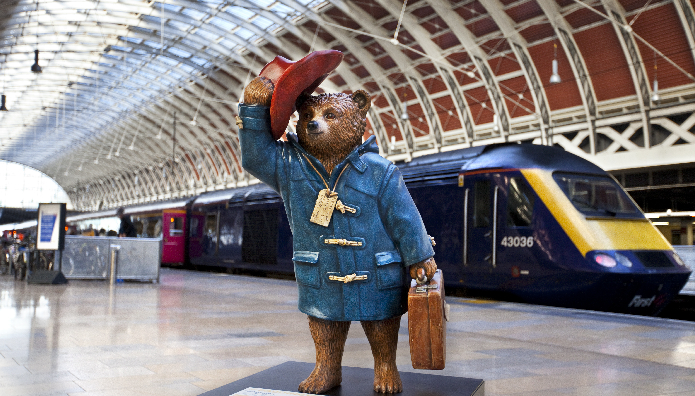 However, attempts are being made to bring more people to Paddington – not just as a place to pass through on the way to somewhere else, but as a destination in its own right.

A combination of glossy, soaring towers, elegant Georgian townhouses, hotels and busy roads (the A40 Westway runs over part of it), Paddington is defined by its station, which is the area’s main landmark and offers National Rail, Heathrow Express, Underground and, since yesterday, Elizabeth Line (Crossrail) services.

The National Rail station was designed by Isambard Kingdom Brunel and opened in 1847. It includes a statue of Paddington Bear and offers services to Reading, Bristol, Swansea, Penzance, Oxford and Heathrow Terminals.

Other landmarks in the area include St Mary’s Hospital, one of London’s biggest and oldest, and the former Paddington Green police station building (once one of the UK’s most important high-security police stations).

There’s also Paddington Waterside, mostly made up of offices, restaurants and trendy converted boats serving brunches and cocktails, which includes Paddington Central and PaddingtonBasin. The Paddington Arm of the Grand Union Canal – which runs all the way to Birmingham and beyond – ends here. 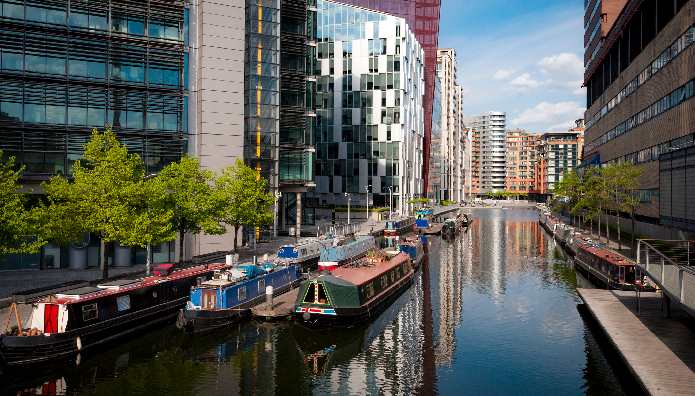 It’s also home to its fair share of restaurants, cafes and pubs, mostly found on Praed Street (which feeds into Edgware Road). Like much of West London, it has strong Middle Eastern influences, with Yemenite, Iraqi and Lebanese establishments mixing in with traditional British pubs, chain restaurants (mostly surrounding the station), and places offering Malaysian, Indian and Italian fare.

Green space isn’t an issue, with Hyde Park on the doorstep and Regent’s Park a short walk away, too. Lord’s Cricket Ground, Madame Tussauds, Portobello Road Market and the Lisson Gallery are also in the vicinity.

But, as a destination, it doesn’t have the appeal that nearby Notting Hill, Marble Arch or Baker Street enjoy.

One of the biggest new developments in the area is Paddington Square, from the same developers of The Shard, which is aiming to take Paddington’s regeneration to the next level.

Put together by Sellar, it is made up of a Renzo Piano-designed building with 14 floors of office space, a new public piazza with restaurants and retail, a new entrance to the Bakerloo line and a major public art programme. The development is set to open in phases, starting with the office building completing in September this year. 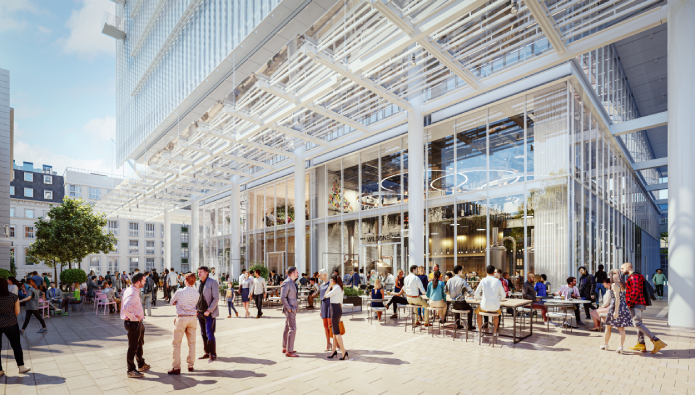 With a greater volume of people arriving at Paddington once the Elizabeth Line opens, Paddington Square will offer new step-free access to the Bakerloo line and a public piazza with walking and cycle routes to neighbouring parts of the city.

In total, the development will provide 80,000 sq. ft. of shops, restaurants, and cafes, adjacent to a new Bakerloo Line entrance and ticket hall and 1.35-acre public piazza with a series of specially commissioned public artworks. The capital's highest restaurant is located at the top of the main building, providing 'striking panoramic views' day and night.

The scheme is keen to highlight its emphasis on wellbeing, sustainability, and an adaptable, safe, and dynamic environment for future-facing businesses, while also outlining its green credentials. Paddington Square combines smart technology with innovative design features to 'maximise health and wellbeing, safety, user experience and reduce waste and energy consumption', from an intelligent Building Management System, innovative double skin façade and rainwater harvesting, to living green walls and water and air quality monitoring. The building is also rated BREEAM Excellent and is WiredScore Platinum certified.

What’s in the residential pipeline?

Transport for London – one of the biggest landowners in London – has plans to build 20,000 homes over the next ten years, half of which will be affordable, to plug a financial black hole that was dramatically worsened by Covid-19.

While none of these homes have yet been started in Paddington, there is a good chance a proportion of these properties will be built there over the next decade. TfL recently set aside £2 billion in property assets to build a ‘portfolio of new commercial offices’ - starting with 600,000 square feet of new space over stations at Bank, Paddington and Southwark – and Paddington, with its key position on the Elizabeth Line, would seem to be ideally placed for further investment when TfL’s residential plans are rolled out in full.

There is not a huge amount of spare space in which to build new developments and potentially BTR or co-living schemes, which have become increasingly popular in other parts of London, but the arrival of Crossrail could encourage developers to zone in on Paddington from a residential point of view.

According to Rightmove’s sold house price data, properties in Paddington had an overall average price of £1,201,871 over the last year – putting it very much at the prime end of the market.

The Elizabeth Line finally opened yesterday, many years delayed and many billions over budget. But the mere prospect of it has long been boosting house prices and rents in those locations with stations on the line, in what has been commonly known as the ‘Crossrail effect’.

Rightmove recently revealed that house prices, rents and demand have doubled or even tripled in areas around Elizabeth Line stations as interest from buyers and tenants has soared.

There is no sign of the Crossrail effect diminishing now that the line is open, so Paddington should continue to be attractive to investors, albeit deep pockets are required given the house prices at play.

Plans for the regeneration of London’s Paddington Quarter was approved by...

Crossrail special: part 3 – what should investors know about the Central section? ...

Throughout this week, Property Investor Today has been exploring the investment...

All aboard – historic station holiday home secured for future generations ...