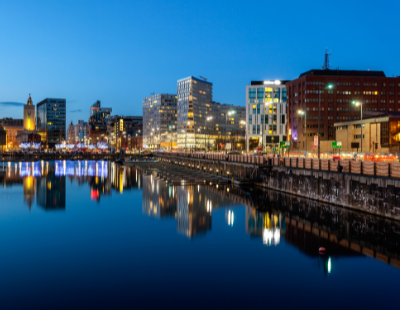 Liverpool has become the hotspot for property investors and homebuyers alike, with property price growth over the last year higher in Merseyside than in any other major city.

With the property market being described as currently ‘on fire’, Leaders takes a closer look at the North West city and its benefits for investors.

The growth of Liverpool’s property market

Liverpool is proving particular popular due to there being so much investment being poured into the city as well as the average property price in Liverpool remaining in the affordable bracket, providing substantial long-term gains for both landlords and homeowners.

According to Zoopla, property price growth over the year to February 2022 was higher in Liverpool than in any of the other major cities Leaders track. While the average UK house price rose by 8.1%, their data shows Liverpool City achieved 10.3%.

Meanwhile, the Government’s Land Registry data shows an even higher year-on-year rise of 11% for properties in Liverpool. The data is also broken down by property type, with terraces having increased by 10%, flats by 11%, semis by 12% and detached homes by a staggering 14%.

But despite these relatively big price rises, when compared to average property prices nationally, Liverpool remains an affordable area for investing:

Leaders’ analysis of official government statics found rents in England grew by an average of 3.2% year on year (February 2021-22). At a more local level, Zoopla shows rents in Liverpool rising at almost double this rate.

Their report estimates average rents are currently £652 per month, meaning they have risen by 6% year on year. That makes Liverpool one of the few places in the country where landlords are managing to keep rents ahead of general inflation rises of 5.5%.

In addition, recent forecasts from JLL suggest that rental prices will rise by 3% through 2022 and then by an average of 2.6% each year until 2026.

Sales prices will rise again by 5%, followed by average rises each year of just under 4% until 2026.

With so much going on in Liverpool, it’s expected that the city will grow substantially over time, both in population and economically.

Revealed – which cities will be the investment hotspots of 2022? ...

Staying at the forefront of the property investment industry takes a...

With the property market undergoing tumultuous changes since the onset of...

Insight: Is the tide turning for London’s rental market? ...

The pandemic has undoubtedly shaken the market for buying and selling,...