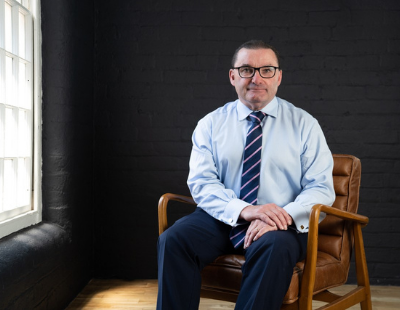 Leading auctioneer and property industry figure Rory Daly has sadly passed away aged 63 after a ‘long and brave battle with illness’, SDL Property Auctions has revealed.

Rory had over 30 years’ experience as an auctioneer in the property sector and was chief executive officer of CPBigwood prior to its acquisition by the SDL Group in 2015. The group then acquired Graham Penny Auctions the following year and created SDL Property Auctions.

Rory was known to be a champion of all things and all people auctions.

In his own words: “Auctions and I suit each other. We’re both very similar – straightforward, no time-wasting, just honest and transparent.”

During his career, Rory raised more than £1.5 million for various causes via regular charity auctions and once conducted an auction in the presence of royalty.

His other great passion was West Bromwich Albion FC where he was a season ticket holder.

Tributes have been paid by colleagues at SDL Property Auctions, who described Daly as a true family man.

A seasoned auctioneer with a punchy manner

Precisely one year ago, PIT was invited to SDL Property Auctions’ live stream auction to see what the new normal looked like.

Daly’s forthright, punchy style on the day was worldly different to Andrew Parker’s gentle, nudging approach, but extremely effective to tease out bids and push prices up.

His auctioneer prowess shone through, using teasing techniques to encourage people to bid higher – ‘are we done at £200,000?’, ‘can I get a half?’, ‘fair warning, internet’, ‘do I have a half on the phones?’, ‘hammer’s up, going once…’

The phone and computer bidders were also played off each other to good effect. Daly’s slightly more no-nonsense manner was a nice contrast to Parker’s calm, reassuring tones, and their well-honed double act helped to ensure everything went off without a hitch.

“Rory was a true family man, and everyone at SDL Property Auctions sends their deepest condolences and love to his family and friends,” a statement from SDL said.

His knowledge and passion for the sector will be greatly missed. Everyone here at PIT and Angels Media sends their condolences to Rory's family and friends.

Why the Build to Rent sector must invest in property management ...

We are all facing incredibly challenging times in light of the...

Busting the myths: why don’t people sell at auction? ...

For most people, selling a property means doing so on the...

SDL Auctions: Property auctions will go ahead behind closed doors ...

Despite the growing Covid-19 pandemic creating a number of challenges and...