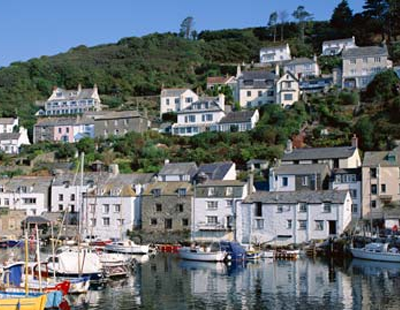 Schofields Insurance has claimed that there are pros and cons for and against second homes as the dispute about second home owners pricing out locals continues to rage.

There has for some time been worries that the surge of second home and holiday let purchases in rural communities is leading to a shortage of affordable homes for local residents. The situation has become so apparent that the government has set up a holiday lets register in England and increased taxes on second homes.

Councils have been called upon to enact new measures restricting the number of second homes in communities and doubling council tax in some of the most affected areas.

Schofields says there are arguments for and against outsiders buying second homes, with a good case that holiday lets support local tourism and employment. However, some locals argue that second homes impact communities when owners only visit during the peak holiday seasons, leaving whole villages empty during the quieter months.

Additionally, there has been a rise in house prices due to outside investors, making it even more difficult for young locals wanting to get onto the housing ladder.

As a result, the government is targeting second homes with new planning rules and tax increases, which owners believe are unfair.

Schofields argues that holiday lets are renowned for being targeted and seen as having a negative impact on local areas, but the firm says there are clear differences between holiday lets and second homes.

It argues that second homes that are only used a couple of times a year are different from holiday lets that are rented out year-round, which create jobs and generate income for the community. But it says the government seems to be targeting second homes regardless of occupancy.

The company says the highest growth in holiday lets has been seen in Blaenau Gwent in South East Wales, with Denbighshire and Rhondda Cynon Taf also in the top 3. Other popular regions for staycations include Lancashire, Cornwall and Mid Wales.

The 10 quickest-growing regions, meanwhile, are East Anglia, the Yorkshire Dales and central areas of England.

“There are valid arguments both for and against second homes, however, the argument is controversial and not what some local residents want,” Phil Schofield from Schofields Insurance said.

“Local residents argue that they are affected by outsiders buying second homes, making it difficult for them to get on the property ladder, and that communities are also affected when holiday homes are bought and only used for a couple of weeks a year - contributing little the community.”

He added: “Since the pandemic, second home sales and property prices have soared due to people changing their lifestyle and buying second homes where they can work remotely. However, holiday lets bring opportunities by creating thousands of year-round jobs. Businesses thrive from tourism in their towns and travellers spending money. The UK tourism industry is expected to be worth more than £257 billion by 2025.”

It’s not just England where there is a crackdown on holiday lets and second homes. In Wales, the Labour-led government has announced a controversial increase to the maximum level of council tax for second homes, as well as changes to the business rates criteria.

As a result, second homeowners face a potential 300% council tax rise, a 200% rise from the current maximum premium councils can currently charge of 100%.

From next year, the criteria for self-catering holiday lets in Wales qualifying for business rates rather than council tax will also change.

Unsurprisingly, campaigners for affordable housing in Wales have welcomed the plans to raise council tax dramatically for second homes, with a four times increase in council tax potentially imposed by the Welsh government on second homeowners across the country. This move, it’s argued, could ease housing limits and help locals from being priced out next to popular holiday property hotspots.

On the other hand, holiday let owners argue that the 182-day rule is unfair and unrealistic for most owners due to seasonality.

“Many locals in various seaside towns and villages feel crushed by holiday homeownership in their area. However, there’s also the debate that they’re improving their house valuations. There’s also the argument that locals could refuse to sell their properties to outsiders,” Schofield concluded.

It has been estimated that the UK receives £50 billion in tourism from abroad. The majority of inbound visitor spending is accounted for by London at 53%, 35% by the rest of England, 8% by Scotland, and 2% by Wales.

Debate will continue to rage over the fine balance between much-needed revenue and the economic benefits of tourism and the negative impact of over-tourism, gentrification and locals being priced out of the place they call home.

Poll: Should life be made more difficult for second home owners in popular tourist locations to prevent locals being priced out?

Preventing holiday home hell – is investing abroad right for you? ...

It emerged a few weeks ago that TV stars Ant &...

Staycation 2021 – how to successfully run and manage a holiday let? ...

With restrictions starting to ease as part of the government’s roadmap...