Citu, a sustainable developer, has secured a £20 million finance package from specialist lender Together to kick-start the next phase of its low-carbon city centre residential scheme.

With a loan book of more than £4.4 billion, Together has agreed the facility with Citu, the developer behind the regeneration of large swathes of Leeds city centre on both banks of the River Aire.

The finance will allow Citu to start building the latest residential phase of its Climate Innovation District. Once complete, it is anticipated to be a leading community of more than 1,000 new low-carbon, timber-framed homes supported by climate-conscious leisure, offices, a primary school, care home and a ‘state-of-the-art’ facility where the buildings are manufactured.

Ian Pickering, Together’s head of development funding, said the package had been agreed to “support Citu’s ambition to tackle climate change by creating one of the UK’s largest sustainable urban developments.”

He comments: “Citu has an amazing vision, which in many ways ties in with our own as a leader in supporting schemes that not only make a massively positive difference to the immediate local community but which also have a positive effect on the much wider population.”

“Our £20 million facility will help Citu to achieve their ambitions in creating the next phase of their low-carbon and community-focused Climate Innovation District, to breathe new life into this area of previously disused industrial land, while driving new ways of urban living and working.”

He adds: “Our experienced development finance team showed fantastic levels of service by completing this major deal less than three weeks after visiting the site and the finance package signals our appetite for future growth in the Yorkshire region.” 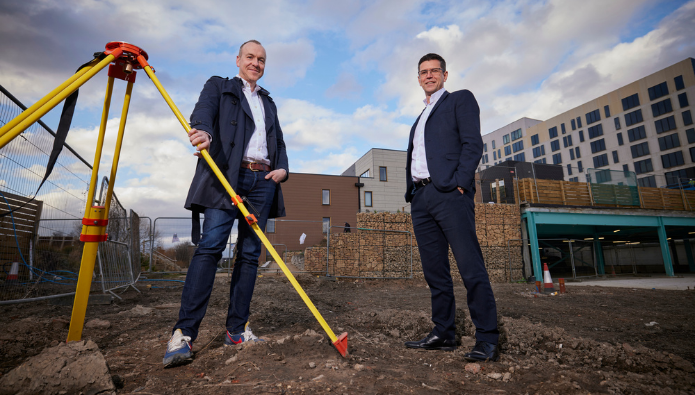 Once completed, the latest phase will include 55 homes and 87 apartments ranging from one-bedroom flats with a floor space of up to 549 sq ft to four-bedroom family homes of up to 1,406 sq ft.

The residential development, which sits on the north bank of the river, will also include three penthouses ranging between 1,256 and 1,456 sq ft and 76 car parking spaces.

As with all Citu homes, they will be built to the highest sustainability credentials and will not require a gas boiler. Instead, they rely on first-rate insulation, an air-tight thermal envelope and a Mechanical Heat Recovery Ventilation (MVHR) system that recycles heat from household appliances whilst bringing in fresh air.

The project is the latest of Citu’s schemes financed by Together since 2007, most to revive urban wasteland or disused buildings.

Last month, the developer released a new phase of Climate Innovation District homes to market with the launch of Central Place – a range of three and four-bed townhouses and one and two-bed apartments. The district is also home to Leeds’s first zero-carbon commercial building, known as The Place, also financed by Together.

Chris Thompson, managing director of Citu, adds: “Our partnership with Together over the last fifteen years has been vital in enabling our business, and the communities we are building, to grow. We are thrilled to continue our collaboration and take the next phase of the Climate Innovation District forwards.”

A housing developer has unveiled proposals for 67 new apartments to create ‘a new gateway to Paisley town centre’.

An application for 67 apartments on the site of a former Department for Work and Pensions office in Lonend was validated by Renfrewshire Council’s planning department in early March.

Kelvin Properties, an award-winning developer renowned for regenerating urban brownfield sites into thriving residential communities, hopes its plans will provide a much-needed boost to Paisley town centre, which was hit hard by the Covid-19 pandemic.

The site, which has been vacant since 2018, lies south-east of Paisley town centre, on the corner of Sauce Street and Lonend.

Kelvin Properties aims to redevelop the site – purchased in September last year – and provide high-quality environmentally-friendly residential apartments that will provide new accommodation for members of the local community and attract others to move to the area. 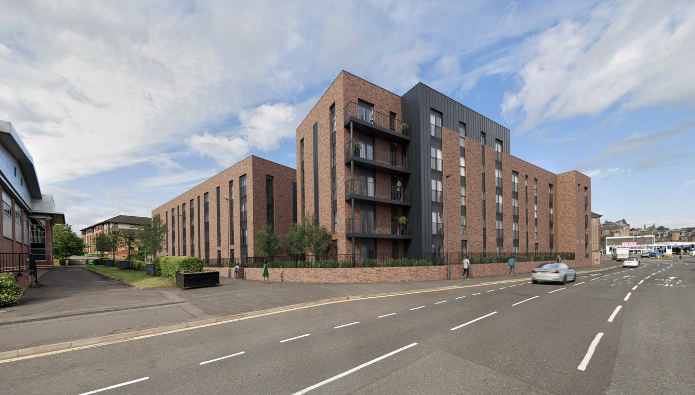 “The location is fantastic from a sustainable travel perspective. We see this as a key gateway site to Paisley town centre, for those travelling from the south along Lonend. We have sought to design and create a high-quality development that welcomes people to the heart of the town, while removing vacant buildings which can be an eyesore.”

Taylor says the scheme’s proximity to the town centre, as well as its accessible prices and ‘impressive environmentally-friendly features’ will be a major draw for first-time buyers and young professionals.

“We truly believe this development can help Paisley thrive,” he adds. “We are now very excited to progress our plans with Renfrewshire Council and bring our concept to life.”

Green travel will be encouraged, with a bus stop directly in front of the site and two train stations within a 10-minute walk offering direct trains to Glasgow city centre. There will also be 15 active EV charging stations within the site which help encourage the use of electric cars.

The urban regeneration specialist plans to re-use as much of the crushed material from the demolition as possible to accommodate the three flatted blocks, while solar PV panels will be used on the roof to power the three apartment blocks and further reduce carbon emissions.

Some 25 one-bedroom apartments in the development have been designed to include a standalone home working area out with the bedroom – a feature Kelvin Properties believes will future-proof the development in the wake of the pandemic.

Paragon Development Finance has completed a deal under its Green Homes Initiative, providing a £5.3 million funding package to Shorewood Homes or its new-build development in Winchester.

The development is set to achieve an Energy Performance Certificate rating of A, with the company using the latest materials and construction techniques to produce homes that minimise their environmental impact.

The deal was led on behalf of Paragon by relationship director Toby Burgess, with support from portfolio manager Joshua Mann. Paragon was advised by Brecher LLP, CBRE and MDA Consulting and the deal was introduced by Citygate Commercial Finance. 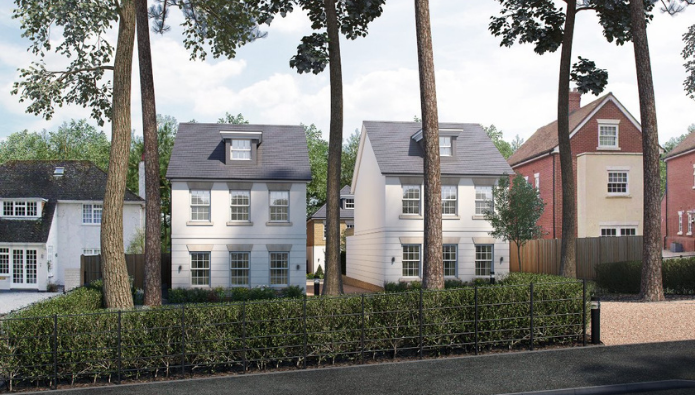 Shorewood Homes is a property development company focusing on Winchester and the wider Hampshire area. The company aims to create sustainable homes which fit well within the traditional environment of Winchester, with period-style features.

Richard Wickins, director at Shorewood Homes, comments: “We’re delighted to start work on these two developments in Winchester, and proud that it is one of the first deals under Paragon’s Green Homes Initiative.”

“We deliver developments on-time and to an exceptional quality, so we are confident the new development will prove popular with buyers. These homes will be built to ensure that they are of the highest energy efficiency, benefitting occupiers’ energy costs and the environment.”

He adds: “We have developed a strong relationship with Toby and the development finance team; we value their understanding of our business and how efficient they are to deal with.”

Toby Burgess, Paragon Development Finance relationship director, says: “Shorewood Homes has built a reputation for providing quality housing in Hampshire and we are delighted to be supporting them for the second time.”

“The eight houses that we are funding are expected to reach the highest energy performance rating, meaning Shorewood will benefit from Paragon’s Green Homes Initiative exit fee discount. Providing funding to support the creation of energy-efficient homes is of huge importance to the bank and I look forward to working with Richard and the team.”