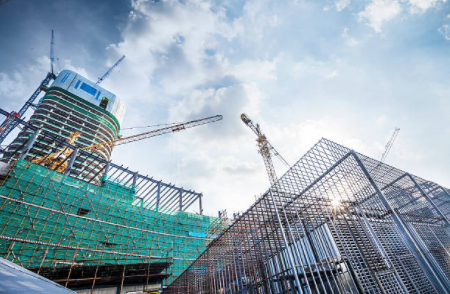 The cost of construction for a new-build property is set to climb by almost £18,000 per unit – a jump that could cost UK housebuilders £3.2 billion per year.

That is according to research by Sirius Property Finance, which shows that the current average cost of constructing a new-build home sits at £2,375 per sq m. With the average house coming in at 73.45 sq ms, that’s a total estimated construction cost of £174,444 per property.

With an estimated 181,846 homes built last year in the UK, that’s a total of £31.7 billion spent on the cost of construction.

However, a forecast from the Building Cost Information Service predicts overall build costs to climb by 10.2% annually as of the start of this year, with materials driving this increase (+18.7%), while labour costs will see a more marginal increase (2.5%).

Based on the latest housebuilding figures, this could push total construction costs across the sector to just shy of £35 billion, a £3.2 billion increase.

Conversely, previous research by Sirius found that the asking price of new homes brought to market by large developers is currently £370,727, meaning that the current cost of construction accounts for 47% of a property’s value.

A 10.2% increase in construction costs would see this increase to 52% of asking price – a 5% uplift.

However, the nation’s SME housebuilders would be better positioned to absorb this additional cost. With the average new-build delivered to market by SME housebuilders commanding an asking price of £543,108, current average construction costs account for just 32% of a property’s value.

The same 10.2% increase in construction costs would see this percentage increase to 35%, and although this would still bring just a 3% dent to SME profit margins, this sits below the 5% suffered by the nation’s big housebuilders.

Head of corporate partnerships at Sirius Property Finance, Kimberley Gates, comments: “A shortage of labour and the increasing cost of materials has been an issue for UK housebuilders for quite some time now and it certainly hasn’t helped when negotiating the problematic pandemic landscape of the last two years.”

“Unfortunately, the year ahead looks like it will bring more of the same and there is now a wider expectation that the sharp hike in energy prices due in April will also lead to an increase in construction costs.”

Insight: How affordable housing targets can be reached ...

Supply/demand imbalance will continue in 2022 – warning ...

New home supply challenges will persist throughout the year, housebuilders have...