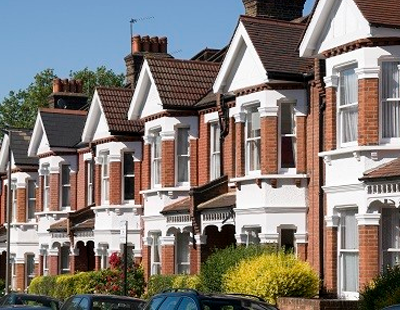 London houses are seven times more expensive than houses in the North, new research from Open Property Group has found.

The investment firm used house-price-per-square-metre data to uncover that London house prices sell for an average of £7,731 per square metre.

In comparison, cities in the North sat at the other end of the scale. Houses in Stoke-on-Trent sell for an average of £1,104 per square metre, while Bradford houses are close behind, selling at £1,307 per square metre.

Managing director Jason Harris-Cohen explains that while the British public is used to seeing a house price that reflects the entire property package, knowing the actual cost per square metre is 'a far more effective way’ of evaluating value for money.

“Using this method, buyers can compare the price of a like-for-like size property anywhere in the country, without superficial factors in the equation, which is essential for buy-to-let purchasers or anyone looking to add value,” he says.

“Pricing per square metre, however, isn’t just for investors. Being able to compare the cost of each square metre in different UK locations feeds into a key property trend for 2022 – knowing exactly how much space your money will buy you. This is important for many movers as there’s still pent-up demand for extra bedrooms, living space and a home office.”

Harris-Cohen concludes: “As our figures illustrate, you can buy up to seven times as much space in the North compared to London. When put like that, it’s easy to see why people will continue to look outside of London and the South East for their next home.”

You can view Open Property Grop's full study, complete with an infographic, here.

The year is commencing with significant optimism, as prices have risen...