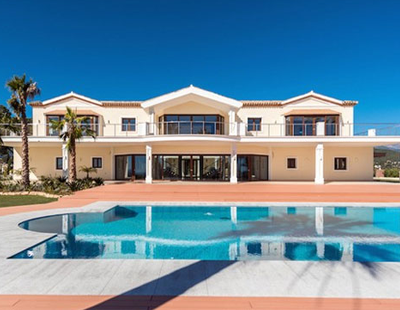 Just over a year ago (December 31 2020), the transition period for Brits to retire to European Union countries without the need for a visa ended, making previously highly popular investment locations (such as Spain, France, Portugal and Italy) potentially less attractive to British purchasers.

Although there was a rush from mid-2020 onwards to beat the transition period and claim residency in Spain, France, Portugal and other EU countries, there were also plenty who missed out due to Covid restrictions. Or, for many of those in the older demographic, most likely to retire to Europe, they missed out because they were instructed to shield by the UK government.

By the time that vaccinations were offering protection for retirees abroad, the transition period had passed, and a visa is now required for stays within the EU of more than 90 days in every six months.

With this in mind, Property Guides – which offers step-by-step resources to help investors purchase their dream overseas home safely and successfully – set out to discover if Brits who missed the deadline were giving on their plans, or ploughing on regardless.

A survey it carried out, conducted between December 30 2021 and January 11 2022, asked 900 people - all of whom had said they intended buying abroad last year - if they had bought as planned, were still going ahead, or had given up.

The results showed that 11% went ahead and bought last year, a massive 85% are still planning to buy, and only 4% have given up on their plans despite the twin challenges of Covid and Brexit.

Of the few who had given up, for now, most had been planning a retirement to Spain - and the average time they’d been planning the move was five years, meaning many were waving goodbye to long-cherished dreams.

Of the 11% who had already purchased, or were in the process, Spain was by far the most popular destination.

“Interestingly, those who were delaying or abandoning plans altogether were mainly retirees and those who completed on a purchase were predominantly buying holiday homes or investments,” Property Guides said.

“The vast majority of respondents still planned to buy but were delaying plans. The biggest blame for the delay fell on continuing worries about Covid, which was mentioned by 57% of people. After that, more than one in three were still hazy on post-Brexit procedures. The remaining 30% just hadn’t found the right property.”

“The overall picture, then, is that a small number of those planning a retirement abroad, mainly to Spain, have abandoned their plans, for now. However, those buying an EU holiday home have carried on, unaffected by post-Brexit rules and a large number, the vast majority in-fact, are still progressing with their plans to buy or retire abroad, with France the top choice.”

Property Guides says the best news for retirees to the EU is that the current system, whereby British citizens of retiring age can get free healthcare abroad with an S1 form, is continuing. They will need to be a resident in the EU country abroad, but it removes the worry for retiring Brits with pre-existing conditions, who feared they might be uninsurable or the cost prohibitive.

Pre-Brexit fears over visiting holiday homes have, again, not been realised, according to the firm.

“EHIC has simply been replaced by the GHIC, and free emergency healthcare will continue. Even so, they are encouraged to take out private insurance,” Property Guides explains.

No end to freedom of movement

“The clear evidence is that whatever the rules on freedom of movement, plenty of EU countries are keen for well-heeled Brits to come and live there,” Property Guides adds.

“In Spain, the president of the Valencia region which includes the Costa Blanca, said he wanted: ‘Brexit to be as Brexit-less as possible’ and that ‘recovering the British market is a priority for the Valencian community’. They want the current 90-day rule to be extended to 6 months.”

Portugal, meanwhile, has always welcomed ‘third country nationals’, as Britons now are in Europe, with a range of visas. This includes the Golden Visa for those buying a property over €500,000 (although there are some restrictions on where you can buy), and the rather more affordable D7 visa. This offers a visa for those who can show an income (above Portugal’s minimum wage) without working in Portugal.

Spain and France have similar visas, Property Guides says, with France’s only requiring you to show an income of €1,250 per month.

Greece and Cyprus also have golden visas, while Greece also offers a low tax scheme for retirees, all designed to encourage people to move there.

“So, an end to freedom of movement? Not really. Villages in southern Italy with populations under 20,000 are offering a 7% flat rate tax when you become resident there in retirement. Then there are the famous ‘one euro homes’ in Italy, yours for that price so long as you commit to doing them up using local craftspeople. A similar scheme operates in some less touristy areas of Spain,” Property Guides outlines.

“British people have always found ways to move abroad. From the days of empire, to the move to Australia, New Zealand, Canada and the Caribbean, and the more recent rush to the sun from the 1980s, well before ‘freedom of movement’, those with the motivation and ambition filled in the forms, or paid the experts and lawyers to do it for them.”

“We see that continuing in 2022, as the pandemic becomes something we all just live with, and the word Brexit is heard less and less.”

The Property Guides survey found that France is the most popular country for those still planning to buy, with 52% of the respondents saying they plan to move there. This was followed by Spain with 27% and Portugal and Italy some way behind on around 7% each.

The survey also revealed that around two thirds are planning to retire abroad, one in five are looking for a holiday home and 7% an investment or move for work.

In a further sign of some sense of normality returning –...

Revealed – why do people want to buy a home in France? ...

It’s an eternally popular destination for Brits to holiday, invest and...