This week is nothing but positive, with the release of Clive Emson’s diverse catalogue, impressive lots set to go under the hammer at Loveitts, and a range of investment opportunities at Bond Wolfe Auctions.

With property auctions becoming popular since Covid, is 2022 set to be the most successful year yet?

Auctioneer Clive Emson has announced 102 ‘diverse’ lots listed in its first auction of the year, along with various changes.

“Residential, commercial and development opportunities abound, with buyers and sellers embracing the use of our online auctions from the UK and abroad,” managing director James Emson comments.

“Investors tend to think long-term – they are looking to capital growth and rental income for enhanced returns; cash in the bank is losing purchasing power due to a challenging confluence of low-interest rates and inflation at a near 30-year high.”

“It’s great to see the increase in first-time buyers too - defined timescales guarantee that, if they are the highest bidder above the reserve, they have bought the property without being ‘gazumped’ or waiting months for documentation. This helps all buyers with the confidence to take part.”

Following feedback from sellers and buyers, proxy bids are being introduced on the online platform. Prospective purchasers can now enter their maximum bid and the ‘system’ will automatically bid on their behalf up to their maximum as and when other bids are placed.

Emson says: “The proxy bid is completely confidential and we, as auctioneers, will not be able to see your maximum amount, which is the same as when we were previously conducting ballroom auctions - the auctioneer never knew the proxy bids. This means it is fair and transparent for anyone wishing to take part in the auction.”

In a separate development, the firm has started to embed the proprietary geocode system What3words within its website to locate pieces of land or rural properties within a few metres.

The lot with the highest guide price in February’s auction, at £850,000-£900,000, is a former doctors’ surgery in Eastbourne, East Sussex, with planning permission for a terrace of three houses (lot 9). 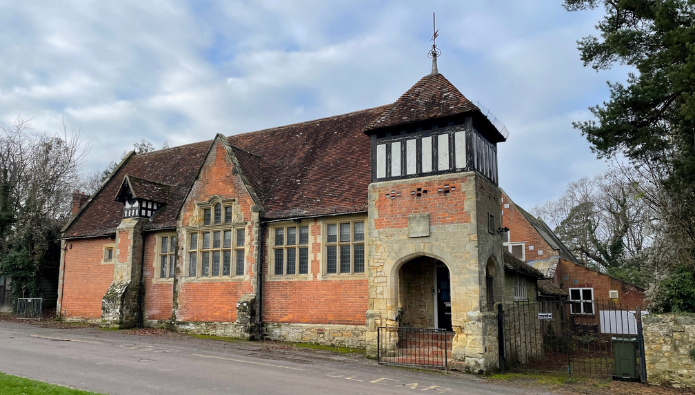 Get me to the church on time

Four buildings with religious connections are also due to go under the hammer.

Currently let at £30,600 per annum to Kent County Council, a sports cycle park in Gravesend, Kent, is guided at £480,000-plus and is being sold on the instructions of trustees (lot 33).

It’s located on Mare Street, close to Regents Canal, shopping, bars and restaurants in Market Broadway. Within half a mile are rail connections at Cambridge Heath (overground) and Bethnal Green (Central Line).

Rob Marchant, Clive Emson’s Hampshire auctioneer, says: “A lot of people will have worked out at Lougars Gym & Fitness Centre, which counted Arnie ‘Mr Universe’ Schwarzenegger as an illustrious member when he lived here in the city in the 1960s to train with the best.”

“The two-storey property is likely to attract keen interest, perhaps from previous users. Perhaps Arnie himself might want to make a bid for old time’s sake. Planning permission is pending for three two-bedroom flats in the style of New York lofts.”

You can view the video tour of the building here.

A strip of land priced at just a pound, a farmhouse expected to reach in the ballpark of £1 million and one of Coventry’s cheapest homes are among an exciting haul of lots set to go under the hammer next month with Loveitts.

The firm – part of Auction House – has unveiled its latest line-up of properties, which include a wide range of homes and investment opportunities, all of which goes to auction on February 3.

Among its impressive selection is a piece of land comprising of roadway, paths and access areas in Beech Drive, Rugby. With a guide price of a pound, the lot is expected to spark interest among bidders. 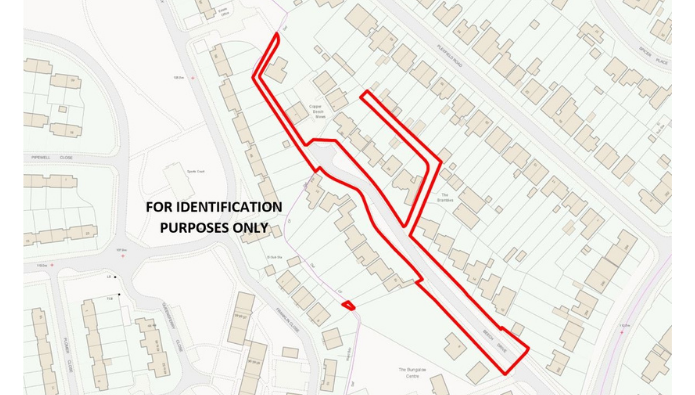 The auction also includes a one-bedroom maisonette in Coventry’s popular Tile Hill area, which has a guide price of between £60,000 and £80,000 – making it one of Coventry’s cheapest properties to buy.

The ground-floor property in Winceby Place has gas central heating and double-glazing, as well as a walled garden to the back. This potential investment property is leasehold with a 125-year term.

And from the cheapest to the most expensive property in Loveitts portfolio, Oak Farm in Meriden, is also set to go under the hammer with a guide price of between £950,000 and £1.1 million.

The six-bedroom detached farmhouse comes with a one-bedroom barn conversion bungalow, offering the option of additional family accommodation or a potential home-based business.

Sally Smith, director and auctioneer at Loveitts, says she is very excited by the wide-ranging selection of properties at the next auction.

“This is an incredible range of homes and investments, and we are expecting a great deal of interest as the auction offers something for every requirement and budget. We have properties in the centre of a busy city as well as a luxury farmhouse set in an idyllic countryside location,” she adds.

“The auction market is still strong, despite the unsettling impact of the pandemic, and Loveitts has been able to embrace new technology to ensure that 2021 remained a busy year, through the use of online and live-streamed auctions.”

Last year, Loveitts – the only auctioneer in Coventry – hosted 17 auctions and achieved an impressive 87% success rate. It is also part of Auction House which began with a simple purpose: to streamline the property market to make it faster and easier for sellers and buyers, nationwide.

Loveitts prides itself on adhering to the philosophy of Auction House to ensure buyers and sellers benefit from expert advice, a fair and efficient process, and a more certain outcome making it faster and easier for everyone to sell and buy property with confidence.

The next auction will be live-streamed on Thursday February 3 at 6.30pm. Bidding will be available either by telephone, proxy or online bidding. Anyone wishing to bid, should follow the link to register online here.

Bond Wolfe has released details on the highly-anticipated lots set to go under the hammer at its February sale, from a Derbyshire pub with planning permission for nine apartments, to a house containing three flats.

A former public house in a Derbyshire town, called Brennan’s Bar at 2 Regent Street in Long Eaton, has been listed with a guide price of £250,000-plus.

The vacant freehold property, which was previously a Conservative Club until the early 2000s, lies in a prominent position fronting the northern side of Regent Street within Long Eaton town centre, near to the busy Market Place.

Described as ‘deceptively spacious’, the building is a three-storey and end-terraced public house with associated living accommodation.

The lot has planning permission for conversion into nine apartments and is set to attract competitive bidding at the auction next month.

There is currently a bar, two lounges, a function room, kitchen, stores and toilets on the ground floor, with a landing, bar, office or meeting room, more toilets and stores upstairs and a lounge, kitchen, two bedrooms, bathroom and more stores on the second floor.

But the property also benefits from planning permission granted by Erewash Borough Council for a change of use to become nine residential apartments with associated external alterations.

A copy of the planning permission and associated drawings will be available for inspection within the legal pack to interested parties.

Elsewhere, a large corner building in an inner-city Birmingham suburb with planning permission for conversion into eight apartments is another highlight.

The detached, triangular and arrow-shaped property at 297-299 Rotton Park Road in Edgbaston has been listed with a guide price* of £297,000-plus. 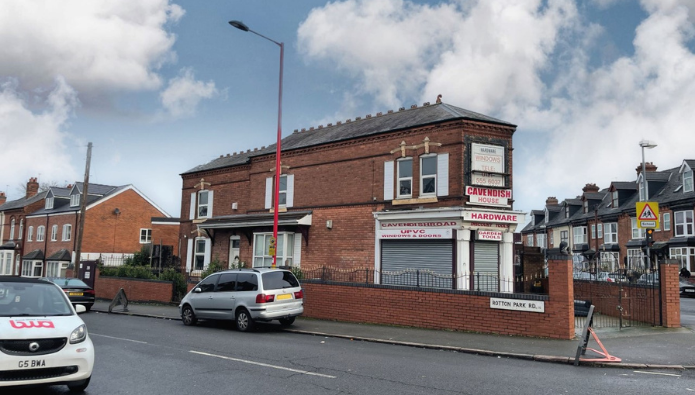 Previously arranged as a ground floor retail shop with residential living accommodation above, the building has been granted planning consent by Birmingham City Council for change of use to eight self-contained apartments.

This included the erection of a two-storey side and rear extension and the installation of a new roof with dormer windows.

There was also previous planning for a conversion to a 10-bedroomed house of multiple occupancy, which a buyer may be able to continue with subject to consents.

As it stands, the ground floor has a former retail area, inner hall with cellar and two further rooms, with a landing and four rooms upstairs, while outside are front gardens and gated access to parking in the rear garden area.

Also in Birmingham lies a house containing three flats that will attract the attention of property investors.

The property at 1 Abbotsford Road, in Sparkbrook – the busy district at the heart of the city’s famous “Balti Triangle” – is listed as a residential investment with a guide price* starting at £100,000-plus.

The substantial end terraced property has been converted into three self-contained flats that currently generate annual rental income of £17,820. 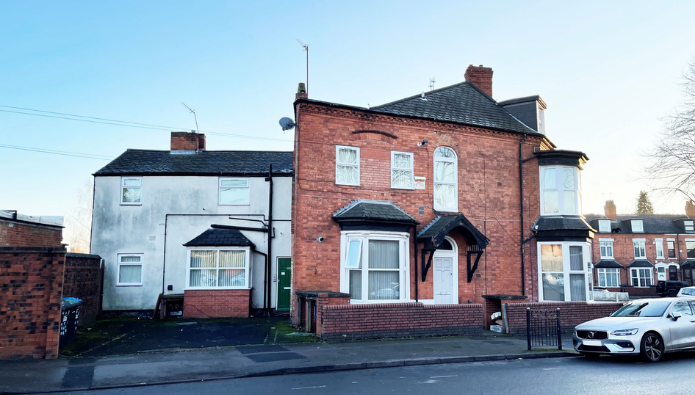 Ian Tudor, joint managing director auctions at Bond Wolfe, says: “This kind of property generates strong interest from both large-scale investment companies and property owners building their own buy-to-rent portfolios, so we are predicting highly competitive bidding when it goes under the hammer.”

“While the freehold is being sold subject to the three existing tenancies, there is clearly potential for redevelopment on such a large site or it could be converted back into a single dwelling – subject to planning permission.”

The property stands back from the road behind a front garden with off-road parking. It is fitted with a gas-fired central heating system and UPVC double glazing.

These highlights are among 159 lots that will appear in Bond Wolfe’s next auction which starts at 9am on Wednesday February 9. The auction will be live-streamed via Bond Wolfe’s website with remote bidding by proxy, telephone or internet only.

Auction roundup – will commercial auctions top resi ones in 2022? ...