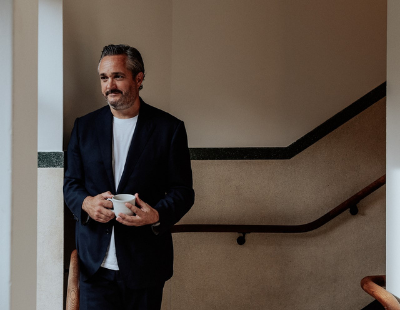 In this guest piece, Alec Watt, chief executive officer of the Accouter Group of Companies, outlines why investors would be unwise to ignore Build to Rent.

The events of the past year have had huge repercussions on the housing market. One key change, is that many people are now more flexible about where they live and work – a shift which has seen many look on rental properties more favourably.

Traditionally, the rental sector has a poor reputation. More often than not, private rental properties are poorly maintained, low quality and with rents which are unjustifiably expensive, but now, there is a new rental sector which is giving developers the opportunity to change the image of the rental sector for good.

Build-to-rent is a relatively new concept: property developments designed with the sole intention of appealing to the rental market, as opposed to long-term home ownership. Originating in the US, the concept first came over to the UK in 2012, as a solution to the rise in renting. In order to appeal to the lifestyle of prospective renters, the developments are not only designed to meet modern standards of living, they go one step further by attempting to create mini communities within their developments, with communal features such as gyms, lounges and dining spaces.

You only have to look at the figures to see that build-to-rent is a growing market. In London alone, there are 83,000 homes in the build-to-rent pipeline, as growing numbers of people seek quality, well-managed rental housing. The trend isn’t only confined to the capital – each of the UK’s major cities now boasts impressive build-to-rent developments and commuter towns up and down the country are rapidly following suit, creating significant demand for regeneration.

With the rapid growth of this new sector, comes a great opportunity for investors – to capitalise on the societal changes leading to the rise in renting and to make their mark on the market, whilst making great gains along the way.

There are significant benefits to the build-to-rent solution for developers. Firstly, the model offers great financial advantages. In addition to tax incentives proposed by the Government, the model provides developers with a residual income, alongside the capital growth associated with owning property on this scale.

Further to this, the model is an exciting prospect for developers looking to achieve recognition in the market. Due to the fast moving nature of the model, developers have the chance to quickly jump on emerging trends in design, to adapt to the changing needs of the public and effectively define the benchmark in aspirational living, by offering residents with so much more than just a place to live.

Demand for rental properties is predicted to continue rising. Savills’ latest ‘Mainstream Rental Forecasts’ report predicts that the rental market will remain price sensitive for a period of time, followed by stronger rental growth in 2022. Looking at the build-to-rent market specifically, research by Ascent Properties predicts this could grow to make up for 20 per cent of the new build market in the coming years.

As it’s clear the sector is going to continue to grow, the benefits for developers and investors alike are clear. Rising rents and rising property prices create a win-win commercial scenario, there is ample opportunity to break boundaries with fresh and innovative design and ultimately, developers can do their bit at offering tenants with greater choice, and helping to solve the housing crisis.

Build-to-rent is not a trend to be overlooked.

*Alec Watt is the CEO of the Accouter Group of Companies

If your property is currently occupied by a business tenant and...