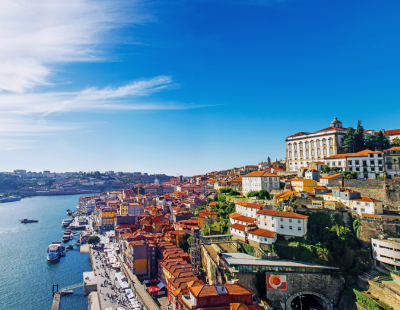 Expat financial planning firm Blevins Franks held a webinar earlier this month – named ‘A conversation about Moving to Portugal’ – to give potential movers and investors a greater insight into what the country offers from a finance, healthcare and education point of view, amongst other things.

Some of the main highlights of the webinar are set out below and you can watch the hour-long session it in its entirety at the bottom of this page.

It’s not widely known, but there are other favourable tax breaks aside from non-habitual residency – for example, in Portugal, there is no inheritance, wealth or gift tax. By contrast, the likes of Spain and France tax heavily in these areas for foreigners.

Portugal also has a flat income tax of 20% on High Value Added activity, which was introduced in 2009 and has been an important driver of new residents and FDI (foreign direct investment) to Portugal.

Portugal has a large expat retiree population, who typically enjoy the golf courses and beaches of the Algarve but also increasingly in the major cities like Lisbon and Porto, and rural inland locations where you can really get away from everything.

But, increasingly, younger professionals and families are looking to Portugal – even more so now that the boom in remote working has made being a digital nomad much more achievable and desirable.

The webinar said there are lots of fantastic state school options in Lisbon, but ULIS (United School Lisbon) was developed in response to growing demand for international schools, including local government, who recognised a shortfall in international schools in central Lisbon.

Once complete, ULIS will eventually be a 1,200-student school.

Elsewhere, there are good public options, but the curriculum is in Portuguese and there are no English-speaking options.

Healthcare is an extremely attractive pull factor for many foreigners considering Portugal.

Americans, in particular, are always astounded by the affordable prices and the quality of healthcare. As a foreign resident, you have the exact same access as the Portuguese.

The costs are around €3.50 per consultation or €80 privately.

Another of Portugal’s key benefits, according to the webinar, with very low crime rates and frequently ranking highly on the global peace index.

Portugal update - how is the market performing post-Covid and post-Brexit? ...

Portugal has long been a favourite destination for British holidaymakers and...

Chitra Stern: The balance of women in leadership is gradually changing ...

Off the back of International Women's Day, which took place on...

Airbnb hosts – five considerations before renting out a property this summer ...

With over 40 million Airbnb users across Europe and the US,...