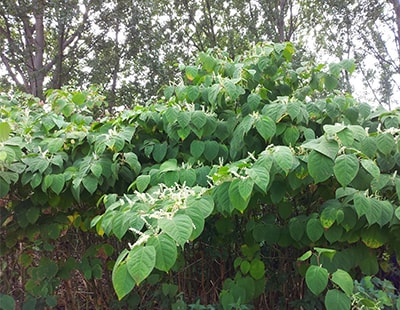 Japanese knotweed is detrimental to the property industry. It can reach up to 10cm a day in just 10 weeks and its stems can reach 3-4 metres in height. If the person occupying the property causes or allows the invasive plant to spread onto someone else’s property this is against UK law.

A new study by Horticulture.co.uk has discovered that the number of Japanese knotweed cases has increased by a staggering 28% in the UK in just the past five years.

By analysing 29,536 confirmed Japanese knotweed cases in the UK, from 49 environmental organisations including National England, Environment Agency, and National Trust the results were concluded.

The invasive plant and the property market

The underground roots of the plant are extremely difficult to eradicate. Treating the invasive plant can take up to three years.

Dean Wilson at Horticulture.co.uk comments: “When instructing a surveyor for your new home purchase, always ask them to look for Japanese knotweed and other invasive plants.”

“This is especially important if the property borders an old or existing railway line, or is close to a river, canal or stream – where the plant is known to spread via small fragments of root that work their way downstream.”

A YouGov survey that was conducted previously by Horticulture also revealed more about the plant and its impact on the property market.

The survey indicates that many homeowners are unfamiliar with the plant. This is because only under half of the respondents were able to identify Japanese knotweed from a selection of photographs.

To help protect homebuyers from purchasing a property with the invasive plant Horticulture.co.uk have introduced an interactive map that can be used to track cases.

The ongoing issue with Japanese knotweed raises questions about what the government is doing to remove this species of plant.

In 2015 a national eradication programme was proposed, but this was rejected by the government at the time because of the estimated cost that totalled a staggering £1.5 billion.

The interactive map is an innovative creation that could help many homeowners and home movers prevent the issue. However, there is still a long way to go as the study also shows an additional 19,702 unconfirmed cases of Japanese knotweed exist, and even more unreported cases are likely to exist.

Below is a table that shows the UK regions with the largest growth in live cases over the last 5 years:

The UK's recent storm season could lead to a greater infestation...

Homeowners lose more than £4,000 due to Japanese knotweed infestation ...