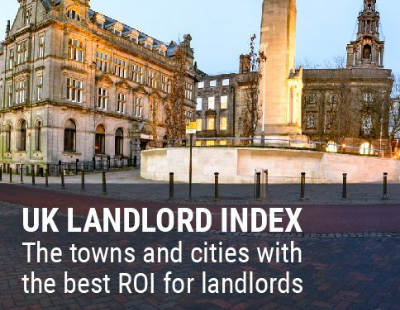 Property investment can be a very lucrative endeavour for investors and landlords, and new research from the estate agency, Coulters, reveals the towns and cities with the best and worst return on investment.

Coulters are an Edinburgh based agency and conducted their research by analysing the data of average house prices versus average rental prices to find out which cities offer the best return on investment (ROI).

How Coulters worked out the ROI for landlords

Coulters took the average house price in each city, figured out the mortgage repayments based on a 35-year term, 20% deposit, and 3% interest rate, and used this data to determine the annual profits. Coulters converted these figures into a percentage of the overall cost of a house to give the ROI.

Top 10 UK cities with the best ROI for landlords

The Lancashire city of Preston tops the list and offers the best ROI for landlords. The average Preston property is sold for £176,378 and the average rental price is £981 pcm and gives landlords a profit of £438 per month and £5,256 per year, giving an ROI of 2.98%. 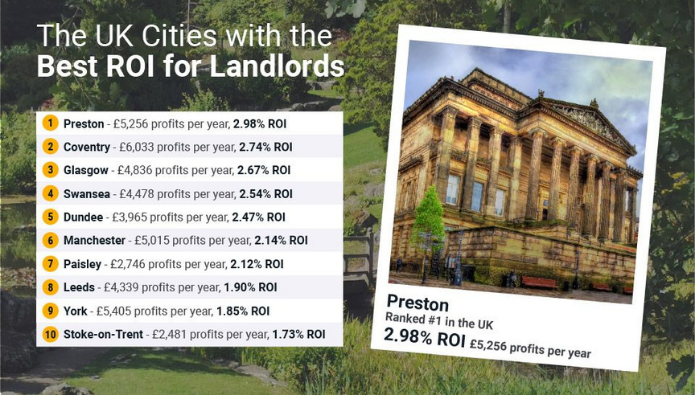 Top 10 UK cities with the worst ROI for landlords

Warrington’s relatively cheap rents make it an ideal choice for renters but a less lucrative city for landlords. Cambridge ranks second with an ROI of -0.86% and Crawley comes in at third place with an ROI of -0.50%.

Is it better to invest in Scotland or England?

You can view Coulters' full research, including the top 50 best towns and cities to invest in, here.

The regeneration of Britain’s high streets is being significantly boosted by...

With the property market undergoing tumultuous changes since the onset of...