This week, PIT takes a closer look at the success stories for Auction House London, iamsold, Auction House and Allsop, indicating the heightened demand for auction property as we continue to navigate a Covid market.

Pressure from buyers was high and continued throughout Auction House London’s July sale, which cleared almost £28 million in sales.

Some 87% of lots sold at last month’s auction; and land proved a top option for many buyers. In a tense battle, bidders fought it out for this plot with no planning permission in Windridge Close, St Albans, Hertfordshire, before the virtual hammer came down at £153,000 from a guide of £10,000.

Auctioneer and director of Auction House London, Andrew Binstock, comments: “Properties in need of improvement and with potential are being snapped up in a market which shows no signs of cooling down. The stamp duty holiday might be over, but business is brisk and it’s an excellent time to sell.” 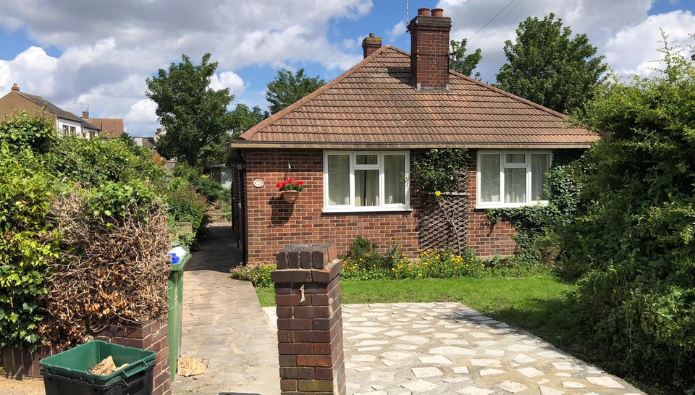 It's a market where all types of property are selling well, including homes ripe for renting out and those needing superficial updating. An end terrace in Enfield, Middlesex sold well above its reserve and guide of £300,000 at £408,000.

Binstock, adds: “Virtual property auctions have been embraced by both buyers and sellers and are here to stay. We’re unlikely to return to a real auction room before the end of 2021, particularly as Covid infection cases remain high and the system introduced at the start of the pandemic is working so well.”

Auction House London is now taking entries for its next sale on Tuesday September 14 2021 at 12 noon, which is being streamed live.

New statistics from auction specialists iamsold reveals that the average number of bids per property has reached a record high.

With such a frenzied housing market, demand across the sector has driven more buyers to choose auction to secure their dream home. In July alone, iamsold saw 4,895 bids placed, taking the total bids this year to 32,456, a 236% increase on 2020’s figures in the same period.

Sellers have been capitalising on the increased awareness of auction and digital confidence amongst buyers, meaning properties obtained an average of 12.5 bids during the last month, a figure which has doubled since August 2020.

Not only is this great news for sellers, but agents have also been reaping the rewards of the increase in popularity. The online auctioneer has paid out almost £10m in agent fees since January, a 156% increase on the same period last year.

Jamie Cooke, managing director at iamsold, explains: “The figures for July are extremely positive, with amazing results for our Partner Agents and their clients.”

“It’s clear that there is a real consumer shift which is resulting in rising demand for properties for sale via auction.” This was echoed in our recent survey where 80% of agents agreed that more agents should offer auction to ensure that consumers are clear on all the methods of sale available to them.”

According to Cooke, buyers who take the auction route aren’t going into the process blind. The format of the Modern Method of Auction means that transparency is embedded throughout, from the upfront information provided via comprehensive Auction Packs, to the full transparency of the 24/7 online bidding process.

“It’s a win-win because it supports vendors to get the best value for their property, and buyers to move quickly and securely,” he adds.

In a year where buyers and sellers have been keen to move in a hassle-free, swift manner, auction has come out on top. Since January, iamsold has sold nearly £500 million worth of property via the Modern Method of Auction, a 176% increase on last year.

On the day of the sale, there were 3,284 bids and more than 650 bidder registrations, with some of the most in-demand lots receiving more than 150 bids.

Richard Adamson, partner and auctioneer at Allsop, says: “The success of our August auction, held at the peak of the summer holiday season, has demonstrated the depth of demand for residential property investments, which remains reassuringly high.”

“Thanks to the online format, bidders are no longer tied to a specific location and can execute trades from the comfort of their sun loungers, around the globe.”

“We look forward to welcoming buyers back into the virtual auction ballroom at the end of September and hope the gradual easing of travel restrictions will remain on track, opening up new opportunities for foreign capital.”

Allsop’s next residential auction will be held online on September 30 2021.

Property auctioneer Auction House has announced the sale of its 2,000th lot in July – two months ahead of the time the same milestone was reached in 2020.

The milestone property in question was sold in Cumbria on July 15; a one-bedroom flat in Grange-Over-Sands which had been guided at £45,000 but sold for more than twice that figure, at £97,000.

“You don’t find many properties in Grange-Over-Sands in that price bracket,” says auctioneer at Auction House Cumbria Colin West, “so despite the fact it needed a full refurbishment, buyers were very keen to snap it up.” 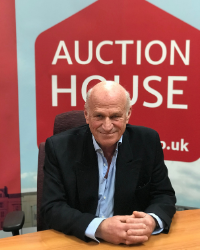 Auction House managing director Jeremy Prior comments: “The Auction House success story just keeps getting better. Not only are we selling more properties more quickly, but we are making more money for our sellers than ever before.”

“Results like this don’t just happen by accident. They are testament to our teams throughout the country, who have recognised the power of live stream auctions to attract active bidders and investors.”

He adds: “We offer our sellers the opportunity to sell either online or via live stream auction. Both methods have soared in popularity over the past 18 months. But nothing beats the impact of a live auctioneer leading buyers through the lots – so even before Coronavirus restrictions were fully lifted last month, we knew that live stream sales were a powerful force in the industry and here to stay!”

Auction House’s live stream auctions are attracting attention from around the world.

Auction House East Anglia Auctioneer Bryan Baxter recalls: “At our last auction, we had a buyer in New Zealand who was bidding for a former gardener’s lodge within 3 acres of walled Victorian kitchen gardens in Norfolk.”

“Although they weren’t the winning bidder in the end, they contacted us after the sale, saying: ‘Your system was amazing. We could see and hear and watch on the instructions what the figure was and if the bid was with us. It was really tight at the end; so exciting to keep pressing the bid button and so wrenching to have to take my hand off the mouse and not know if I had pressed it one more time the dream could have been ours.’

‘A big pat on the back to all of you for all your help, assistance, friendliness, and professionalism; we would not even have been a part of this event if you had not guided us through it.’”