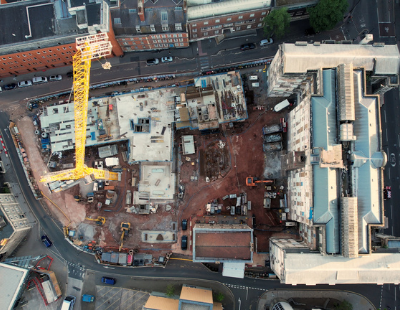 Unite Students, a student accommodation provider, has announced its new property in Bristol will be named after Princess Campbell, the city’s first black ward sister who helped lead the city’s fight against racial discrimination. The development site is the former Bristol Royal Infirmary building.

Drone footage has been released, showing the current progress of building work on the site in the heart of Bristol city centre. The property is within walking distance of the University of Bristol campus and nearby are the city’s main hospital, bus station, and central shopping area.

Unite Students bought the development site back in 2015, but hundreds of people signed petitions against plans to turn it into student accommodation, while the council rejected two applications.

Under the developer's new plans the existing hospital building will be used for private flats and student accommodation will be housed in new tower blocks.

The building’s ground floors will be designated for commercial use and a new landscaped public route will run through the site.

When the student accommodation site is complete, Campbell House will have 431 beds and is set to open in summer 2022, ahead of the start of the 2022/23 academic year.

Unite Students is investing £45million in the development and it marks the student provider's fifthteenth property in Bristol.

Matthew Loughlin, group development director at Unite Students, said: “Once complete, Campbell House will be the jewel in the crown of our properties in Bristol. The mixed-use development will create unique space, sensitively combining new with old, in a prime city centre location. We hope it will become a real asset for both the city of Bristol more widely and for the local community.” 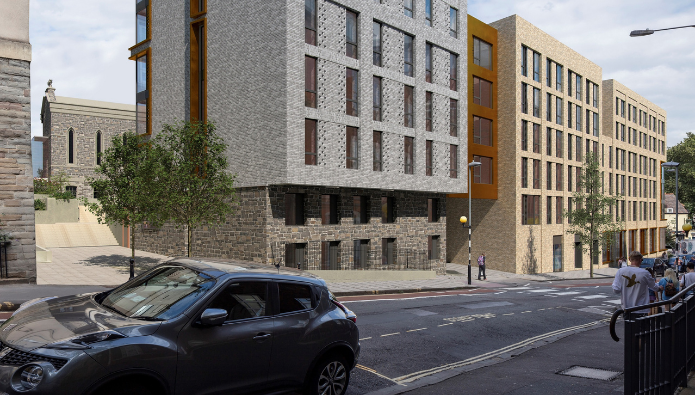 Who was Princess Campbell?

Princess Campbell was born in Jamaica in 1939. She arrived in the UK in 1962 and faced racial discrimination over housing and jobs. Campbell decided to start a new life in England after hearing government radio appeals for public sector workers.

Campbell then trained as a nurse and became Bristol’s first black ward sister and worked at Glenside Hospital in Fishponds. Apart from Campbell’s work in nursing, she worked at Wills Tobacco Factory for two years and became the company’s first black employee.

Campbell is widely regarded as a pioneer as she challenged racial prejudice in nursing and housing in the city after she arrived from Jamaica in 1962. Campbell received an MBE for services to the community in 2011 having campaigned tirelessly for black people and disadvantaged communities. She was also a founding member of the Bristol Black Archives Partnership.

In the 1980s, Campbell played a vital role in setting up the United Housing Association in an effort to combat the difficulties black people faced when looking for affordable accommodation. The association also built nursing homes for elderly people and sheltered housing. Princess Campbell passed away on September 3 2015, aged 76.