Promenade Estates alongside its partner MCI Developments has secured planning consent for 170 houses on a canal site close to Ellesmere Port town centre.

Promenade Estates are based in Liverpool whilst MCI Developments are located in Wigan.

The 10-acre plot is on Meadow Lane is situated close to the Ellesmere Port railway station and M53 motorway. The new development adds to another success story for Promenade Estates as they recently celebrated securing consent for 1,100 homes on a former glassworks in St Helens. 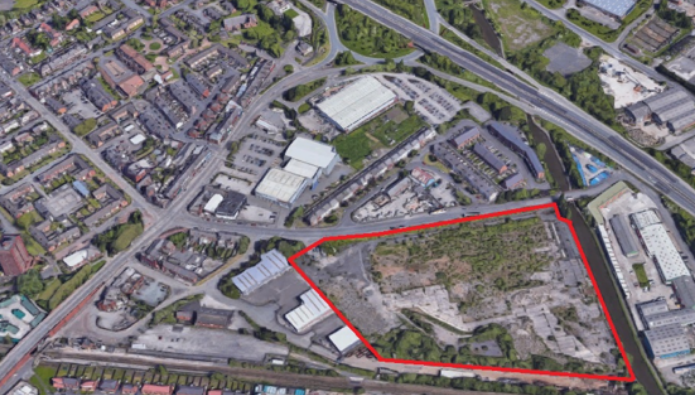 Hynd says: “We’re delighted with the outcome, which fits very much with our ‘brownfield first’ strategy.”

Alex Wood, regional managing director of MCI Developments, states: “A lot of hard work has gone on behind the scenes to secure this consent. We are now focused on concluding discussions regarding the site’s sale to a housing partner and will announce this in due course.”

Wood has also confirmed the company is aiming to begin building the new homes in August.

Wood adds: “We have a long-standing specialism in building high-quality affordable homes for registered providers and look forward to delivering an excellent scheme for the people of Ellesmere Port, on a site that has been derelict for over 15 years.” 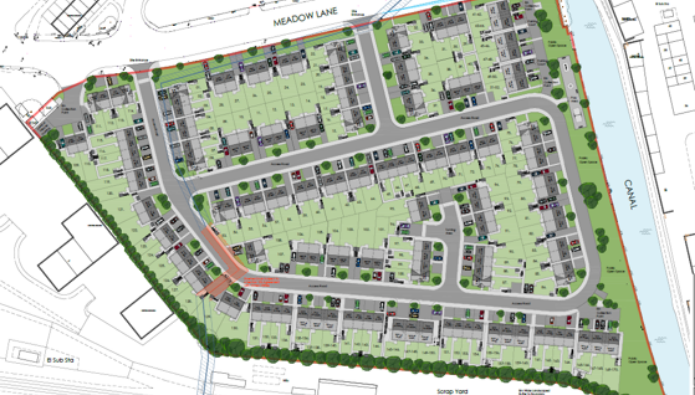 The approval is for a mixture of one, two, three and four-bedroom homes and these will likely be delivered for Affordable Rent, Rent to Buy and Shared ownership tenures.  Pegasus Group acted as planning consultants for the venture.

After five years, Marston Properties have completed their newest housing development in Crosland Place, Clapham and they have let out all nine flats.

Caroline Marston, chairman of Marston Properties says: “Standing in the green, peaceful and incredibly calming courtyard of the new building at Crosland Place in Clapham it is difficult to recall some of the huge obstacles we have had to overcome. It has taken us 5 years of nonstop effort and resource to get to the stage of handing over these new rental homes to their new occupants, but it has definitely been worth the long journey to create these well-designed and built homes.” 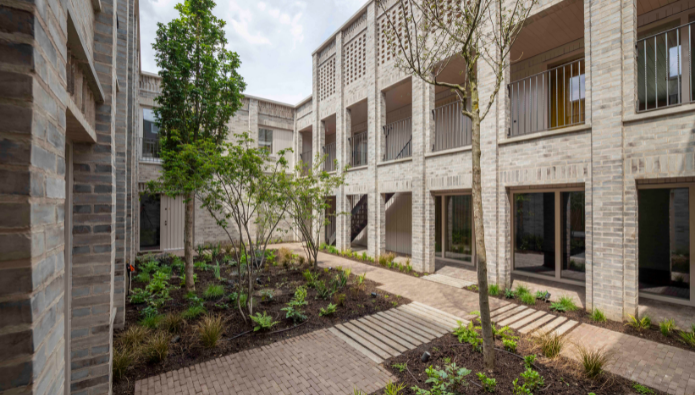 The development site was purchased from the Besom Foundation by Marston Properties in March 2016. Preapplication was then sought from Wandsworth planners and neighbourhood consultations. A planning application was submitted in late 2017 and planning permission was eventually granted in July 2018.

The residential scheme was designed by London based firm Sergison Bates Architects. To combat privacy fears, the courtyard was given an ‘inward looking’ design. Uprise Ltd was the main contractor after being appointed in summer 2019. Work began on the development site in October 2019 and ended in April 2021.

The new-build courtyard comprises nine apartments with two bedrooms and two bathrooms and their own terraces and courtyards. The apartments also have considerable storage space, wardrobes and separate cycle storage.

The letting agent received the keys in mid-May 2021 and within 5 days all apartments were let out. Occupants began moving in a week later and by the end of June, all the flats were set to be occupied.

Marston Properties planted three 4m tall trees and three 2m multi-stem trees in the courtyard as part of their work on the development site, 1 mature tree in the mews.  A tree was also planted in the nursery playground to replace a tree that had been removed. 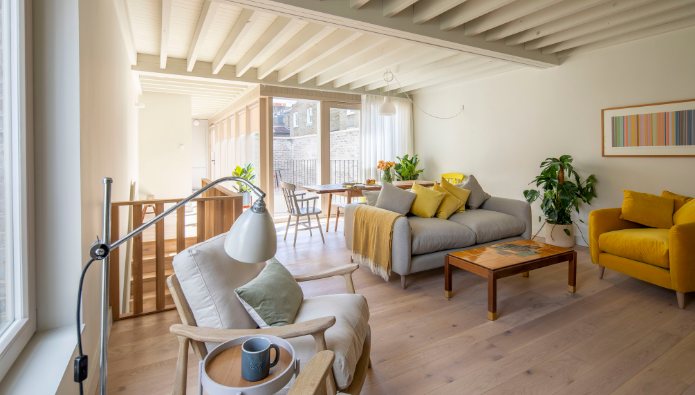 Legal & General have announced that the company has submitted plans to deliver its first Suburban Build to Rent (SBTR) scheme. The new development brings together Legal & General’s  Build to Rent, Affordable Housing and Modular Homes businesses.

Legal & General aims to deliver 200 new homes which will be affordable and sustainable and is part of its 2,750 home master plan for North Horsham. Modern construction methods will be used to speed up the site's building and remain environmentally friendly.

If Legal &General are granted planning permission, the £70 million scheme in North Horsham will deliver 124 Suburban Build To Rent homes. The scheme will also deliver 97 homes for social rent, affordable rent and shared ownership. Legal & General have also contributed to the completion of the infrastructure of Bohunt School to help local families have more educational options. Bohunt school is expected to be open from January 2022.

Nigel Wilson, group chief executive officer of Legal & General says: “England has a shortfall of over four million homes and the affordability gap for buyers and renters continues to increase. We are proud to be making the first steps towards delivering our first Suburban Build to Rent scheme in North Horsham to offer more quality rental options outside urban areas.”

Wilson adds: “It will also use modular methods of construction to ensure speed, scale and quality of delivery, as well as helping to build back better by delivering one of the UK’s first EPC A-Rated Suburban Build to Rent and affordable housing schemes.”

Investors – should you be considering Tel Aviv? ...

Sellers in central London ‘cashing in’ ...