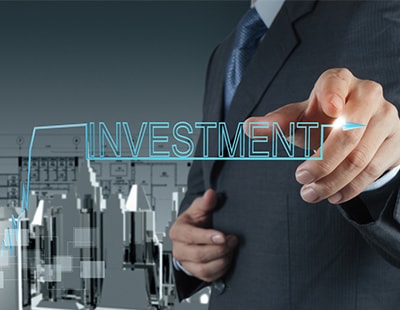 Letting agent Ascend Properties recently described Build to Rent (BTR) as the future of renting, and an analysis of data from the first quarter of 2021 reveals a recent increase in investments in the sector.

The estimated total price of BTR investments from 2012 to the present was analysed by Ascend Properties. Findings suggest investors, developers, and renters will favour this sector as further growth is anticipated.

Purposeful homes designed specifically for rental have an audience according to Ascend Property because recent statistics reflect this.

Why are Build to Rent investments becoming more prevalent?

In the UK the Build to Rent sector broke previous records in Q1 2021, with an estimated £1.2 billion in investment, making investments in this market 335% higher than it was in 2012.

With new rental developments in the works such as Makers’ Yard in Birmingham and retail giant John Lewis also joining the BTR revolution, it is evident BTR investments are on the rise.

Managing director of Ascend Properties, Ged McPartlin, explains: “The benefits of build to rent are multi-layered. For renters, it offers a new, exciting alternative to the private rental market. The sector focuses on vibrant, urban living and is built around an ethos of community that is missing from traditional rental markets. As new generations opt to rent as a lifestyle choice, we will see demand for build to rent soar even more.”

“But the greatest benefits are there for developers and investors. Build to Rent is, at its core, a very simple model. Because of this, it is a relatively risk-free venture. Developers are, for example, less reliant on collaboration with third parties such as estate and letting agents to find tenants for the units, thus increasing the speed and efficiency of filling new developments."

“And furthermore, due to build to rent homes often being a step up in quality and standard compared to private rental market, tenants are often inclined to sign longer tenancy agreements, thus reducing the risk of voids."

“The sector is seen by some as a bridge between renting and owning, so those developers who go as far to provide freedom for tenants to personalise their home with wall colour, etc, will likely enjoy even longer tenancies and even less turnover. All of this contributes to a very attractive investment opportunity for all involved.”

Although data from Q1 continually demonstrates a high total price of BTR investments, the annual totals are rather unbalanced. From 2012 to 2021 these exceeded 100% with a promising figure of 335%. Yet from 2019 to 2021 this was lower than half with only 43%.

The table below shows annual BTR investments totals throughout the years.

Ascend Properties suggests during the inception of BTR, arriving from the USA to the UK in 2010, many Brits were unfamiliar with it. This unfamiliarity meant there was less interest, and it took years to adapt to the model.

By Q1 2019 the sector had an investment total of over £858 million. In Q1 2020 annual growth slowed to 8.7% owing to the Covid-19 pandemic people perhaps were not as keen to invest during such an uncertain time.

With more BTR developments popping up around the country, and especially in the capital, landlords, letting agents and investors should be aware of the rise of interest in the BTR sector.