This week’s auction roundup sees record toppers from Bond Wolfe Auctions and Strettons, a particularly unusual lot on sale via Pugh, and a momentous South African winery for sale with High Street Auctions.

Northwich public toilets up for auctions at Pugh

A public toilet block in Weaverham, near Northwich, has been put up for sale by auction with a guide price of £10,000.

The council-owned building, next to the Esso petrol station in the town, will appear in auction house Pugh’s online sale in August.

The former public toilets are on a 1,700 sq ft site which auctioneers believe it could be suitable for a range of alternative uses.

Paul Thompson, managing director at Pugh, says: “We’ve had some interest in the site already and investors are continuing to display an appetite for new opportunities. It would be great to see this site put to an imaginative new use that would transform it into an asset to the local Weaverham community once again.”

“Any change of use would require planning consent from Cheshire West and Chester Council, but there any number of possibilities for a new development in this thriving area.”

Since the onset of the Coronavirus pandemic Pugh has sold lots totalling over £60 million at its auctions, held on the firm’s online platform.

Bidding on the former toilets, and the other lots in Pugh’s online auction, opens on 18 August and closes the following day. To view the full catalogue, click here.

Bond Wolfe has broken its previous record for the total number of lots sold in a single day, raising more than £29.2 million in sales.

Its latest live-streamed auction on July 21 saw 222 of 231 lots sold, earning the auctioneer a success rate of 97%.

Gurpreet Bassi, chief executive of Bond Wolfe, comments: “Despite the end of the first phase of the stamp duty holiday, the marketing period for this auction remained as busy as ever.”

“This interest was then reflected in another marathon livestreamed auction, with the growing demand for well-priced property continuing.” 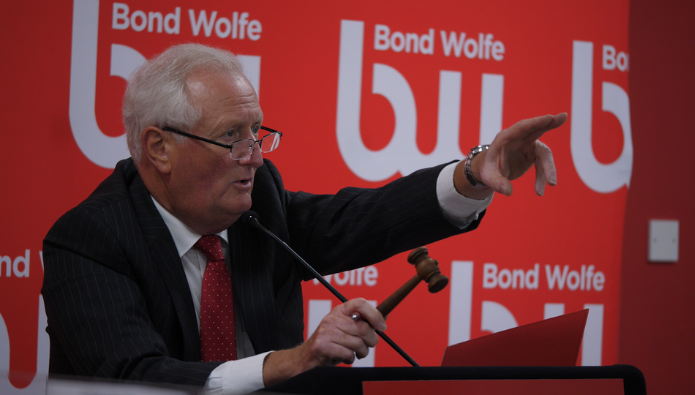 Standout lots included the two-bedroomed, semi-detached Vine Cottage on Church Lane, Wishaw, near Sutton Coldfield, which after competitive bidding was sold for £380,000 from a guide price of £195,000-£225,000.

Down in south Birmingham, a three-bedroomed, semi-detached house at 42 Horse Shoes Lane in Sheldon also proved popular, selling for £237,000 from a guide price of £125,000-plus.

Over in Kings Heath, the hammer eventually came down on a mixed-use investment property at 804 Alcester Road South for £203,000 from a guide price of £137,000-plus.

Interest in properties in the north of the city was also strong, with a three-bedroomed, semi-detached house at 406 Old Walsall Road in Great Barr selling for £175,000 from a guide price of £125,000-plus.

There was also healthy demand for several commercial ground rents being sold for Birmingham City Council in the auction.

Bassi adds: “We are delighted with the continuing healthy results we are achieving for our vendors which once again demonstrates that auction buyers’ appetites for attractively priced property remains strong.”

Strettons raised £12 million at its July 15 auction and achieved a 90% success rate.

The highest price of the day was for a freehold detached bungalow with development potential in Uxbridge, Middlesex, which sold for £650,000 – slightly above its guide price.

This was followed by a freehold residential investment comprising two flats in Walthamstow, selling for £542,000 against a guide of £425,000.

Other notable sales included a freehold vacant semi-detached house in Chingford, which reached £316,000, over double its £150,000-plus guide price. In Rainham, Essex, a freehold commercial investment and vacant two-bedroom flat sold for £407,000 against a guide of £280,000.

As with previous Strettons’ sales, a series of land investments sold on behalf of advertising agency JC Decaux were also popular. All sites sold, with prices ranging from £40,000 for a site in Swindon, to £142,000 for a site in Southampton, significantly above its £85,000 guide price.

Commenting on the sale, Strettons’ director and auctioneer Andrew Brown says: “There was good, strong bidding for the vast majority of properties on the day which I think demonstrates a robust market with plenty of buyer interest. I am very pleased with the results, and I am looking forward to our September sale for which lots are now invited.”

Lots are now invited for Strettons' next sale which takes place on Tuesday September 14 2021 and will once again be live-streamed with remote bidding.

A historic winery on the slopes of the Simonsberg in Stellenbosch, South Africa, is to go under the hammer at High Street Auctions’ August sale.

For nearly 30 years the estate has been owned by Anne Cointreau, whose family has produced wine, champagne and spirits in France since 1272. Her great grandfather Adolphe created the famous orange liqueur that carries the family name and her grandfather the luxury Remy Martin brand of cognac.

According to Joff van Reenen, director and lead auctioneer of High Street Auctions in Johannesburg, the historic Morgenhof Estate spans a rambling 210 hectares with just over 70 hectares currently under vine.

He says: “Substantially adding to the attraction of the estate itself is the fact that it will be auctioned on August 25th with considerable foreign exchange and assessed tax loss incentives that would be extremely beneficial to the eventual buyer.” 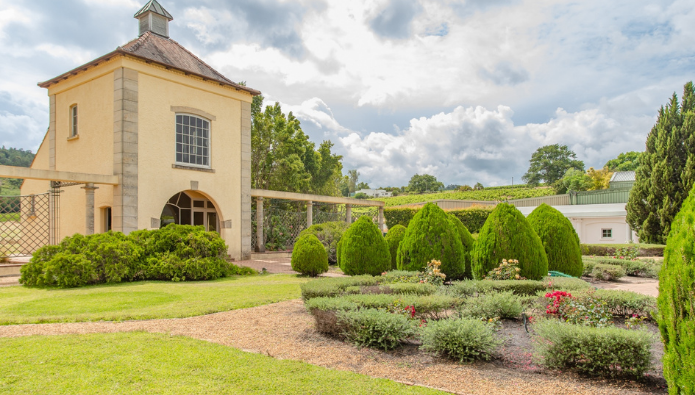 “With regards the estate itself, two luxury manor houses with exquisite finishes and furnishings, a wine tasting venue, a wedding chapel, guest cottages, function rooms, a unique architect-designed sunken octagonal skylit wine cellar and a large award-winning winery are just some of the special features of this splendid property.”

“Morgenhof is also a true pioneer of South African viticulture. Dating back to 1692, one can trace the rich wine-making history back to the original French Huguenots,” he adds.

Van Reenen says the built infrastructure improvements on Morgenhof include:

Morgenhof is being auctioned as a going concern, with all furniture, fixtures and fittings included in the sale. The contents of the wine cellar will also form part of the auction lot. 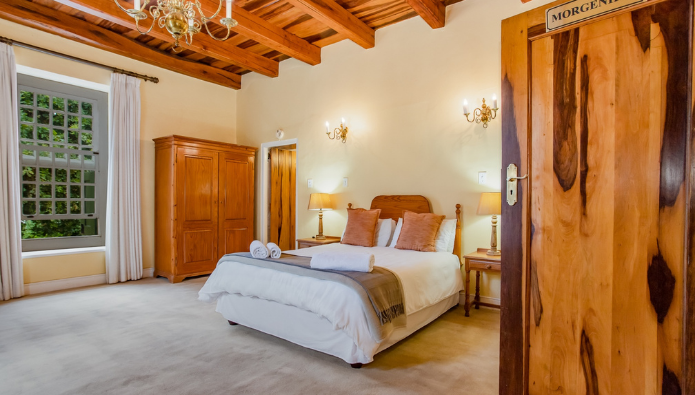 “This is an established and well-diversified business with multiple income streams that offers a new owner with vision, massive potential to expand,” Van Reenen comments.

“The current owner wants to see that legacy continue for another three centuries, so after three decades of contributing her lineage’s 800 years of viticulture experience to this estate she is handing over the reins. Anne Cointreau will be returning to France to retire and enjoy life with her extended family, and we wish her well.”