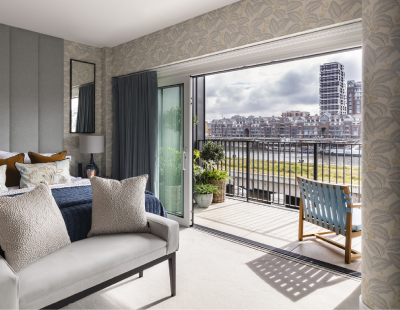 Living well in retirement and into old age has become a very hot topical issue in the last 15 months or so, with most deaths from Covid among those in the 65 and over category.

The pandemic has also once again shone a harsh light on the adult social care crisis and the inadequate response from government of all stripes for decades.

Some believe retirement living – also known as senior living – is the answer, providing high-quality, bespoke homes and amenities for those in their retirement, with all social and healthcare needs met to help combat loneliness and illness.

One company looking to lead the way on redefining retirement living is Riverstone, a £3 billion Goldman Sachs-backed portfolio which aims to deliver ‘exceptional living’ for over-65s in prime Central London. It recently launched the first two schemes in its development portfolio in Kensington and Fulham.

Here, we chat with Riverstone’s chief executive, Jason Leek, about transforming retirement living, affordability and demand from the over-65s for city living.

You talk about redefining retirement living - can you explain more?

With more people living longer and more fulfilled lives, there is a significant shift in what over-65s are looking for when it comes to how and where they want to enjoy their later years.

Downsizing to a bungalow by the coast is not everyone’s cup of tea. Some want to remain in vibrant locations surrounded by their social network, which is why we established Riverstone.

Taking inspiration from the more mature retirement living markets in the United States, Australasia and Canada, the world-class communities being created by Riverstone in prime central London focus on the health, happiness and well-being of our residents. 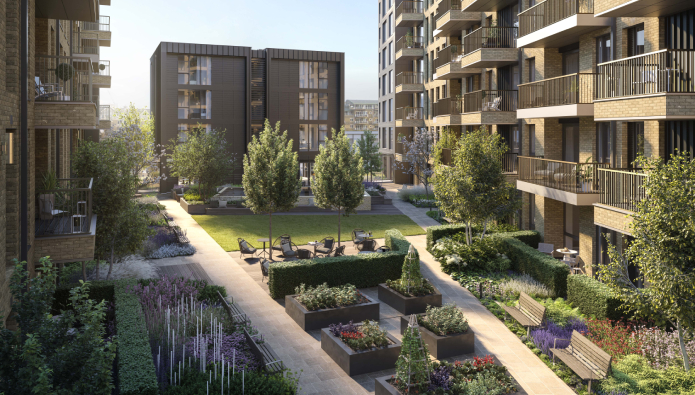 The family-friendly amenities we provide are an extension to the residents’ apartments, providing access to libraries, bars, restaurants, cinemas, spas and club rooms. Yet, our attention to detail not only looks at the lifestyles of our residents, but also how residents want to live their lives.

It focuses on factors such as the integration of well-being and bespoke care and how residents want to incorporate this into their daily lives should they wish.

Alongside this, we’ve started working with carefully selected partners such as Jekka McVicar VMH, the renowned herb specialist, to curate dedicated herb gardens at our Kensington and Fulham communities.

The prominent focus on well-being for all ages has also led us to appoint a dedicated Well-being Director, geriatrician Dr Zoe Wyrko. We see this as a unique offering in London that helps over-65s carry on living the life they want to lead, not the one they feel they should.

Retirement living is very niche here compared to the US and seemed to decline a bit last year despite the pandemic. Does this tally with your experiences?

Retirement living is a much smaller market in the UK when compared to our neighbours across the pond, but this doesn’t mean there isn’t a demand for it. Not everyone wants to move to the countryside in their later years and we have seen a significant demand from those wanting to be amongst the buzz of the capital, close to great restaurants, arguably some of the best theatres in the UK and beautiful park land.

According to Knight Frank’s latest Senior Living annual review, in 2020 there was a supply of 78,383 homes, yet a total population of over-65s of 12.4 million. There are simply not enough suitable properties for over-65s to enjoy, and we see Riverstone as helping to fill this void within the market. 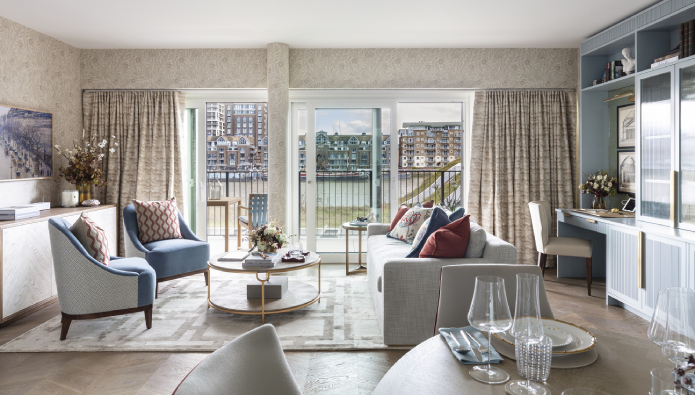 Why would property investors consider investing in retirement living compared to, say, Build to Rent, co-living or buy-to-let?

Our focus is first and foremost about providing our residents with the most enjoyable experience and a place they take pride in calling home, but it is clear institutional investors are taking note of the growth in retirement living in the UK.

The last year has witnessed increased investment interest in this market across a range of platforms, with global institutional investors, private equity and banks all increasing their exposure to the sector.

By 2037, population projections suggest that one in four of us will be over 65 so we don’t expect to see this interest or demand fall away.

Won’t your homes be unaffordable for the majority of the market? Or is there demand for prime retirement living?

The demand is there for prime retirement living, particularly as the over-65s population continues to grow. We would expect the market to advance with offerings from different providers, but we are very confident in the demand for our level of offering.

Why do the over-65s want to remain in the city? Surely the pandemic would make them think the countryside is safer?

The offering at Riverstone particularly suits those who enjoy London living, and whilst they may want to downsize, they also want to remain central to the buzz, cultural hotspots and fun that comes with living in the capital. Just because people reach a certain age doesn’t mean they suddenly want to move to a different part of the country.

With more than 90% of over-65s now vaccinated, the priority for many within this age group is now their personal well-being. Over the last three lockdowns, many found themselves isolated from society and reliant on and hopeful for the kindness of strangers.

This has led many to place greater importance on living near like-minded individuals and where bespoke care and support is available, should it be required.

Are Riverstone’s homes for rent or to buy? Can you tell us a bit more about the portfolio and the backing of Goldman Sachs?

Riverstone Kensington is in a highly sought-after area of central London and has been designed to evoke the grand townhouses and garden squares that give the district its elegant character, while Riverstone Fulham, in a prime location on the north bank of the Thames, has a riverside terrace and gardens to make the most of its setting. Prices range from £860,000 to £3,000,000.