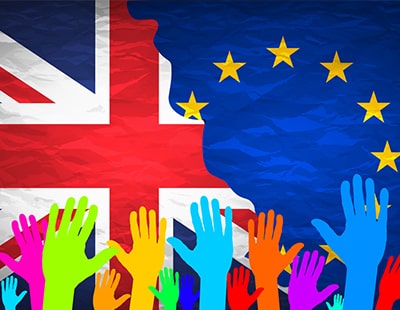 This week – today (June 23), to be exact – marks five years since the EU referendum.

It was a significant moment in the UK’s modern history, with the narrow victory for the Leave campaign having the potential to alter the country’s political and economic path. With the benefit of hindsight, we now know that the formal Brexit process was to become more protracted than the original timeline suggested, with uncertainty around the final deal between the UK and EU remaining unknown until the eleventh hour.

Nevertheless, as we reach this five-year anniversary of the Brexit vote, it is worth reflecting on how the UK’s property market has fared. After all, in May 2016, just weeks before the polling stations opened, the serving Chancellor George Osborne warned that UK house prices could tumble by up to 18% if the country voted in favour of Brexit.

George Osborne’s claims were indicative of the build-up to the referendum, with both the Leave and Remain campaigns resorting to exaggerated rhetoric and hyperbole to invoke fear into voters.

Deutsche Bank and credit rating agencies S&P and Fitch, for example, also suggested that voting to leave the EU would instantly reduce the value of UK houses; similarly, the National Association of Estate Agents claimed Brexit would reduce UK house prices by £2,300 and the average London house by £7,500.

In reality, the market fared well with the fallout from the vote. Data from the Office for National Statistics (ONS) shows that average UK house prices rose from £212,887 in June 2016 to £256,405 in March 2021. Those statistics are remarkable when you consider that over the past five years the UK has had three different Prime Ministers, voted in two general elections, experienced a drawn-out process of negotiating then implementing a formal Brexit process, and then had to deal with the Covid-19 pandemic.

Has the property market performed well in spite of all this turmoil? Not in my opinion. I believe demand has remained strong because of the turmoil.

Bricks and mortar is often seen as a safe haven asset during times of political and economic uncertainty. Given the historical data, one can understand this viewpoint; at the start of 1991, the average UK residential property value stood at £57,000 – as noted above, 20 years later this figure had more than quadrupled, exceeding £255,000.

In January 2020, Market Financial Solutions commissioned an independent survey of over 750 UK real estate investors, all of whom own three or more residential properties across Britain and Northern Ireland. We found that 79% intended to invest in more properties in the year ahead, with 61% saying that bricks and mortar was, in their eyes, a safer investment than most other options available to them.

The positive sentiment towards real estate and confidence in house prices is just one factor. Low interest rates have naturally played a part as well.

Since March 2009, the Bank of England’s base rate has remained under 1%, far below the levels prior to the global financial crash (the base rate in July 2007 was 5.75%). Last year it fell to a new all-time low of 0.1%. These low rates have meant that borrowing is relatively more affordable for homebuyers and investors.

Demand has remained high and, given a lack of supply continues to be a major societal issue in the UK, this has ensured a degree of security in the property market.

But that is not to say the past five years have been plain sailing for the property investment sector – far from it. Most notably, the buy-to-let (BTL) market has experienced a number of significant changes.

An additional 3% stamp duty surcharge was introduced in 2016 for second homes, with mortgage interest tax relief tapered down a year later. New regulations brought in for houses in multiple occupation (HMOs) followed, while a motion has been tabled to abolish section 21 of the Housing Act 1988, preventing unfair evictions.

The BTL market has, therefore, been forced to undergo more serious examinations in the past five years, albeit not because of the Brexit vote. Yet confidence has remained, and indeed seems to be increasing.

For instance, the National Residential Landlord Association’s quarterly index has found that there were increased levels of confidence among landlords in both Q4 2020 and Q1 2021.

The aforementioned uptick in house prices will have helped; so too will the increase in rental returns, with the HomeLet Rental Index showing that in May 2021 the average rental price for a new tenancy in the UK was £997 per calendar month, which was a 4% year-on-year increase.

The property market marches on

It would be foolish to pretend that the property market has not been affected by Brexit; so far-reaching has its impact been on the psyche of businesses, consumers and investors that the result of the EU referendum will have had an effect in some way, obvious or not.

However, the data shows us that fundamentally the property market has fared well over the past five years. Suggestions that prices would crash were proved false – instead, average house prices have risen at a healthy pace and general sentiment towards bricks and mortar has remained strong.

Funnily, even though we are now five years on from the referendum, the UK is only a mere six months into life outside of the EU. It will be interesting to see what long-term implications Brexit has on property investment as the realities of the separation become better known. It remains an issue we must monitor closely and as a lender we will adapt accordingly.

*Paresh Raja is the founder and CEO of Market Financial Solutions (MFS) – a London-based bridging loan provider. Prior to establishing MFS in 2006, Paresh worked as a senior professional consultant in one of the top five management consultancy firms, and also set up an independent investment group.

Under half of UK landlords rely on brokers to guide their...