This week, Property Investor Today takes a look at the ‘rare opportunity’ for buyers to purchase a former Edwardian school, the record number of bidders for iamsold, and the top UK areas for online auction searches.

Primary school in Welsh Valleys a ‘rare opportunity’ for buyers

Property hunters can snap up a ‘rare opportunity’ to own a primary school nestled in the Welsh Valleys when it goes under the hammer this month at Landwood Property Auctions.

Located in the village of Cwmaman, the former Glynhafod Junior School offers a ‘great’ opportunity for developers, with a guide price of £300,000-£325,000.

Built in 1911, it closed its doors in 2018 after more than a century serving the local community in the former mining village near Aberdare – the famed birthplace of chart-topping rockers The Stereophonics.

Lead singer Kelly Jones once described Cwmaman as a ‘great but tough place to grow up’, while a telephone box in the village was made famous after it provided the backdrop for a photoshoot by celebrated NME photographer Martyn Goodacre in 1997. 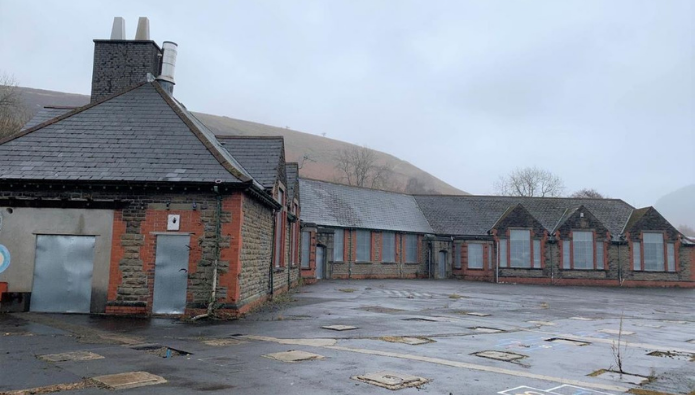 The property consists of a main hall, three classrooms, a staff room, a library, two offices, kitchen, store rooms, toilet facilities and a boiler room, spanning a total of around 5,726 sq ft.

Outside there is a large former playground, play area and parking, with the entire site covering approximately 0.75 acres.

Landwood Property Auctions are offering the property, situated just 18 miles north of Cardiff and 20 miles east of Swansea, as part of their online auction on June 30.

James Ashworth, Landwood Property Auctions Director, said: “This is a rare opportunity to buy a former primary school situated in the heart of the Welsh Valleys.”

“Located in the residential area of Cwmaman, it lies just two miles away from the town of Aberdare. It also benefits from being a short distance away from the major Welsh cities of Cardiff and Swansea.”

He adds: “We believe the site offers a great opportunity for buyers as it has a potential for future development, if the necessary permissions are granted.”

With the stamp duty holiday deadline approaching, iamsold is reporting record-breaking numbers of bids on auction properties as the market rushes to agree sales in time.

As well as an active market in the run-up to the deadline, the auctioneer says the increase indicates a growing appetite for auction properties and this method of sale.

The upward shift in competitive bidding is also driving up sale prices, with over 48% of properties selling above their reserve price in May. Mirroring the rise in buyer interest, online auction sales are also on the up, with 2,159 properties already sold so far this year raising £345 million in capital value for sellers.

Jamie Cooke, managing director at iamsold, comments: “We’re extremely encouraged by buyer interest in properties, and it indicates that there’s a voracity in the auction market that hasn’t yet been seen.”

“The demand for homes isn’t slowing down, however, the number of properties available by Private Treaty is. Much like the rest of the market, our average sale price is increasing in line with this demand, however, we’re not expecting the slump that some are predicting once the Stamp Duty holiday comes to an end.”

iamsold’s data shows that buyers are actively seeking alternatives that not only offer them a good investment, but are similar to those that they are familiar with in their everyday lives.

“We’re in the middle of a perfect storm as we have a greater range and number of properties now available for auction, appealing to more buyers to meet the demand that is not being met by the wider housing market,” Cooke says.

“The expectations of consumers align perfectly with the benefits that the Modern Method of Auction is able to offer – speed, security, transparency, and an accessible bidding process that drives results. It’s a great time for estate agents to consider adding auction to their portfolio of services as a way to win new instructions and provide their clients with much-needed choice.”

A recent study has revealed that more than 556,000 people search for property auctions across the UK per month, and search interest around auctions is up 50% on last year as online auctions become even more popular despite lockdown restrictions easing.

In light of this, TIC Finance has analysed the top 45 most populous cities to find where people are searching for property auctions the most.

Cities in the North West were crowned the most popular with online auctioneers, with Chester, Manchester, Preston and Liverpool making up the top 4.

Auction houses have found online events to be a runaway success, with auction houses like Bond Wolfe pulling in 35,000 viewers to their live auctions in a single day.

In addition, houses bought at auction cost an average of 40% less than the average property price nationally, meaning those jumping on the trend could be saving thousands of pounds.

TIC Finance also found the cities with the lowest number of online searches per populous.

The asset and fund management firm says while these areas are at the bottom of the table, both seasoned and first-time investors might be able to grab an even bigger bargain, as competition remains low.

Auction roundup – making a move and the largest portfolio for sale ...

As we welcome April, Property Investor Today outlines the lots available at...