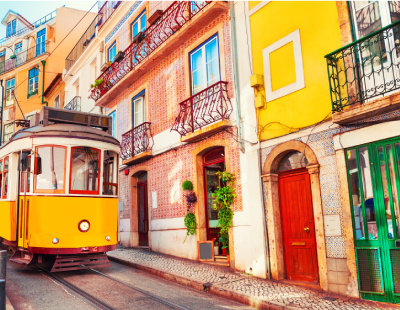 On Thursday May 6, a webinar was held – ‘Invest. Work. Live. In Lisbon’ – to highlight the best ways of investing successfully in Portugal’s increasingly desirable and trendy capital city.

Here, PIT provides a quick summary of the main points included in the webinar.

What are the different visa opportunities on offer to those investing in Lisbon?

Graham said it’s typically a two-stage process. First, you acquire the residency title, then later become tax resident. Although there are options on offer for those who don’t want to become tax resident in Portugal, in particular the Golden Visa.

“The Golden Visa is one of the most popular residency schemes in the world,” Graham explained. “It’s a good platform for investment and for allowing free movement in Schengen. But it will be restricted from January 2022.”

He added: “There are also D7 and D2 visas, which are very similar. You can start the process in your home country and then continue this when you arrive in Portugal. For the D2 visa, a startup company is required.”

He said those looking for a startup visa have a better chance if they are accepted by one of Lisbon’s growing number of tech incubators.

Graham also pointed to the NHR programme, which he described as one of the most successful tax residency schemes in the world.

“Investors are spoilt for choice. But do take the right advice,” he said. “There’s lots of info out there on the internet, some helpful, but some that don’t give the whole picture.”

He added that there is no restriction on foreign property ownership in Portugal, unlike other countries. The biggest growth areas EDGE have seen in recent times are North America, South Africa and the Gulf states, but Graham also said the UK continues to be very important, with a big growth in applicants despite Brexit.

When it comes to the most popular type of visa, Graham said it’s difficult to say as it varies and depends on people’s individual circumstances.

“The Golden Visa is popular because you don’t need to be tax resident, but there’s been a big growth in the D7 visa, too, because it can help people live and invest in Portugal. It’s especially popular among Brits and North Americans at the moment.”

What is the outlook for Lisbon?

“The last 12 months have been tough, I won’t lie, but the good news is that the number of cases has been going down steadily,” Chitra Stern said. “There was a difficult period at the end of January, but the lockdown helped to quickly control it. We are on a roadmap out of lockdown, with restaurants, offices and schools reopening. It’s all going well.”

“We’re step by step opening the economy and the good news is the numbers are well under control, the vaccination programme is going well after the initial issues with supply. The rollout is happening very nicely.”

She added: “The Secretary of State of tourism recently announced that on May 17 anyone with proof of vaccination, or a negative PCR test, or a serum test showing you’ve had Covid, will be allowed to come in, whether for business or leisure purposes. It’s imminent that we will see a comeback. If you’re planning your trip, plan them. We now have more flights.”

Last Friday, the Portuguese government finally announced that Portugal is to reopen to British visitors with negative PCR test results from today.

The announcement came a week after the UK government added Portugal to the green list of countries to which Brits can travel from today without needing to quarantine on their return.

In a long-awaited statement on Friday afternoon, it was confirmed by the Portuguese government that British tourists can enter Portugal again from midnight on Monday (today), which means travel is no longer restricted to just residents and essential journeys. Non-essential journeys taken by holidaymakers can now happen.

In the statement, the Portuguese government said: “This decision will revoke the essential travel restrictions, that [are] in place until May 16. Any person entering Portugal will have, in any case, to have an RT-PCR test done 72 hours before departure.”

The country’s national tourist office has been working to make sure there will be enough testing capacity to meet demand from tourists – which is expected to be high from Britain, as one of the only places people can realistically go on holiday this summer. The statement also made clear that thousands of workers in the hospitality sector have been trained as part of the country’s ‘clean and safe’ initiative – which was started last year after the first wave of the pandemic.

“People from the United Kingdom have visited Portugal and celebrated our culture, traditions, landmarks, history and enjoyed our warm hospitality for decades,” the statement added. “We look forward to welcoming all travellers coming from the UK.”

During the webinar, Stern said that - even in the darkest days of the pandemic - people were still showing interest in Portuguese property, highlighting its resilience as a market.

“What we’ve seen, even through Covid, is people concretising their plans,” Stern insisted. “Even during the last 12 months, we sold 30 apartments through video viewings – on FaceTime or WhatsApp. They were giving their lawyers power of attorney to sign contracts. For good products, things have continued even in the last year.”

She went on: “Hopefully, very soon, with the Brits and the Americans being vaccinated, and others following more slowly, we will see a comeback.”

Graham backed up Stern’s positivity. “Portugal’s in pretty good shape. It’s currently the country with the second-lowest number of new cases, and the lowest mortality rate within Europe. The vaccination programme has been rolled out successfully – 25% of the population has had their first jab – and now the aim is for 100,000 vaccinations a day.”

He added: “The land border with Spain is also open. The current situation is positive for welcoming back tourists, business and investors. And if you already have residency, you can come back.”

“We’re doing invitation letters for essential travel – which facilitates the entry of investors – which is also pretty encouraging. We’re certainly on the right track as far as an exit from lockdown is concerned.”

How is the Portuguese government encouraging entrepreneurialism or new industry?

Fontes says there has been no one area where the government is trying to encourage investment, instead it’s been a more organic process.

“There are a few critical areas of investment – more aligned with the hospitality and tourism, but also with healthcare and life sciences. It’s really a mix,” he said.

“I would prefer to answer by saying that everyone can come to join us in Portugal, whether they are a fintech, life sciences or retail. What we’re looking for, all of us, is innovation. If it’s a good project, a good idea, with a great team, please join us.”

He added: “Here at Startup Lisboa, since November 2017, we started a soft lending programme, called Launch in Lisbon, which was designed to help people that are now thinking should I stay or should I go. What about Portugal, what about Lisbon, are there opportunities there?”

“We designed a programme – a very intensive three-day programme – where we establish partnerships with different partners. We discuss visas, the real estate situation, the labour market, the educational system – we give you a review about what you can find here in Portugal, mainly in Lisbon.”

The next edition, he said, will be in June, taking pace between June 16-18. “It will be totally digital because of the pandemic. It’s great as you don’t need to come physically to join. Please join us if you want to know more.”

How can you quality for the D7 visa?

“It starts in the country of residence,” Graham said. “The application is usually made to the consulate embassy or an affiliated agency. Generally speaking, it’s a collection of documents and a filing of documents exercise. Documents such as proof that you have sufficient funds to sustain yourself – which tends to be in the region of 30,000 euros. You need a place to live in Portugal – it can be a rental property – and a clean criminal record.”

He added: “It’s actually the applicant himself or herself that goes to the first appointment, submitting the documents and answering any other questions. After that, a four-month visa is issued. They enter Portugal and then continue that process locally with the Portuguese immigration authorities, where the biometric data is taken.”

Graham says it has sometimes been called a retirement visa, but insists it’s not just for the retired. “Other working people are actioning it,” he claimed.

Stern said she was seeing an increase in the popularity of D7 visas, too. “We’re seeing a rise in people using long-term rentals in Chiado and Cascais, and our apart-hotels in central Lisbon, for a D7-compliant visa and NHR-compliant visa, and not just from the retired market. But young families as well – putting their kids in school, doing a rental for six months to a year.”

She added: “In addition, digital nomads can move here with a D7 or a D2, if you’re starting up a business, or a Golden Visa. There are so many options for digital nomads. If it’s a mature company looking for a large space, Lisbon can be the place for you as well.”

She said there are large businesses who want to use Lisbon as a springboard for the rest of Europe, including many Brazilian companies.

“There are so many reasons why Lisbon is the most trendy city on earth. It’s the perfect-sized capital city. It fits the Goldilocks principle. Just right. Not too big, but not a small European capital either.”

She went on: “It has great flight routes and is in the same timezone as London and Dublin. A lot of work has been put into it for 20 years or more, the infrastructure, the restaurants, the biking and running paths, there is so much to talk about.”

You can watch the webinar in full below.