With lockdown easing and the vaccine rollout continuing to go well, there is hope on the horizon again for a brighter future – and this optimism extends to the development sector, too, with the number of new schemes continuing to pick up pace.

In this development roundup, PIT explores two residential schemes in Hammersmith and Ealing and the renovation of a site in Bristol by The Guinness Partnership.

The £28 million GDV scheme on Fulham Palace Road is set to deliver 34 residential units to an area that has experienced a surge in rental demand, brought on by the changing preferences of tenants who are increasingly prioritising well-connected locations with green space and local amenities over inner city living.

Fulham Palace Road is a few minutes from the Thames, with its many charming riverside walks, and close by to Bishops Park, a relaxing green space right by the river. Across the river is the London Wetland Centre in Barnes and Wandsworth Park is fairly close by, too.

In the other direction, Hammersmith’s bustling, characterful centre – full of restaurants, pubs, shops, cultural venues and a regular food market – is a few minutes’ walk, while Shepherd’s Bush is a little further afield but still within easy reach by foot.

The Mountwood development on Fulham Palace Road is the second housing scheme Maslow Capital has supported in April, having also funded the development of a £69.9 million residential scheme in Bracknell, a popular commuter town in Berkshire.

The Hammersmith project, expected to reach practical completion in Q1 2023, will revitalise a disused brownfield site, ‘providing genuinely affordable homes for buyers and pre-let commercial space, that will bring life back to this West London location’.

With sustainability such a hot topic at the moment, the scheme will make use of innovative green technologies such as solar panel roofing, rainwater harvesting, heating with Air Source Heat Pumps and cooling with individual air extraction and circulation in each apartment, to support Mountwood’s ambitions to reduce carbon emissions as it redevelops. 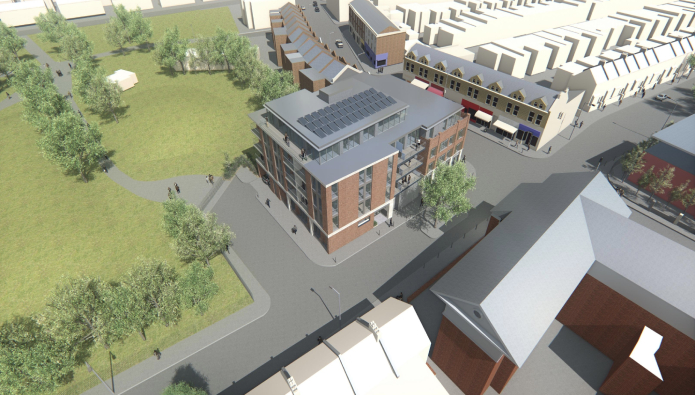 As well as its green construction considerations, the team behind the development say residents will be able to gaze across green roofs and a local park whilst also benefiting from secure underground storage for 60 bicycles and six car park spaces fitted with electric charging points.

“Charles and the team at Mountwood are revitalising a previously disused brownfield site in an area that has seen huge growth in rental demand as a result of the pandemic,” Emma Burke, deal origination at Maslow Capital, said.

“Maslow found itself perfectly aligned with Charles’s vision and we are proud to play our part in revitalising the area”.

Anthony Raud, associate at Maslow Capital, added: “We are very excited to be supporting the development of a well-positioned scheme, that will benefit from Mountwood’s reputation and track record of delivering high-quality homes. The wide range of communal facilities, amenities and excellent transport links will appeal to purchasers, along with the important environmental initiatives that will be undertaken.”

Charles Rahder, owner and chief executive of Mountwood, said the developer was presented with a number of funding options for this latest regeneration opportunity, but ‘chose Maslow as our funding partners due to their experience in dealing with the complexities of this type of transaction’.

He added: “We were very pleased with Maslow’s ability to meet our expectations and timeline in order to commence delivering this scheme and we look forward to working with Maslow again on our future projects”.

As well as Fulham Palace Road in Hammersmith and The Grand Exchange in Bracknell, its portfolio also includes Stamford Road in London, The Gresham in Leicester, The Vantage in Nottingham and London Road in Edinburgh. You can find out more about its portfolio here.

Sticking with West London and the news that prime property lender CapitalRise has announced the advancement of a multi-million-pound senior loan for site acquisition and development of two luxury detached houses in Ealing, a popular suburban district with fast links into the centre of the capital.

This latest loan follows the platform’s recent announcement of £100 million worth of loans originated, against £475 million of prime real estate, since its inception.

The lender says the first four months of 2021 have been a time of significant growth after an ‘outstanding 2020’ for CapitalRise, which saw the property finance platform close ten multi-million-pound loans and fund assets worth almost £120 million GDV across London.

It says past loans have been provided in some of the most desirable postcodes in Prime Central London, including Grosvenor Square, Eaton Square and Knightsbridge.

The latest new development in Ealing will be carried out by Cantata Properties and will consist of two mirror image detached houses ‘finished to a high standard’. Each dwelling will contain four-bedroom suites, a south-facing private garden and off-street parking. 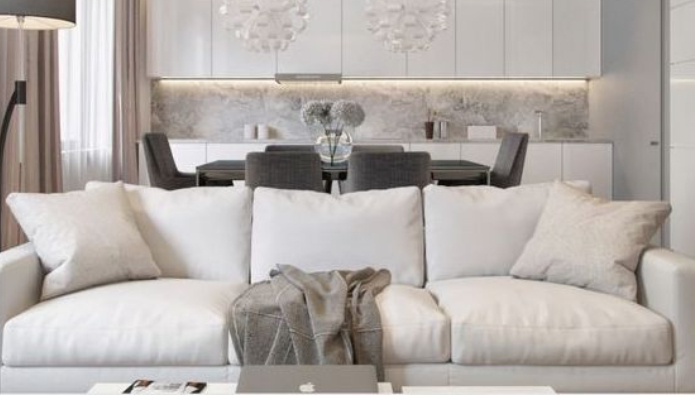 A highly desirable commuter town, with plenty of green space close by and lots of restaurants, pubs, cafes, bars and shops on its busy high street, Ealing also provides strong transport links to Central London and the City by both road and rail. This makes the area – which is also home to the iconic Ealing Studios – especially appealing to buyers and developers.

Ealing Broadway station is a key transport hub, sitting on the Central and District Line as well as offering mainline National Rail services to various destinations. Once Crossrail 1 (or the Elizabeth Line) is finally complete, Ealing Broadway and West Ealing will both have stations on the high-speed line.

Jeremy Ashworth, director of Cantata Properties, said: “This is an exciting project for us at Cantata, and one we feel very confident about in no small part due to the relationship forged with CapitalRise, who have immediately proven to be reliable, clear, supportive and encouraging partners, always accessible at the other end of the phone. We are very much looking toward to working with them on this development, and beyond.”

Nick Oakley, director of lending at CapitalRise, said: “We are proud of our continued support for prime developments in London and the Home Counties. This project is another example of a high-quality development by experienced local developers and we are pleased to be providing funding for this exciting project.”

The Guinness Partnership - founded over 130 years ago and one of the largest affordable housing and care providers in England – has announced that construction work will soon begin at the McArthurs Yard site in Bristol, following the selection of housebuilder Hill Group as main contractor.

The site has lain vacant for the last 20 years and was acquired by The Guinness Partnership in June 2018. It’s a significant harbourside site in Bristol’s historic docks and one of a few areas to remain undeveloped in one of the most unique, historic and distinctive parts of the city.

Once complete, the scheme is set to provide 142 new-build homes for market sale, shared ownership and social rent, as well as commercial space on the ground floor.

Hill Group has now been handed possession of the site, with construction work set to commence in early summer. 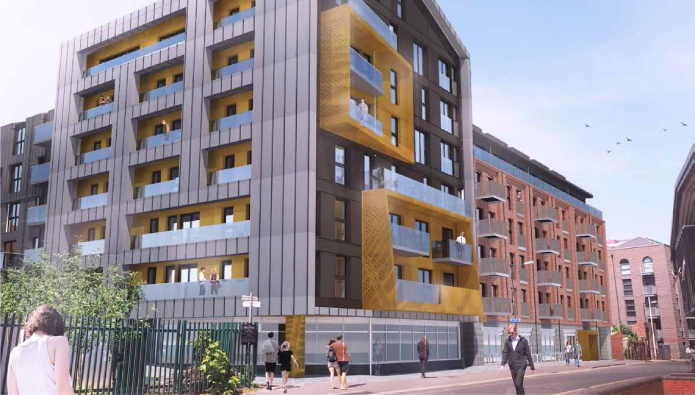 “We are delighted to be starting construction works at our McArthurs Yard site in Bristol,” Catriona Simons, chief executive of The Guinness Partnership, said.

“This development, which brings a long-derelict site back into use, will provide much-needed, high-quality homes, and is part of our long-term commitment to building new homes and creating communities in Bristol, and across the country.”

Andy Hill, chief executive at Hill Group, added: “We are extremely pleased to be working with Guinness on this exciting waterside project in Bristol. This is the first scheme that Hill has embarked on in this thriving city and we are looking forward to delivering high-quality homes and commercial space in this historic harbourside location for current and future generations to enjoy for many years to come."

The Guinness Partnership - which, despite the name, has nothing to do with the internationally famous Irish stout - has more than 140,000 customers across the country, living in more than 65,000 homes.