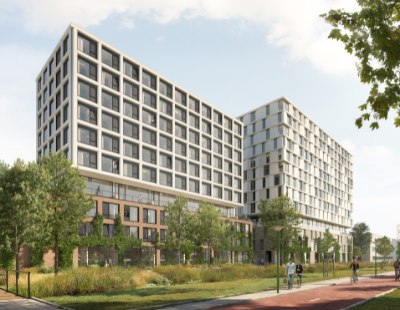 Godwin Developments submitted plans to Nottingham City Council to propose the demolition of the disused Bendigo Building and the construction of a new contemporary scheme.

The development, which has been vacant for nearly 20 years, will consist of a mix of modern studio apartments, four, five and six-bedroom clusters and disabled studio rooms. It will vary from 12 to 15 storeys in height.

The scheme will also incorporate a range of indoor amenities such as a spacious residents' lounge and reception area, gym, study and games rooms, as well as fully landscaped courtyard garden with outdoor seating, recreational and outdoor exercise equipment, basement parking for 55 vehicles and 312 cycle storage spaces.

Two commercial units, located on the ground floor, have also been proposed as an additional amenity for residents and the neighbouring community. 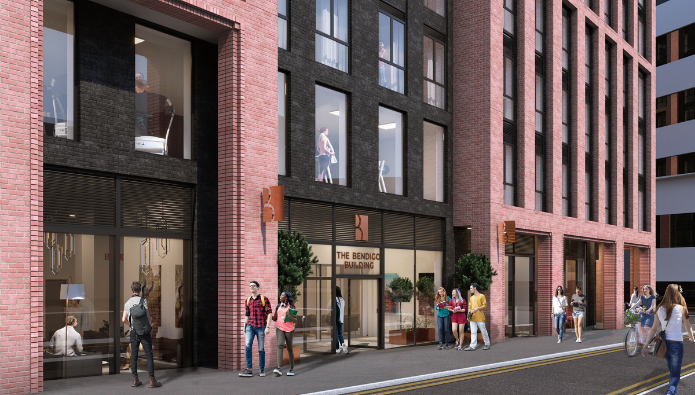 Situated on the corner of Bath Street and Cowan Street, the development is conveniently positioned within easy walking distance of Nottingham city centre, Nottingham Trent University, Sneinton Market and the main food and entertainment quarter, with the University of Nottingham and Nottingham train station also readily accessible via public transport.

Matt Chandler, development director at Godwin Developments, comments: “The city is a key UK hub for higher education, with an ever-growing student population.”

“As a business with a local presence, we recognise the substantial contribution that young people make to its potential. They bring energy and vibrancy to the area, draw in private investment, boost local businesses through discretional spend, support the day and night-time economy, and add to the ongoing city-wide regeneration initiatives.”

The scheme also contains sustainability features, such as air source heat pumps, photovoltaic (PV) roof panels and electric vehicle charging points. It endorses green methods of travel in and around the city by encouraging cycling, walking and use of nearby public transport – all of which promote the health and well-being of students and cleaner air in central Nottingham.

Once underway the Bendigo Building will create around 300 jobs during the construction phase – and 40 full-time positions when fully operational.

Chandler adds: “With the number of full-time students expected to increase by approximately 28% in the next few years, there is a clear requirement for more dedicated student spaces where young people can live, study, and play together.”

“The Bendigo Building will cater to these needs while also freeing up traditional housing stock, allowing homes to return to their intended family use – responding to the aspirations of many local residents.”

Godwin Developments is currently progressing a number of other residential schemes across the country, including the recently announced 23-storey development in Sheffield city centre, The Meridian, which will see the creation of a 336-apartment Build to Rent (BTR) scheme, and the recently submitted planning application for a 116-unit BTR urban village scheme in Ely.

The developer is also working on projects such as a suburban BTR scheme in Doncaster which will create 60 homes, as well as two residential schemes in Nottingham which will provide 102 family homes.

A heritage building on Lower Parliament Street is also set to be transformed in the bustling city.

Bmor, a development, investment management and real estate advisory company, submitted plans to redevelop the current Argos site and regenerate the public realm in an underused part of the city.

The plans – which have been designed by Nottingham firm Franklin Ellis Architects – will refurbish the historical and detailed frontage as well as extend the structure to create an attractive nine-storey building for student living, with outside courtyard space and café.

The proposed development, named Lombard House, includes a total of 273 beds, with a mix of cluster apartments and studios that will be primarily accessed from Clare Street. The existing Argos building will remain at ground level as well as 23 studios on the upper floors. 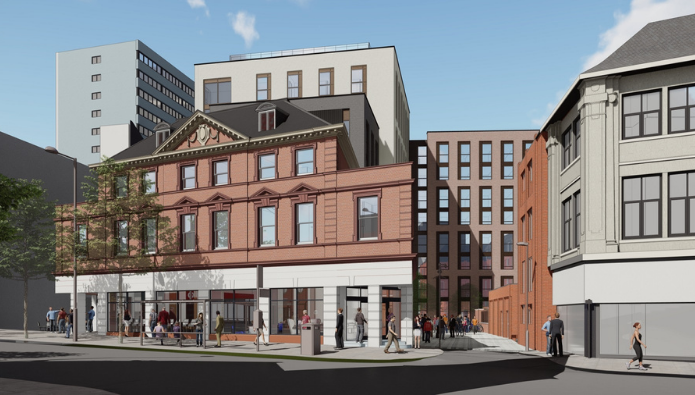 The public realm is also set to be transformed. The designs will see a new entrance on Clare Street and the access from Lower Parliament Street to Newcastle Street closed in order to create an ‘improved pedestrian experience and safer streetscape’.

James O’Brien, head of planning at Bmor, says: “We are delighted to have submitted the designs for Lombard House to Nottingham City Council as this development will rejuvenate an area of Lower Parliament street in need of investment.”

“The plans create an appealing new setting for residents and the public alike thanks to the courtyard and café space and will subsequently breathe new life into this underutilised site.”

The design concept for the appearance, material, and detail has been informed by the existing heritage building and will use a variety of brick to create a sympathetic streetscape.

Bmor says the retention of the existing facade and refurbishment of the historic fabric will ‘uplift the street scene’, while the café and courtyard space on Lower Parliament will introduce high quality, active frontage and improve the public realm.

Round Hill Capital acquires 703 student bed asset in the Netherlands

Global real estate investment and asset management firm Round Hill Capital has signed a deal to acquire a 703-bed student accommodation development in Leiden, the Netherlands.

Construction is set to start in 2021 and the 14,562 square metre development is scheduled to be ready for occupation for the 2023/24 academic year – making it the firm’s third PBSA site in the country.

Leiden is amongst the top student cities in the Netherlands, with the student population expected to grow by 13% in total by 2025, equivalent to an extra 5,000 students. 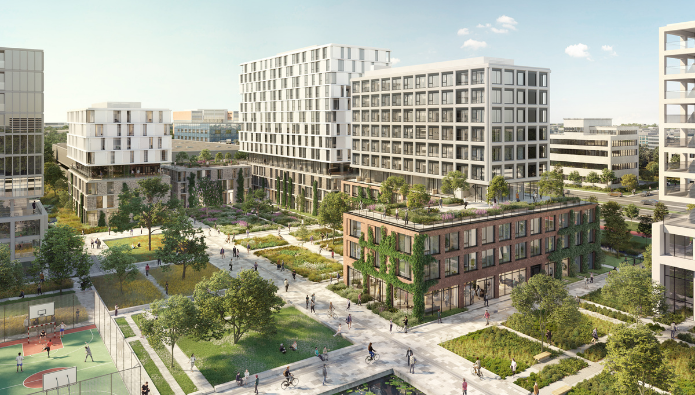 Round Hill Capital says not only will the city see tremendous growth in the student population over the next few years, but it will also experience significant demand for accommodation.

The deal highlights the firm’s experience in the Dutch market where it is an active investor, ranging from residential to student, and from speculative development to core yielding assets.

It is now actively seeking further long-term investments in the Netherlands as it looks to build its portfolio.

The 703-bed asset will benefit from a modern design and layout and will provide students with high-quality services and amenities including study rooms, laundry areas, private dining rooms and private roof gardens.

The deal provides further evidence of the appetite institutional investors have for European accommodation in the current economic climate. Round Hill Capital believes such assets offer long-term resilience as investments which deliver attractive returns at acceptable risk levels. 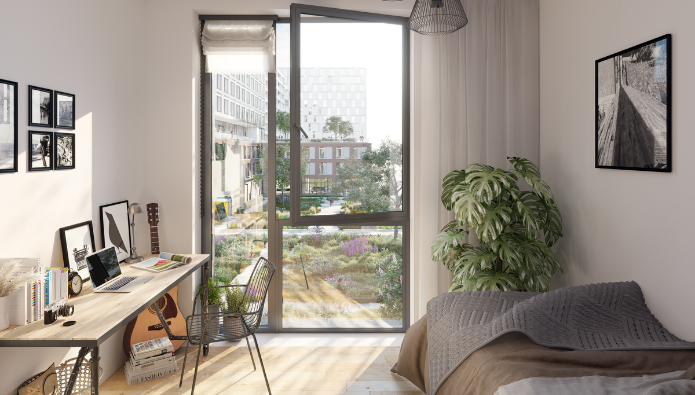 Round Hill Capital is raising additional capital to deploy into student accommodation across Europe and the US as it looks to capitalise on persisting demographic trends while utilising innovative technology to maximise efficiencies.

Michael Bickford, founder and chief executive officer at Round Hill Capital, comments: “This acquisition represents a continuation of our investment strategy in student housing in key European cities like Leiden.”

“While the pandemic has caused some disruption to the lives of students and faculty, we still believe the long-term value drivers of investing in PBSA remain strong. This underwrites our confidence in the PBSA market, and our appetite to acquire more student accommodation assets in the Netherlands and the rest of Europe in the near future.”

A national property developer with a focus on residential, commercial and...