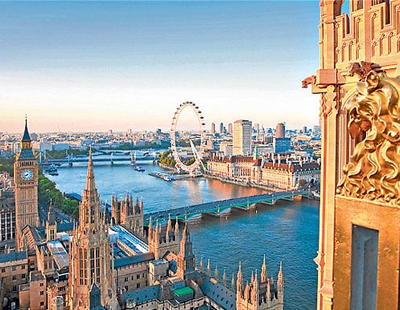 The pandemic continues to shape the UK property market, with a growing disparity between inner city and outer city residential rents, according to Zoopla.

Here at Property Investor Today, we outline the findings from the portal’s quarterly Rental Market Report below…

Zoopla’s report revealed an annual fall in rents that began before the onslaught of the pandemic in Edinburgh (1.8%), Greater Manchester (0.9%) and Greater Birmingham (0.8%).

This is evidently due to changing patterns in working and commuting, leisure and tourism, which eased rental demand in UK city centres.

By contrast, a ‘halo effect’ has emerged in the wider commuter zones of the UK’s largest cities. Rents are rising in the wake of increased demand among some renters who are migrating towards properties with more space, indoors and outdoors, as a result of three successive lockdowns over the past 14 months.

What’s more, pockets of demand and rental performance have been redefined across inner and outer cities. For example, rents in central Birmingham fell by 3.4% in the year to December, but in the surrounding boroughs of Bromsgrove, Sandwell and Wolverhampton, rents rose by an average of 5%.

Rents in well-connected towns are also witnessing strong growth, such as Rochdale (8.2%), Hastings (8.0%), Southend (5.8%) and Newport in Wales (5.5%) – with demand buoyed by renters reprioritising their housing needs and location.

Across the UK as a whole, but excluding London, rents are running at 2.3%, matching pre-Covid levels, while demand is up 21% year-on-year.

The report suggests demand in the capital was down 10% year-on-year in January, following the triple impact of working from home policies, reduced international travel, and halting of tourism.

In addition, Greater London rents have registered the steepest annual fall of 8.3% since the global financial crisis.

Zoopla says the fall in overall average rents is being exaggerated by declines in the higher value, more dense rental markets of inner London and Kensington & Chelsea (12.3%).

Furthermore, the decline in London rents is starting to ease, evidenced by the monthly downturn in December, which, at 0.4%, was the most modest monthly fall since February 2020.

New supply in London is up 30% year-on-year as short-lets continue to be transitioned into long-lets, and more new-build rental supply comes to market.

Race for space extends to rentals

As Covid prompts ongoing demand for more space, houses are now renting out more quickly than a year ago in most key cities (London, Leeds, Edinburgh, Manchester and Birmingham), while in some cases flats are spending longer on the rental market before being snapped up.

With renters moving to where they can access more space affordably, and with more houses typically located outside of city centres, this is also contributing to the halo effect of increased demand and rental growth in our city markets and the widest points within a commuter zone.

As a result of changing demand patterns, in every region of the country, a larger proportion of rental flats than houses are having their asking rents reduced in a bid to attract tenants.

Looking ahead to the rest of the year

According to Zoopla, the outlook for the rental market depends upon how quickly the rollout of the vaccine can reduce the impact of Covid and the return to more business activity, with the ongoing reopening of shops and offices, leisure and entertainment facilities.

Flexible working is likely to continue, meaning there may be a permanent shift in priorities for some renters. The demand for space is unlikely to wane, which will continue to support the family homes rental market.

Overall, Covid-led uncertainty, rising unemployment and a lack of mortgage availability at high loan-to-values will lead to sustained demand in the rental sector.

At the same time, a lack of new investment in rented homes by private landlords since 2016 means the supply of homes for rent is not rising nationally and this will also support rental growth in the long run.

“Now we are seeing the impact in other city centres, although on a more modest scale. Balancing the rental declines in inner cities is the strong rise in rental growth in surrounding ‘halo’ areas and well-connected towns across the UK, reflecting stronger demand in many of these markets among a cohort of renters.”

Gilmore says it is important to note that most demand among renters living in central cities is within the same area – some renters will have ties to an area through schooling, or non-office-based work.

She concludes: “The search for space among renters is coming across loud and clear from the data however, with houses in major cities now being rented out more quickly than a year ago. In most cases, flats are now taking longer to rent out.”

There’s a ‘firmly entrenched’ two-speed rental market across the UK, with...