Perhaps May can match the success of the previous quarter?

It attributes the 70% increase in turnover to a shift towards online auctions during the coronavirus pandemic, as well as high demand for their asset management services.

Its online auction, asset management and building consultancy divisions have all experienced rapid growth, with steady performance from its recovery and valuation division.

Mark Bailey, managing director at Landwood Group, comments: “It hasn’t been smooth sailing. The first lockdown saw the property market grind to a halt and close completely, with activity only really coming back towards the middle of the year.” 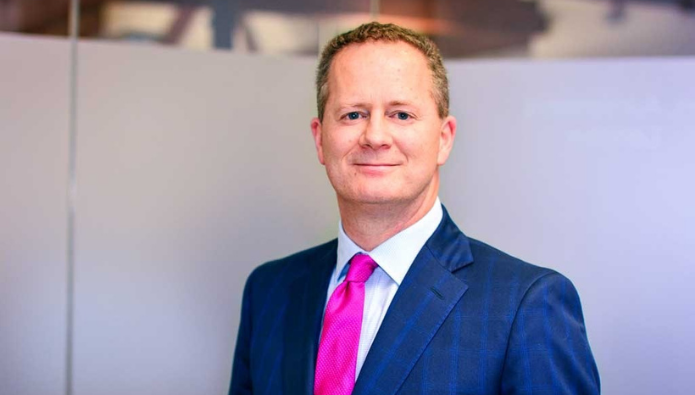 “Despite the cliff edge we faced in March, the overall trend towards online transactions has worked in our favour, offsetting the drop in turnover we saw in Q1 and Q2.”

Bailey says Landwood Property Auctions has been delivering pure online auctions for more than two years before the pandemic hit - meaning it was ideally placed to lead this shift.

“Online auctions are safer, easier and more flexible for all parties involved. We have never staged an in-person auction and we don’t ever plan to, so we believe ourselves to be experts in our field,” he adds.

This growth is evidenced by Landwood Property Auctions being entrusted by Cheshire East Council to sell a historic building in Nantwich for £165,000.

The Gables, a period building located on Beam Street in the city centre, spans 5,048 sq ft across three floors and has offices and storage on the first and second floors. It also includes a car park with space for approximately eight vehicles.

The property, which has been extended at the back, is in need of refurbishment and has potential for further development subject to obtaining necessary planning permission. 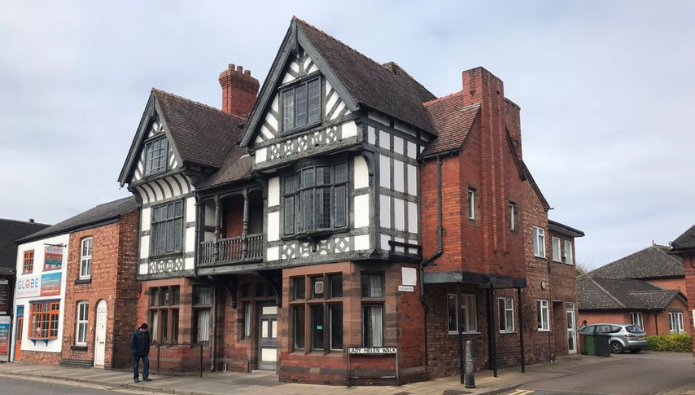 “This property is one of many that Landwood sells on behalf of local authorities, who are opting for online auctions because they are safer and easier as well as offering much greater flexibility for buyers,” she adds.

“We’ve never staged a traditional property auction and never will, so we consider ourselves to be experts in our field.”

Well connected, Nantwich lies approximately 17 miles to the southeast of Chester and 3 miles to the west of Crewe, while access to the M6 motorway at junction 16 is within 8 miles.

The Gables will go on sale alongside many lots at Landwood’s online auction site on Wednesday May 26.

The catalogue for Strettons’ May 27 auction has been released, featuring 47 properties including residential investments, development opportunities, land and a selection of freehold ground rents.

The joint highest priced properties are lot 11, a freehold detached house in Edgware, Middlesex with planning permission for three detached houses, and lot 1, a freehold mews building in Huntsworth Mews, Marylebone, which is suited for conversion for a number of different uses – both guided at £1.95-£2 million.

The sale brings to the market numerous development opportunities. In Enfield, Middlesex, a 1-acre site with planning permission for four houses is guided at £1.15 million. 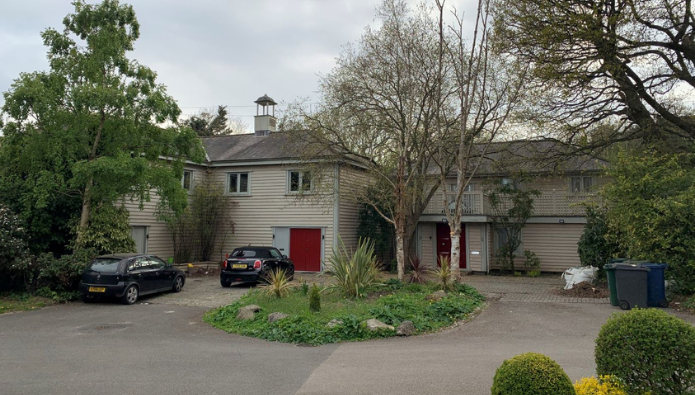 Land investments include a series of former billboard advertising locations across the UK sold on behalf of JC Decaux with prices ranging from £23,000-£40,000 and a 5.7-acre piece of land close to Little Common in Bexhill-On-Sea in Sussex which has a guide price of £275,000-plus.

Commenting on the upcoming sale, Strettons Director and Auctioneer Andrew Brown says: “Auction lots where investors have the potential to add value have been popular over the past twelve months, so I am looking forward to seeing how our range of properties with development potential perform on the day.”

“Auction results demonstrate that the market remains buoyant and I’m pleased with the diverse mix of properties we are able to offer at our May sale.”

Strettons’ May auction will take place at 12 noon on Thursday 27 May 2021 and will be live-streamed with remote bidding only. You can download the full catalogue here.

One hotly-anticipated lot in April’s sale was 15 Ilkeston Road in Sandiacre, which had the highest number of registered bidders on the day. The Nottinghamshire semi, which backed onto the Erewash Canal, sold for £121,500 from a guide price of £64,000-plus.

An unofficial accolade went to the eventual buyer of The Swan Inn, Town End in Cheadle, a former pub which sold for £169,000 from a guide price of £115,000-plus. The Staffordshire property has five bedrooms, multiple reception rooms, a range of outbuildings and huge development potential, subject to planning permission, being just six miles from the Alton Towers Resort. 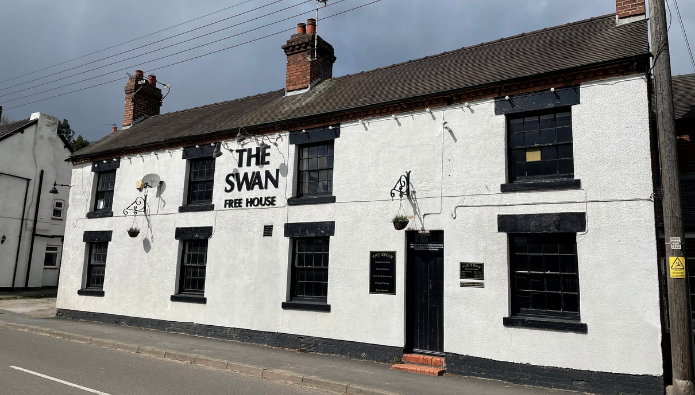 SDL says the high level of demand is partly fuelled by the rush to complete purchases before the stamp duty holiday ends on June 30. Unless specified in the legal pack, auction transactions complete in 20 working days, which means April’s buyers will receive their keys before the end of May.

Andrew Parker, managing director and auctioneer, comments: “Bidding was enthusiastic and exciting, resulting in wonderful outcomes for sellers across the length and breadth of the country. Time and again we prove that people want the speed and certainty of auctions, and that they don’t need to compromise on price.”

An exclusive home sold by SDL Property Auctions in April was 60 Stradbroke Drive in Chigwell, which came to the market for the first time in more than 65 years and was offered for sale in a conditional Timed Auction in partnership with Bairstow Eves.

The spacious Essex property tucked away on a large corner plot in one of Chigwell’s most sought-after addresses had a guide price of £1,650,000 and sold for £1,745,000 after receiving 35 bids when the seller chose to end the auction ahead of its scheduled closing date.

Several lots attracted 100-plus bids, including 2 Sirdar Road in Portswood, Southampton, which was sold in an unconditional Timed Auction in partnership with Morris Dibben. The three bedroomed detached bungalow, which is in need of modernisation, received 108 bids and sold for £226,500 from a guide price of £175,000-plus.

Parker adds: “Our Timed Auctions have become extremely popular over the past year, not just with buyers and sellers but with estate agents, too, as they allow them to get fast results for their clients with almost zero risk of the sale falling through.”

“It’s an increasingly popular way to sell private homes, as a growing number of sellers appreciate the benefits of speed and certainty.”

Bond Wolfe has released some exciting lots set to go under the hammer at its next live-streamed auction, from family starter homes to a former Windsor theatre.

Half a dozen homes in and around Nottingham will be available, with starting prices a fraction of current market rates. One such stand-out is a three-bedroom semi-detached house in the market town of Long Eaton, listed with a guide price of just £59,000-plus.

Just a few miles from Stoke, in the market town of Newcastle-under-Lyme, 19 Hollinshead Avenue is a three-bedroom detached house with a guide price of £79,000-plus. There is potential for development on the site, which extends to gardens and a driveway with a garage.

Over in Solihull is a three-bedroomed, end-terraced house with central heating at 93 Russell Road in Hall Green, which has a guide price of £89,000-plus. This property with gardens front and back stands back from the road behind a driveway, although it needs upgrading.

Even closer to the Solihull border is a three-bedroomed, semi-detached house with central heating and double-glazing at 32 Edenbridge Road in Hall Green, with a guide price of £99,000-plus.

Meanwhile, an attractive two-bedroomed end-terraced house at 60 Charlotte Road in Stirchley, Birmingham, has a guide price of £150,000-plus. The lot is nearby artisan bakeries, micro-breweries, quirky boutiques and independent restaurants that have led to Stirchley being named as one of the UK’s coolest neighbourhoods.

Lastly, the curtain is set to rise on the old Windsor Theatre in Smethwick, which is guided at £475,000. The former theatre at 377-379 Bearwood Road has played many roles over the years, from cinema and ice rink to snooker hall and nightclub. 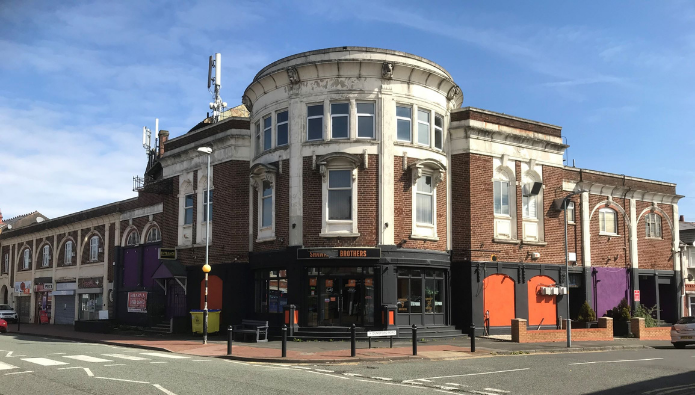 Having opened 90 years ago, the property has fallen into some disrepair. It is locally listed and could provide potential for a wide range of uses, either similar to its previous life or alternatively as a mixed redevelopment including homes if the necessary planning consents can be secured.

Ron Darlington of Bond Wolfe comments: “This is a landmark building that offers huge potential for any investors or developers, in a busy area on the border of Birmingham and the Black Country.”

“It is typical of the kind of commercial opportunity we have featured in our previous auctions and which have helped make them a huge draw – our last live-streamed event in March saw more than 34,000 people tuning in to watch proceedings and we achieved sales of more than £30.2 million.”

The theatre and family homes are among the 236 lots listed for Bond Wolfe Auction’s online auction which starts at 8.30am on Wednesday May 19.

The auction will be live-streamed via Bond Wolfe Auctions’ website with remote bidding by proxy, telephone or internet only, and bidders must pre-register no later than 12 noon on Tuesday May 18.