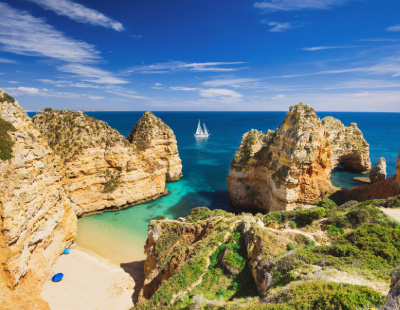 For many a year, the west Algarvian city of Lagos – which literally means lakes in Portuguese – has been one of the most popular tourist and expat destinations for Brits.

And, in the last year, despite us all being confined to our own homes much of the time, the city famous for its beaches, rocky formations and steep cliffs has been experiencing a ‘Zoom boom’ as people have used the extra time at their disposal to view homes virtually and attend webinars based around investing in or living in Portugal.

One new development which may be catching the eye of investors in Lagos – pronounced la-gosh in Portuguese – is the Dona Maria II Residences, which broke ground in February 2021.

Ideal Homes Portugal is in charge of selling the homes in the ‘unique’ development, which overlooks both the marina and the sea.

Dona Maria II is the flagship development of Miralagos – the construction and development company which was also responsible for the nearby Adega project, which is now virtually sold out and gets up and running this year.

While the Adega project is described as being a four-and-a-half star development, Dona Maria II is set to be a six-star scheme, with a set of apartments spanning five floors. This includes two-beds, three-beds and four-beds, which are south-facing and overlook the waterway, providing panoramic views of the sea and marina. 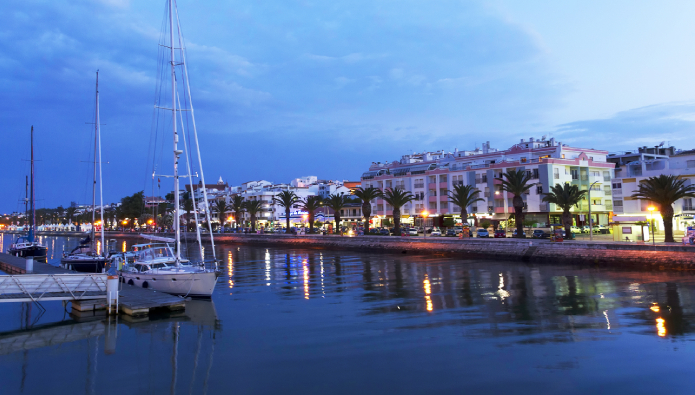 “There are two or three supermarkets close by, the longest natural bay in Europe – Meia Praia – and 10 minutes’ walk away is the historic centre of Lagos,” he comments. “It really is an ideal location.”

He insists the build quality is going to be second to none, with underfloor heating, an A-plus energy certificate, central air-con, and massive verandas big enough for group alfresco dining. There’s also a communal rooftop terrace with 360-degree views and not one, not two, but 16 Jacuzzis.

Sharpley says the three-beds and four-beds will have two car parking spaces, one with an electric socket for electric cars. There will also be a spa on-site with an indoor heated pool, sauna, gym and jacuzzi, as well as a large outside pool and a series of shops, too.

The two-bedroom apartments start from €530,000 with a projected 7% rental yield yearly for those who decide to rent their investment out.

The development, named after a nearby bridge – which itself was named after a former Queen of Portugal, who reigned as monarch twice in the 19th century – is close by to numerous amenities, walking opportunities and the local market, as well as the marina, beaches and the town centre.

Nuno Rodrigues, who works for the developer behind the scheme, says Dona Maria will be two or three levels above all previous projects. He claims the project is aiming for the highest possible level, with a luxury condominium that takes care with all the smallest details.

The apartments are set to include smart home systems where you can control everything with an app, while floor to ceiling windows will provide views of the town, sea and marina.

What does Lagos offer?

In normal times, the city has a long promenade packed full of people selling various handicrafts and goods, with typically 30 to 40 stalls. The area is also famous for its boat trips exploring the nearby caves, and its castle, which surrounds the old town of Lagos.

“The city has more than 1,000 years of history – it’s an old Moorish town,” Sharpley adds. “It also has fantastic beaches – some of the longest and most beautiful in Europe. There is a mixture of sandy and secluded options.”

Lagos has previously been voted as the No 1 beach destination in Europe. All of its beaches have restaurants while the reddish, jutting rock formations are characteristic of the area. You will often see little fishing boats out on the sea, as well as windsurfers, paddle-boarders, surfboarders and sailing boats, in addition to the tourist boats exploring the caves. 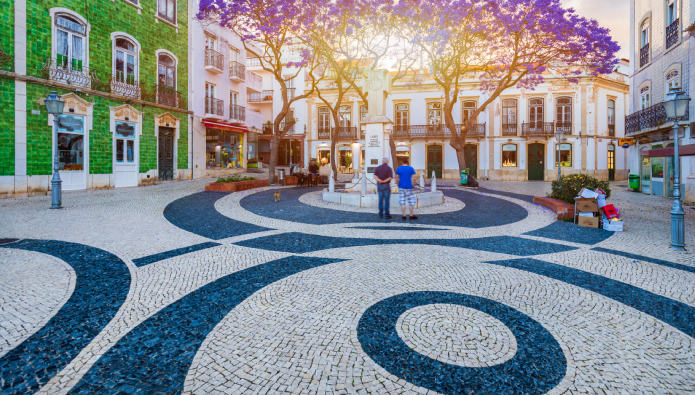 From Praia de Porto de Mós, the beach to the west of Lagos (Meia Praia is to the east), it’s possible on a good day to see right down to Sagres on the far west coastline of the Algarve, where the sunsets are legendary and you feel as if you’re at the edge of the world.

Sharpley says there are also various golf courses on offer for golfing aficionados, as well as various museums for culture vultures.

Alongside people from all different sorts of nationalities who have made the city their home - in particular, Brits and Scandinavians - Lagos still has lots of local Portuguese living there, which helps to keep it authentic in a way that some resort towns in the Algarve perhaps haven’t managed so successfully.

“It’s also important to make clear that everything remains open in the winter,” Sharpley says. “If people are worried about coming here for winter and nothing being open, they can be reassured that it’s busy throughout the year.”

Lagos – and the whole of the Algarve - is defined as a low-density area, which means Golden Visa investment here is €400,000 for a new-build or €280,000 for a property that was constructed more than 30 years ago and needs renovation.

Much of the Algarve is expected to be disallowed from the Golden Visa scheme from January next year, as part of plans from the Portuguese government to encourage investment in less popular areas, and Lagos is expected to fall into this category. This means those investors looking to take advantage of the Golden Visa scheme in prime areas of Portugal such as Lagos have only until the end of this year to act.

The Golden Visa scheme is now open to British investors as a result of the UK leaving the EU.

Portuguese mortgages are also currently very attractive, with interest rates as low as 1% and up to 80% finance over 40 years on offer to investors.

At present, there remain significant restrictions when travelling between the UK and Portugal, but it’s hoped that the vaccine rollout in both countries – which is helping to protect those most vulnerable from Covid-19 – and a potential traffic-light system could make that process easier.

The Portuguese government’s ban on direct flights to the UK is set to end tomorrow, and we may find out more in the coming weeks about easier travel between the two countries. At the moment, it’s still very difficult, which means the Zoom boom may continue for a little while yet.

You can see a video of the Ideal Homes team exploring Lagos and the site for the Dona Maria II Residences below.

Investing in property in Portugal - what do investors need to know? ...

Portugal continues to be one of the most popular destinations for...

Algarve investment – is this the region’s next major destination? ...

In part one of this two-part special, we looked at how...