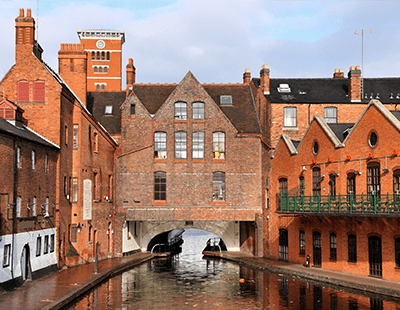 One of Birmingham’s most distinctive areas, which is looking to escape from its manufacturing past and transform itself into one of the Second City’s smartest residential districts, has now welcomed its newest homes.

A collection of nine loft-style apartments – the highest specification homes from Berkeley Group’s St Joseph brand to date - have hit the market in Birmingham’s Gun Quarter following strong buyer demand for homes in what is being described as the city’s latest property hotspot. 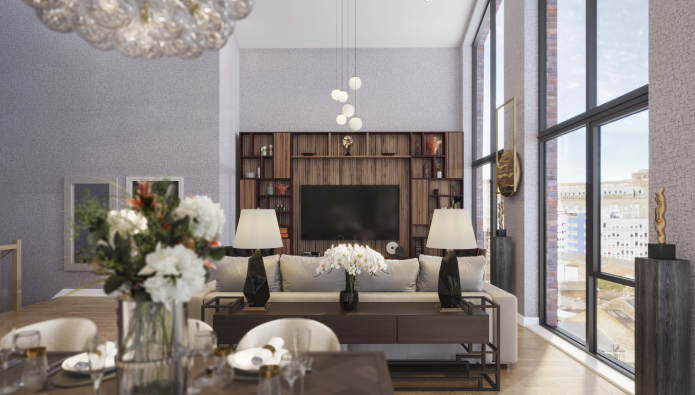 The duplex apartments are located within one of Snow Hill Wharf’s five canal-side buildings - The Lancaster. Last year, PIT covered the latest phase of Snow Hill Wharf – St Joseph’s first residential scheme in Birmingham – when the 21-storey The Regent building was brought to market.

The decision to launch the duplexes follows more than 65% of apartments at Snow Hill Wharf being purchased, with the first residents due to move in later this year.

“St Joseph is raising the bar for residential development in Birmingham. This latest collection of duplex apartments at Snow Hill Wharf shows off the best of Berkeley Group design and amenities – created to be spacious and light, with floor to ceiling windows offering stunning vistas of Birmingham,” Charlie Joseph, director at St Joseph, said of the launch.

“This level of quality and unique loft style design is new to the Gun Quarter and one which will set the standard for luxury city living for years to come,” she added.

“Despite the pandemic, St Joseph has experienced sustained demand for quality city-centre homes. The high levels of investment into Birmingham is helping drive this, alongside the evolution of the Gun Quarter – a historic area, previously overshadowed by its proximity to the Jewellery Quarter, but now emerging as one of the city’s leading property hotspots,” Joseph explained. 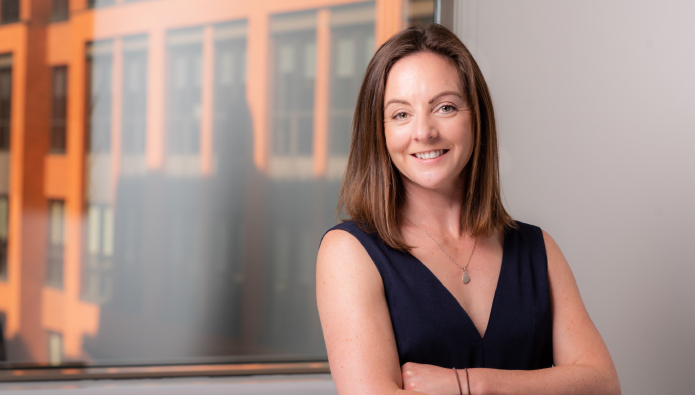 “Snow Hill Wharf is spearheading the Gun Quarter’s regeneration and growing reputation as a place for people to live, grow and thrive in the centre of Birmingham.”

Once complete, the development is set to house over 700 residents across a mix of one, two and three-bedroom apartments, duplexes and penthouses. It will also feature a cinema room, residents’ lounge, 24-hour concierge service, sauna, steam room and gym, as well as three podium gardens overlooking the Birmingham and Fazeley Canal.

You can see a video tour of one of the show apartments here.

What else is in the pipeline?

St Joseph, Berkeley’s newest brand when it launched a few years ago, was created to bring the housebuilder’s passion for quality, placemaking and building communities to Birmingham and the West Midlands. Its name was inspired by the transformational civic improvements delivered by Birmingham's 19th century mayor, Joseph Chamberlain, and it’s now looking to play its part in the next phase of the city’s regeneration.

The firm has another scheme in the pipeline, at Glasswater Locks, which is set to launch this year. It’s situated close to Aston University and the planned HS2 Birmingham Curzon Street station.

Prices haven’t been released yet, but the one, two and three-bedroom apartments and duplexes will be found in the heart of Birmingham's Education Quarter, with the historic glassworks revitalised for contemporary living.

Its distinctive canalside setting is expected to be a major selling point, with retail and commercial space also on offer. On-site residents' facilities will include concierge, cinema and games rooms, while city centre shops, restaurants and offices are all within walking distance. There are also plans for the on-site amenities to include a gym, cafes and shops.

The sales & marketing suite and show home (where available) are open by appointment only, in line with current government guidance. For this scheme, the developer says it continues to offer phone calls, video calls and, where possible, virtual tours of the homes.

Birmingham is widely expected to boom post-Covid, with the HS2 link to London finally expected towards the end of this decade (although the scheme has faced serious issues up until now and isn’t without fierce opposition, and there will be question marks over how necessary a very expensive high-speed rail link will be in an era where commuting is likely to fall).

The city will also be hosting the Commonwealth Games next summer and continues to attract major firms and organisations who are setting up their headquarters there, as well as London leavers looking for a cheaper cost of living.

These factors are expected to increase Birmingham’s appeal to investors over the coming decade and should also help to boost sales at both Snow Hill Wharf and Glasswater Locks, assuming demand for city-centre living continues its bounce-back.

The Gun Quarter - what is its history?

Once one of the world’s busiest manufacturers of guns, The Gun Quarter experienced its biggest boom in the early 19th century during the Napoleonic Wars. The British government started to rely heavily upon the skilled gun manufacturers of the town - between 1804 and 1817, a total of 1,827,889 muskets, rifles, carbines, and pistols were manufactured for the government alone.

It’s been estimated that production of guns and components between 1804 and 1815 averaged more than three-quarters of a million items per year, more than two-thirds of England’s production during this period. The Crimean War also brought much business to the gun makers of Birmingham, with more than four million barrels proved there from 1854 to 1864, while it also played a major role in the American Civil War, with an estimated 800,000 weapons shipped from Birmingham during this time.

The growing mechanisation of gun manufacture in the US and Europe was a significant milestone in the fall of the Birmingham gun trade, which had for centuries been based on skilled specialist craftsmanship. Despite demand surging during the two World Wars, demand fell off a cliff once hostilities ended. This, along with the failure of established firms to move with the times, meant many struggled to compete in a fast-changing market.

As such, by the 1960s, many of the traditional workshops of the Gun Quarter were demolished by post-war town planners, with the area split in two by the construction of the Birmingham Inner Ring Road. A local Birmingham newspaper announced the ‘Death of Gun Quarter’ in 1963.

Now the plan is to reinvent it in a similar way to the nearby Jewellery Quarter – which has become a byword for hip and cool and has moved in a different direction from what originally made it famous to ensure it’s relevant in today’s world.

No-one in modern Britain would be calling for a return to a booming Gun Quarter, but that doesn’t mean it can’t take on a new look, feel and personality while offering nods to the past.

St Joseph, understandably, is eager not to focus too much on the heritage of the Gun Quarter - given the controversy and negative connotations of the weapons that used to be manufactured there – but it has said in the past that it wants to give nods to the area’s history of industry and craftmanship without condoning or celebrating its past. 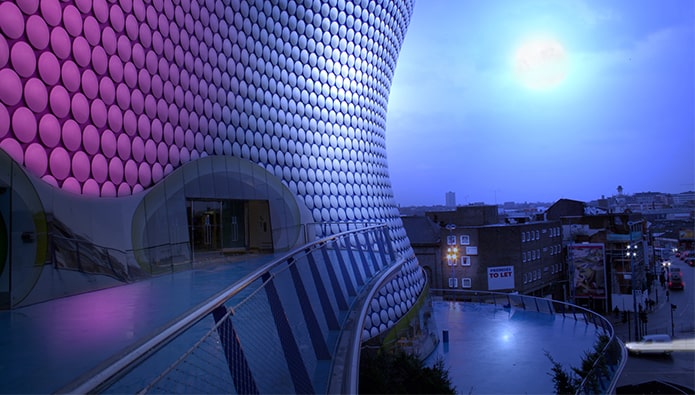 The city itself is determined to give the Gun Quarter a makeover, making it a key part of its Big City Plan. This 20-year masterplan is designed to foster and support Birmingham’s continuing transformation into a world-class city.

It covers every aspect of the built environment, including creating 1.5 million square metres of new floorspace, 50,000 new jobs, 65,000 square metres of new and improved public spaces, 28 kilometres of enhanced walking and cycling routes, and over 5,000 new homes with new leisure and recreational facilities to attract more families.

To find out more about St Joseph, Snow Hill Wharf and the wider regeneration of Birmingham, you can check out the Q&A below, where Charlie Joseph is interviewed by the Greater Birmingham Chambers of Commerce.