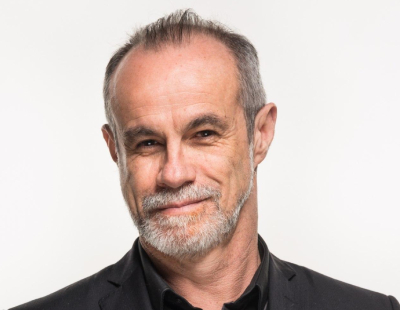 Since the onset of the pandemic, the concept of the 15-minute city has come to the forefront more than ever, with a boom in localism and the strengthening of communities as a result of people being confined to their own local area for much of the last year.

In a recent webisode, the man who coined the concept in the first place - Professor Carlos Moreno - joined a panel of industry professionals to discuss whether Nottingham, a key regional city in the Midlands most famous for Robin Hood and football, could be one of the world’s first true 15-minute cities.

Prof Moreno, a world-leading urban scientist, threw his support behind The Island Quarter as an example of the concept, where inhabitants have access to all the services they need within their immediate vicinity. He said the Nottingham development has all the characteristics to transform the way people in the city live, work and spend time.

“I’m very happy that The Island Quarter and Nottingham is exploring the 15-minute city concept. The main attribute for cities looking to change in this way is a desire to transform their current model of urban life,” Moreno said during a live Q&A with audience members.

“By having that, the city of Nottingham has the chance to develop a polycentric model, with The Island Quarter being one of the sectors. There is the potential for totality of services and urban social functions within a happy proximity, which is the 15-minute city in a nutshell.” 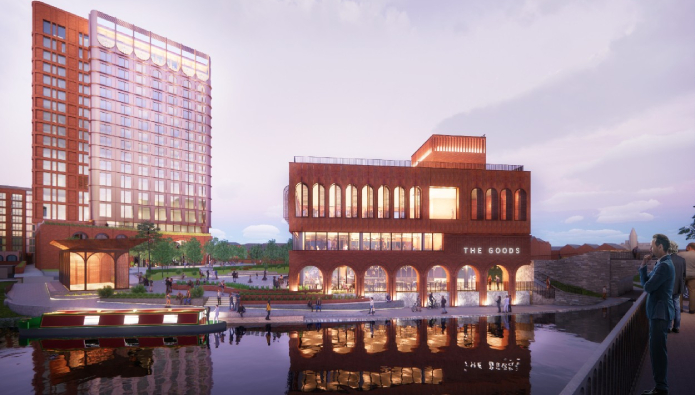 Christopher Ware, property director at Conygar, the developer behind the scheme, appeared alongside Prof Moreno and told the audience about the company’s reasons for investing in the city.

“Our intentions for The Island Quarter site have always been for it to be truly mixed-use - we wanted to avoid the creation of an office district that shuts down at 6pm on a Friday and becomes somewhere you don’t want to walk through,” he said.

“This is where our plans pair quite nicely with the 15-minute city concept, as we want the site to reflect the full lifecycle, from student accommodation to offices where those students may then have their first job, to areas for family homes.”

He says the whole opportunity is ‘very exciting’, pointing to Nottingham’s youthful population – the proportion of young people is comparable to Berlin and Amsterdam – and its burgeoning status as something of a FinTech hub.

“There’s a strong underlying entrepreneurial spirit, but we feel that maybe there’s been a lack of a voice to shout about it,” Ware added.

“We see The Island Quarter working along with other projects in the city to harness the energy that’s naturally there, because we see the demand for what the site can offer.”

Ware also provided an overview of the next steps for the site, which had lain derelict since 1994 before Conygar’s purchase of the former Boots Island in 2016.

“The opening phase of the site is well underway and it’s going to really open up the canal-side area, which has been such an underused part of the city for a number of years. It’s creating some really exciting public realm, which is going to bring the people of the city back to The Island Quarter site,” he said.

“We’ve submitted the planning application for the next phase - which is the cohesive-use building adjacent to the opening phase – and we’ll be submitting a further application for some student accommodation in the coming months as well.”

Ware continued: “We’re also working hard in the background on a number of other elements of the site including the heritage warehouses, which we know are of great interest and a lot of people will be interested to hear our proposals when they come forward.”

Once complete, the aim is for the area to be reimagined as a new quarter for hotels, offices, living, restaurants and bars, and cultural events, all linked by acres of public access green space, creating a new community for Nottingham.

As well as the live Q&A, attendees heard the thoughts of BioCity’s chief executive Toby Reid, The Nottingham Project’s director Lee Walker and Dr Lucelia Rodrigues from the University of Nottingham, who talked about The Island Quarter’s potential for creating a new community.

You can view the full webisode at the bottom of this article.

What is the 15-minute city concept?

But in recent years Prof Moreno has made it his mission to change that, making the case for the ‘15-minute city,’ where everything is a 15-minute walk or cycle away, from doctor’s surgeries and green space to restaurants, bars and leisure opportunities.

The concept, already gaining traction pre-pandemic, has been given a major boost by the Covid crisis as people, planners, governments and local authorities around the world have been revaluating and rethinking how we plan to live in the future.

Cities, more than anywhere else, have taken a battering as a result of the pandemic, with deserted offices and empty bars, shops, pubs and restaurants as people have been working from home and staying local. There have been huge calls for cities to be reimagined, to make them more flexible, dynamic, sustainable and green-focused, as well as more resistant to Covid outbreaks and other potential future pandemics by replacing overcrowded, poor-quality housing with something much better, and getting people to reconsider how they get around cities.

The 15-minute concept encourages decentralised cities without cars, where everything can be reached within the magic 15 minutes by bike, on public transport or by foot.

Moreno, the scientific director and professor specialising in complex systems and innovation at University of Paris 1, and the special envoy for smart cities to Parisian mayor Anne Hidalgo, has previously said of the 15-minute city concept: “At its heart is the concept of mixing urban social functions to create a vibrant vicinity.”

The concept was originally developed to cut urban carbon emissions and reimagine our towns and cities as ‘mosaics of neighbourhoods in which almost all residents’ needs can be met within 15 minutes of their homes’, rather than having very distinct zones for living, working and entertainment.

With people having to travel less far to reach things, such as workplaces, shops and other amenities, street space previously given over to cars is suddenly freed up. This, in turn, helps to reduce pollution and make way for gardens, bike lanes and extra sports/leisure facilities.

Such a concept is, of course, far from novel, but has taken on added importance since the start of the pandemic and has really captured the zeitgeist. As well as the efforts of The Island Quarter in Nottingham, Melbourne, Milan, Portland, London, Detroit and Barcelona are just some of the cities experimenting with the idea of the 15-minute city and following a similar blueprint to the Paris mayor.

The combination of Covid-19, Brexit and climate change – which is likely to have long-lasting impacts on international travel and the seemingly endless growth of globalisation – will lead to a need to transform and reimagine cities in a different way. Cities will no longer just be places to commute to, but something more flexible and changeable than that.

Mark Sutcliffe, of smarttransport.org, has previously written of the concept: “Instead of sucking workers, shoppers and students into congested city centres, the 15-minute approach devolves the provision of day-to-day needs to a neighbourhood, so nobody needs to travel more than 15 minutes to earn a living, buy food, see a doctor and educate their children.”

The lockdowns over the past year have led to many more cities and towns becoming traffic-free and pedestrianised, with various local authorities trialling car-free zones and roads. 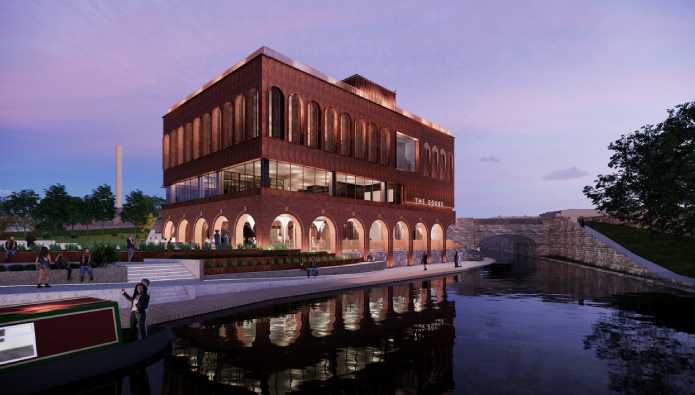 Low-traffic neighbourhoods (LTNs) have faced a predictable backlash from some quarters – with some saying they just redirect traffic elsewhere and only serve to help wealthier people living on residential roads – but others point to the many benefits they offer.

Despite a loud and vocal minority who oppose them, a recent nationwide poll suggests more people favour them than not. The YouGov survey, commissioned by Greenpeace, found that 26% of people strongly supported LTNs, and 31% would ‘tend’ to. On the other hand, only 8% strongly opposed them, and the same number tended to. More than quarter of people, meanwhile, either didn’t know or were neutral.

When participants were given a list of seven possible changes to local transport, and asked to pick the two they found most important, 21% want more cycle routes and 34% opted for reduced road traffic. By contrast, only 8% supported more roads being built.

This all feeds into the wider sustainability movement, which is now having a major impact on the property, construction and built environment sectors as consumers demand more eco-friendly homes.

With this in mind, the concept of 15 minute cities and low-traffic neighbourhoods is likely to continue to garner momentum even as we slowly ease out of lockdown.