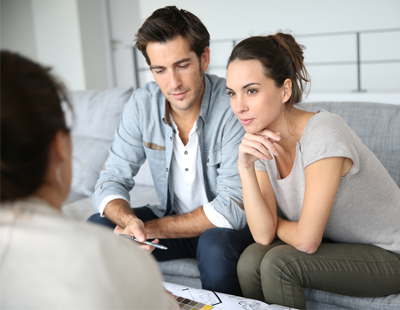 A survey claims that 75% of tenants describe relationships with the landlords as ‘good’ or ‘very good’, while 89% of landlords believe they have a good rapport with their renters as well.

Letting agents and property managers are often seen as the go-between to get deals done and take care of property maintenance, but it appears as if their involvement is a hindrance rather than a help.

In fact, 59% of renters said they deal with their landlord directly. Of landlords, 53% said they let and manage their rented properties without the help of a letting agent.

Direct communication is leading to tenants and landlords staying together for longer, too. Some 33% of tenants said they live in their rented homes for between two and five years, with 23% staying for more than half a decade.

The landlords surveyed also enjoyed long-term relationships; 30% have had the same tenants for between two and five years.

Stepan Dobrovolskiy, chief executive officer of Mashroom, comments: “Tenants and landlords often see each other as enemies, but a lack of communication is usually the reason why relationships break down. This could be because a letting agent or property manager is acting as the go-between but isn’t relaying the information correctly.”

“When landlords and tenants communicate directly, however, the results are better – whether it’s arranging repairs or paying the rent on time. From what we’ve seen, by having strong lines of communication, both landlords and tenants have more respect for each other. This builds healthier relationships that create a better renting environment for everyone involved.

You can see Mashroom's analysis and some case study videos here.

Revealed – the cities where millennials are buying to let ...

With people commuting less due to the pandemic, it comes as...