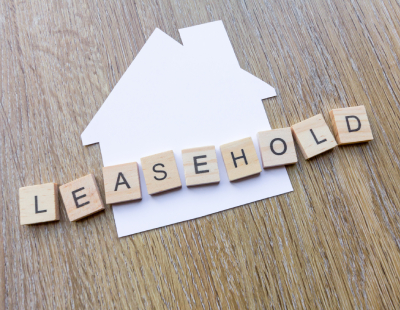 The National Leasehold Campaign (NLC) – the UK's largest and most influential campaign group on leasehold reform - has welcomed the ‘bold announcement’ from the Competitions and Markets Authority (CMA) that it has written to two of the UK’s biggest housebuilders, asking them to amend their leasehold terms.

On Friday, the CMA announced it had now written to Countryside and Taylor Wimpey outlining its specific concerns that their use of terms that double the ground rent every 10 or 15 years breaks consumer protection law.

The NLC claims that systematic mis-selling of new-build properties with high and doubling ground rents has led to leaseholders living in properties that are unmortgageable and unsellable.

Doubling ground rents are built into contracts, which means people can struggle to sell or mortgage their homes and find themselves trapped as a result. These terms can also affect their property rights.

With this in mind, the CMA is demanding the removal of ground rent terms which it thinks are unfair from all existing Countryside and Taylor Wimpey contracts to ensure they are no longer in breach of the law. In addition, the companies must agree not to use the terms again in any future leasehold contracts.

The housebuilders now have the chance to respond to the CMA’s concerns and avoid court action by signing formal commitments – known as ‘undertakings’ – to remove the ground rent terms from their leasehold contracts.

In its statement, the CMA also said it will carry on investigating certain firms – including investment companies – which purchased freeholds from these developers and have continued to use the same leasehold contract terms. The CMA’s investigation into Barratt Developments and Persimmon Homes is also ongoing.

NLC founder and spokeswoman Katie Kendrick, a children’s nurse from Ellesmere Port, said: “This announcement proves how unfair these contract terms are. We are delighted that CMA is calling this out and making the key players accountable for creating leases with ground rent terms that are unfair.”

She added: “However, ground rents are only one of the ways for freehold investors to make money at the expense of leaseholders. Leaseholders are navigating a feudal system that is stacked against them with rip-off permission fees, escalating service charges and, for many new-build estates, estate management fees. The big developers could do more to provide redress for the systematic mis-selling of leasehold homes; they choose not to.” 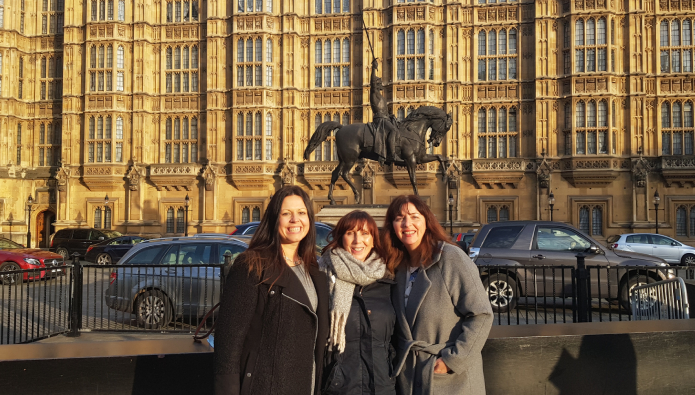 Jo Darbyshire, managing director of a pensions administration company and co-founder of the NLC, lives in a Taylor Wimpey property that was sold in 2010 with ground rent of £295, doubling every 10 years.

“Last year I converted my doubling ground rent to RPI using the Taylor Wimpey Ground Rent Assistance Scheme,” she said. “I had run out of hope that anyone was going to help me, and we wanted to do some structural work on the house. To avoid paying the freeholder a ludicrous permission fee to do this, I knew I had to buy the freehold, and converting to RPI would make that cheaper.”

She added: “Now I could be in a worse position than if I hadn’t done that. It sums up this leasehold scandal perfectly; whichever way you turn it feels like the odds are stacked against you.”

Cath Williams, a university lecturer from Liverpool, and the third co-founder of the NLC, says she also bought a house with onerous ground rent from Taylor Wimpey. She claims it cost her over £15,000 to buy the freehold after it was sold on to an investor.

“Today’s announcement is great news for leaseholders who still have doublers,” she said. “People will have lots of questions and this could take time, as many of the developers have sold the freeholds on to offshore investors.”

She added: “We hope that this announcement will help every leaseholder that has onerous doubling ground rent, regardless of whether they bought the property from new.  I know from my own difficult and expensive escape from the leasehold trap how much anguish it causes.” 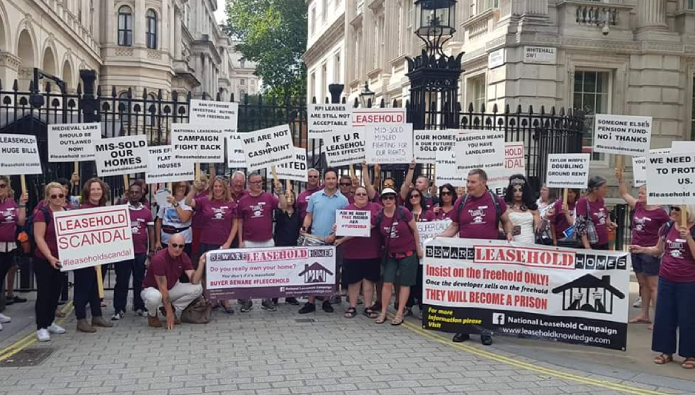 The National Leasehold Campaign (NLC) was launched more than four years ago to abolish leasehold laws, which are estimated to affect over four million people in England and Wales, or one in five households. The campaign aims to end leasehold tenure for houses and make commonhold mandatory for flats.

You can find out more about the journey of Katie, Jo and Cath in our in-depth feature here.

Jonathan Frankel, litigation partner at Cavendish Legal Group, agrees that the time is now to remove the spectre of escalating ground rents.

“Today’s [Friday’s] action by the CMA will be seen as a welcome move by all those leaseholders who feel trapped and unable to sell their property due to unfair escalating ground rents,” he said.

“It also sends out the key message that leasehold terms are not written in stone, they can be changed. Leaseholders need to be reminded that as consumers they have rights, and they have a legal option to reduce these rents to zero.”

He added: “It is also positive news for leaseholders that the scope of the investigation by the CMA includes investment companies buying up property from developers with these contracts baked in, as these are also passed onto the leaseholder.

“We await the full outcome of the investigation and hope it will lead to the next generation of leaseholders being able to buy their homes, without the spectre of escalating ground rents hanging over them.”

Housing Secretary Robert Jenrick said of the CMA’s announcement: “The government asked the CMA to conduct this investigation. I strongly welcome their efforts to bring justice to homeowners affected by unfair practices, such as crippling ground rents, which have no place in our housing market. This behaviour must end and I look forward to appropriate redress being forthcoming for leaseholders.”

He concluded: “The government is pursuing the most significant reforms to leasehold in forty years, including by protecting future homeowners, restricting ground rents in new leases to zero and ending the use of leasehold in new houses altogether.”

Since the announcement, Countryside and Taylor Wimpey have hit back, insisting they have already taken steps to address the issue of doubling ground rents.

Countryside insists it has sold no properties with doubling ground rent clauses since 2017 and argues that it has an assistance scheme for people whose charges doubled more than every 20 years. The company also said it would "continue to engage constructively with the CMA to resolve this complex issue.”

Taylor Wimpey, meanwhile, said: "We will continue to co-operate with the CMA and work with them to find a satisfactory resolution, within the required timescale.”

It also claimed it had stopped selling leases that doubled ground rent every ten years on new developments from 2012.

In 2017, the firm said it launched a voluntary help scheme that covers the cost of converting terms so ground rents are linked to rises in the retail price index measure of inflation and set aside £130 million to cover the cost of lease conversions.

The developer claimed over the weekend that a "significant number" of its customers had used the scheme, which is still in operation.