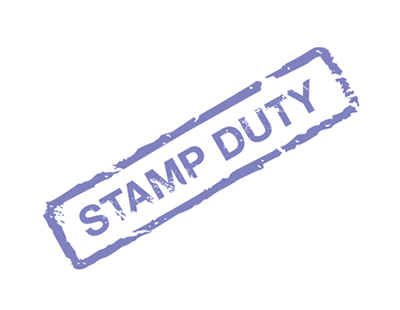 To no-one’s surprise, there haven’t been petitions or concerted pressure from the public, MPs and trade bodies regarding the introduction of an extra 2% stamp duty surcharge on non-UK buyers from April 1 2021.

The surcharge, announced in Chancellor Rishi Sunak’s first Budget last March, was widely expected, although some anticipated it would be higher.

While many operating at the prime end of the property market – where overseas purchasers make up a big chunk of buyers – were unhappy with the introduction of the extra surcharge, there has been no intense lobbying to government to reverse the decision, more of a grudging acceptance.

As mentioned, this isn’t really a surprise when you consider it will mostly be wealthy overseas individuals and companies who will be affected by the change, and public sympathy for such a cause – particularly at this time – would be very low.

That said, it’s not just rich overseas investors who might be impacted by the change. As HMRC concedes in its own policy paper – New rates of Stamp Duty Land Tax for non-UK residents from April 1 2021 – ‘most individuals will be clear as to their residence status for the purposes of SDLT but some individuals with more complex affairs or who have regular periods in and out of the UK may require additional advice and incur additional costs in determining their tax liability’.

What’s more, it adds: ‘Customer experience could be negatively impacted as this measure may create complexity for individuals in establishing the rate at which SDLT is payable on their property purchase. To support, we will produce guidance setting out how individuals can determine their residence status and whether they are entitled to claim a refund.”

“This measure may impact family formation, stability or breakdown by increasing upfront costs for some non-UK residents purchasing a home in England or Northern Ireland. It could affect customer decisions around the type and location of property purchased.”

Expats who have residence or dual-nationality elsewhere, or those who move between countries on a regular basis for work or investment purposes, could find themselves affected. The legislation is likely to prove very technical and nuanced, with some potentially forced to pay the extra stamp duty even when this shouldn’t be the case.

What is being brought in and who is likely to be affected?

The new measure will introduce new rates of stamp duty for buyers of residential property in England and Northern Ireland who are not resident in the UK, and will also affect conveyancers and other professionals who advise on such transactions.

The new rates will be 2% higher than those that apply to purchases made by UK residents, and will apply to purchases of both freehold and leasehold property, as well as increasing SDLT payable on rents on the grant of a new lease. The stamp duty will be on top of the 3% owed on second and buy-to-let homes and the normal rates of stamp duty everyone must pay when purchasing a property in the UK (outside of the current stamp duty holiday, which is set to end on March 31 2021).

Operationally, the measure will apply to land transactions with an effective date of April 1 2021 or later, but where contracts were exchanged prior to March 11 2020 but complete or are substantially performed on or after April 1 2021, transitional rules may apply.

Transitional rules may also apply where a contract is substantially performed on or before March 31 2021 but does not complete until April 1 2021 or later.

As was stated in the Conservative Party’s 2019 manifesto, the revenue raised – previously stated by Sunak to be around £650 million each year - will be put towards tackling rough sleeping, with the main objective of the policy being to make house prices more affordable, ‘helping people get onto and move up the housing ladder in line with wider objectives on homeownership’.

Theresa May first mooted the measure at the Tory Party conference in October 2018, to make it easier for domestic buyers to buy homes that might otherwise go to wealthy individuals or companies from abroad, who then keep them as investments (often known as Buy to Leave) or rent them out at ’inflated’ prices.

Previously, the government pointed to figures which show that 13% of new London homes were bought by non-residents between 2014 and 2016, while it’s also stated that it’s unfair that foreign individuals and companies who do not pay UK tax can buy homes as easily as those who already live here and contribute.

The surcharge introduced in April represents a beefing up of the 1% tax consulted on during Theresa May’s time as Prime Minister, but a slight downgrading of the 3% proposal put forward by the Conservatives during 2019’s election campaign.

It was stated that, under those proposals, a wealthy overseas buyer of a £1.5 million home in London would pay £183,750 in stamp duty compared with £93,750 for a Londoner buying the property for their own use.

Brexit has already caused a decline in the number of properties owned by overseas companies in England and Wales, and the future double whammy of Brexit and the 2% surcharge – plus the current travel restrictions caused by Covid – may dissuade overseas investors from investing money into the UK. Equally, some expats who have been living elsewhere and now want to return to the UK may find it much harder to buy without facing increased levels of stamp duty.

We will only know how many people will be affected, and how smooth the system functions, when it has been introduced and has had time to bed in.

There has been no mad rush from overseas investors to purchase homes before the new stamp duty is introduced as of yet. The fact that there will have been more than a year between the announcement of the measure and its implementation has allowed investors plenty of time to prepare, while some suggest it has largely been baked into the market already.

Knight Frank said at the end of last year that it believed the conclusion of a Brexit deal before the end of the transition period meant that 2021 would see more international buyers in the UK, but that was before Lockdown 3.0 and much tougher border controls and restrictions on travel were introduced. It also seems likely that the extra surcharge will have some kind of dampening effect on the market, as a further deterrent to overseas investment.

How will the market function after the introduction of the 2% surcharge?

Camilla Dell, founder and managing partner of buying agency Black Brick, believes the 2% surcharge for overseas buyers will have some impact.

“It’s unlikely to be the same as we’ve seen before, when typically, stamp duties have been absorbed into the market,” she says.

“There will certainly be some parts of the market that will be more vulnerable to the 2% surcharge from April 1 and will see prices come down in line with the increase. This includes high-density new-builds in secondary/tertiary parts of London which are very much focused on the overseas buyers’ market, for example Battersea Power Station, Canary Wharf and Lillie Square.”

Will the new surcharge along with Covid and Brexit have a dampening impact on overseas investment in Britain moving forward?

“It’s difficult to remember the last time a client asked about what impact Brexit is going to have on the London property market, so we feel this is less of an issue this year,” Dell comments.

“In terms of any impact on pricing, we believe it’s been baked into the market already and prices are unlikely to be affected by Brexit now we’ve left the EU, secured a deal, and established that the hundreds of thousands of people that were predicted to leave the city haven’t.”

She adds: “For our overseas clients, what’s more of a concern to them is the foreign exchange rate and some of that advantage has evaporated for US dollar clients as sterling has strengthened this year.”

In terms of the pandemic, Dell says her clients are not worried about its effect on property prices, ‘it’s more about staying safe on viewings’.

“What we’re seeing is the really serious buyers coming through; gone are the window shoppers, so what we’re seeing are committed and serious domestic and overseas buyers which is really positive,” she continues.

“Despite the current lockdown and new travel restrictions, overseas buyers will still be coming to the UK looking for purchases, including from countries such as the US. The pace at which Black Brick has signed new clients so far this year is extraordinary and a sign that appetite for London property is still strong. Since January 1, Black Brick has acquired six new clients – four from overseas (including the US and Africa) and two from the UK.”

Poll: Is the additional surcharge on non-UK residents right and fair?