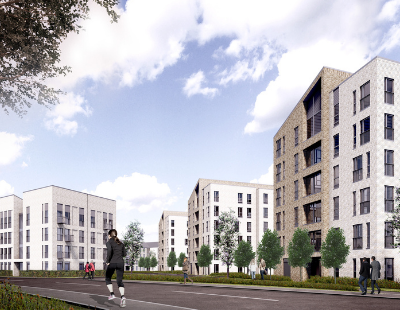 Comprising five blocks, the Newall Street development will provide a mix of one and two-bed flats and three of the blocks will be next to the River Clyde walkway. Swan Group has recently concluded a contract with PfP Capital to deliver all 151 units.

The development will be close to the city centre providing vital affordable homes for people who want to live and work close to Glasgow city centre and is part of the Clyde Gateway regeneration project.

Planning for Newhall Street was overseen by City Design and with four areas of general amenity space and private garden grounds for ground floor flats, residents will be part of a community with ample outdoor space for people to enjoy.

Phil McGinlay, managing director of Swan Group, comments: “Swan Group’s Newhall development is set to revitalise an area in Glasgow’s east end which will offer residents unrivalled, safe access to the city centre. Not only will the 151 flats be positioned next to the River Clyde walkway, they are right next to Glasgow Green offering a traffic free route through to the heart of the city.”

“We look forward to delivering more high-quality affordable homes for the workers and families who are integral to the future of Glasgow city.”

Martin McKay, executive director of regeneration at Clyde Gateway, adds: “I am delighted to see Swan Group’s ambitious plans reach the next stage of delivery. These quality new homes will add significantly to Clyde Gateway’s regeneration aims as ‘the place’ in which to live and work.”

“We are always really encouraged by the demand for new homes in Clyde Gateway and Newhall Street is perfectly located for local communities to readily access green space and active travel.” 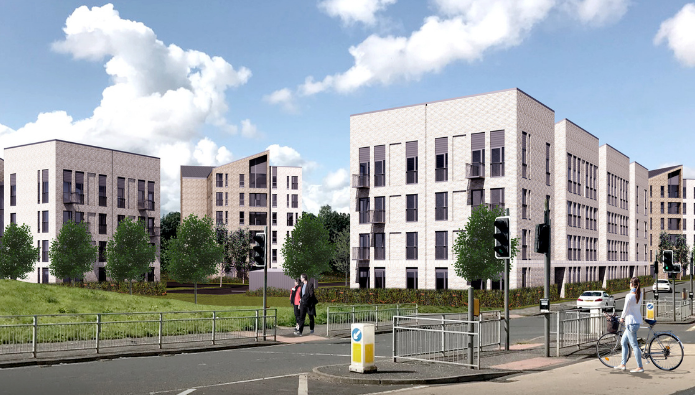 Alongside Newhall Street, Swan Group has planning consent for new affordable homes in Royston, in the north of Glasgow. These crucial projects aim to fill the gap in affordable housing, as well as bringing people closer to Glasgow city centre.

The recently approved City Centre Living Strategy Vision aspires to double the current city centre population of around 20,000 by 2035.

Bellway London has exchanged contracts to acquire land for an estimated 168 new homes on a site of a former lido in Croydon.

Located off Waddon Way, the land was formerly home to Purley Way Lido which opened in 1935 and sat adjacent to the former Croydon Aerodrome – London’s first airport facility.

The Lido closed down in 1979 and the pool was filled in to be replaced in 1981 by Wyevale Garden Centre, which has occupied the site since.

The homes will be built around the existing Grade II diving board, which will sit at the centre of the development. The board was given listed status in 2013, as it remains almost perfectly intact following the demolition of the lido.

Bellway London is currently consulting with both Croydon Borough Council and the Greater London Authority to form their application scheme, which will comprise a mix of one, two and three-bedroom apartments for both private sale and affordable rent.

The scheme will also include 6,000 sq ft of commercial space for up to five retail or office units. An estimated £2.5 million will be paid into local community and infrastructure and S106 contributions as part of the development.

Daniel Bradbury, regional director of Bellway South London, comments: “We are honoured to be able to deliver new housing on a site with so much recognisable history, both within the development and around it.”

“This development is being designed to suit a range of homebuyers’ requirements, with everything from starter homes to family living spaces.”

He says: “We are currently finalising our designs for a high-quality development which will frame the listed centrepiece and will fit seamlessly into this vibrant part of Croydon. We aim to begin construction work later this year and to have the first of the homes ready for occupation in 2022.”

Bellway London completed construction work on IKON, a development of 96 apartments off Purley Way, last year. The development welcomed over 100 first-time buyers into their first home in Croydon.

Pocket Living has been granted a £19.3 million debt facility with Pluto Finance for...

Up to 350 lower-cost residential units, including 150 affordable properties, will...

Croydon, a part of South London which has given birth to...

Old Kent Road scheme gets the go-ahead from Southwark Council ...

The green light has been given by Southwark Council to developers...