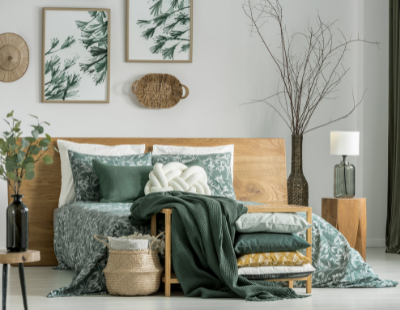 One of the challenges that any developer faces when building entry-level homes is how to stand out from the crowd. Build a large, detached house, and you have the budget and space to create a few wow factors. But a small one-bed flat is a different proposition, and of course, many purpose-built apartments are all pretty much alike.

So, what can you do to have your beautiful new flats stand out from the crowd? And what will increase their value or at least help them shift more quickly? Here are a few ideas that might help.

1. Make the most of heritage features

One aspect of converting a commercial property to residential is that you’re likely to inherit a few design features from the host building, often unavoidably so. But rather than being a negative, it’s possible to turn these into ‘heritage’ features that add character.

Think of the New York loft apartments or the old Thameside warehouses in central London. Not so many decades ago, these would have been perceived as about as far from des res as you could get. Today they command a premium, partly because of their location but also because of their character. So, make a point of retaining and celebrating the quirks and features of your building, and it will stand out from the more run-of-the-mill competition in purpose-built blocks.

Cat swinging is not something that happens much in smaller flats and houses, where storage space also comes at a premium. In particular, larger items like vacuum cleaners and suitcases struggle to find a home and so tend to lie around, cluttering up the place. Thinking about storage space at the earliest design stage can pay dividends since it can both add value and differentiate you from others on the market. Even the smallest spaces can be used for storage, so don’t feel embarrassed about creating a small or narrow cupboard: it will still be useful.

A common mistake I see new developers make when building lower-priced homes is to opt for the lowest cost specification throughout. This is a massive own goal since it’s the little things that can make a big difference. Cheap single panel doors with basic door furniture make the whole place feel low rent and borderline institutional. But you don’t need to step too many rungs up the pricing ladder to get a mid-range wooden door and some nice, brushed steel handles, plus you probably won’t have that many doors in each unit.

Overall, your budget will only have increased by a small amount, but the customers’ perception of the quality will go up disproportionately. The same rule applies to light switches and power sockets: white is perfectly acceptable, but chrome or colour adds character. Just be mindful of the overall cost.

I know what you’re thinking – top-of-the-range washing machines are all very nice, but what about the budget? Well, here’s where branding can work in your favour. Of course, premium brands such as Bosch, Neff, AEG, and Siemens cost more, and they’re not what most people would expect to find in basic flats. Yet all of these brands offer entry-level models that, while light on features, are heavy on brand cachet and don’t cost a great deal more. Your customers will notice the brand, not the model, and it can help lift the perceived quality of the entire home.

Small homes usually come with small rooms, and bathrooms are no exception. Yet we all know how uncomfortable it is when you’re trying to take a shower in a cubicle that’s barely big enough to turn around in. Instead, make a point of going large on the shower front so that its size is immediately noticeable when you walk into the room. Naturally, this will mean pinching space from somewhere else. Still, it’s unlikely to be a colossal compromise – even a large shower doesn’t take up a vast amount of space. But I guarantee you it’s something that people will notice, and it can make a difference to a home’s saleability.

6. Don’t skimp on the tiling

When creating a tiled splashback behind the basin, you can save a few pounds by not tiling down to the ground. The thing is, the wall behind the basin is a place where dust and dirt accumulate over time, and it’s much messier and more difficult to clean if it’s not tiled. So, do the decent thing and tile down to the floor. The increased cost is negligible, and it’s one of those little touches that can make a room seem more homely, even if people struggle to put their finger on exactly why.

No one likes a poky flat, and now that natural light is a requirement for both permitted development and full planning schemes, its absence shouldn’t be an issue. But you should still take time at the design stage to work with your design team on maximising the amount of light you’re getting into your units. It’s not just natural light you need to worry about; a few strategically placed downlighters can make a real difference. That said, don’t spend money unnecessarily: I recall one developer who blew a small fortune on sophisticated mood lighting, forgetting that viewings would be happening in daylight hours.

Slipping in a couple of Bluetooth speakers in the lounge and bedroom ceiling allows you to play music throughout using an app on your phone. The cost is negligible when you include it within the design specification rather than attempting to retrofit, and there’s a small wow moment at play on each viewing when the estate agent flicks on some tunes. It’s not so much the novelty of the solution but the thoughtfulness and quality that strikes a chord, and I suspect that few of your competitors will have bothered.

A key challenge with small flats is that they’re, well, small. Of course, you can make them bigger, but then you need to charge more for them, plus your values per square metre will be lower. One idea that can work well on conversion projects is to open the roof voids to create vaulted ceilings. This can dramatically increase the feeling of space and make your units far more appealing when compared to other flats with the same footprint. They feel a lot bigger and more spacious.

We always install deeper than usual splashbacks in our kitchens, as not only do they look better, they’re also more practical. Another item we include is a frosted glass splashback behind the hob, as this adds a quality touch without costing a fortune.

So, there are a few ideas to get you thinking. The key is to consider these things at the design stage so you can incorporate them from the outset and not to blow the budget on unnecessary items. With a bit of imagination, some foresight, and a little extra strategic expenditure, it should be possible to add a lot of value to your developments without breaking the bank.

*Ritchie Clapson CEng MIStructE​ is the Director and Owner of propertyCEO

Revealed: how can you be a strategic investor? ...

Property investment cons – how can you avoid them? ...

There has been an increasing trend in recent years for property...

The growing appeal of peer to peer property lending ...

Property is an appealing investment: it’s been proven (in a favourable...

Not for the faint of heart: here’s how to buy your first investment property ...