Which city is driving HMO decline? The answer may (not) surprise youā€¦ 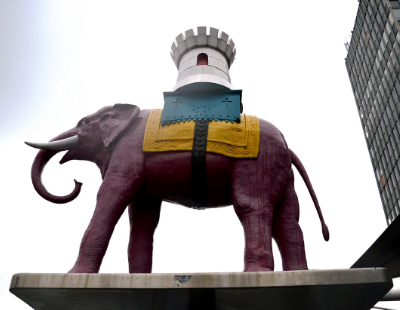 Situated in southeast London, Elephant & Castle boasts a rich history as well as an intriguing reputation. In recent years, the Elephant had become known more for its unique appearance, with its bright blue shopping centre which featured a pink elephant at its forefront. To some, the shopping mall was unsightly and its demolition earlier this year was welcomed.

To others, the garish shopping centre might not have been easy on the eye, but it was what made The Elephant the elephant. It was in-your-face, it wasn’t pretty, but it had character.

This is why the looming regeneration of the area has been splitting opinion. There has been a history of inner-city areas, mostly home to the working classes and people of colour such as Hackney and Brixton, being gentrified far too quickly. Sometimes ‘regeneration’ is a nice spin on what can end up being pricing people out of the place they call home.

The Elephant & Castle shopping centre could be seen as ugly, but it was never dull and there is something quite hollow at the prospect of a once colourful area being full of shiny new buildings that local people cannot afford.

As Elephant & Castle’s regeneration comes into full force, the PIT team explores if the redevelopment will make The Elephant lose its essence or give it a much-needed overhaul. 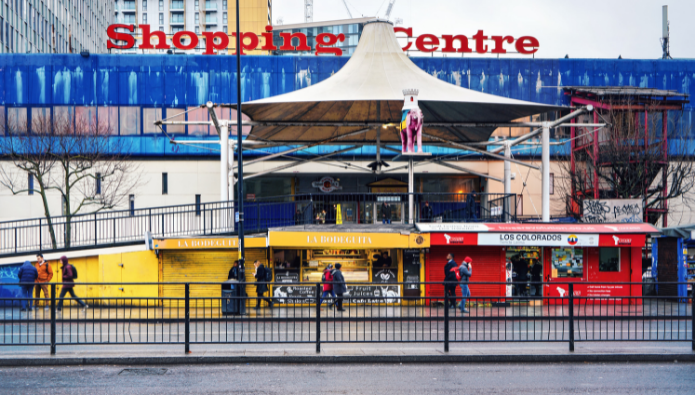 An overview of the plans

The regeneration has two main developments: Elephant Park and a new town centre which will replace the Elephant & Castle shopping centre. There are 24 projects which form the core of the regeneration programme and are in various stages as of now; completed, underway and in the pipeline. There are also ‘early housing’ developments being built to rehouse the former residents of the Heygate Estate.

On a pleasant August day, the PIT team visited the Elephant Park scheme and found local people, especially young children, revelling in the outdoor spaces. Lendlease is the developer behind Elephant Park and it is a mixed development scheme set to be completed in 2025.

Elephant Park is full of lush greenery and a perfect spot to enjoy on a summer’s afternoon. The development also makes a big deal of its new ‘Energy Efficient Homes’, which the team behind it describe on their website as being at ‘least 35% more energy-efficient than current regulations require’ and using ‘30% less water than the average London household.’

A welcome sight at Elephant Park are the multicultural restaurants and retailers which mirror Elephant & Castle’s diverse makeup. People who like Japanese food can indulge themselves in Koi Ramen, while fans of Egyptian rugs can find out what the Magic Carpet has to offer and Latin fashion enthusiasts can get Colombian jeans and shapewear from Medellin Moda.

The rich culture on display should help to assuage those who feared that the regeneration of the area (especially the demolition of the shopping centre) would rid The Elephant of its cultural hubs. It is clear that efforts have been made to reflect the diversity of the local community.

When visiting Castle Square and looking for a bite to eat, members of the PIT team were spoilt for choice with a wealth of Caribbean, West African, and Latin American options to choose from.

In PIT’s interview with Elephant Park’s project director, Kristy Lansdown, she said the scheme has now ‘passed the halfway point of the project.’

The second major development is the new town centre which is in the process of being built. The Elephant and Castle Partnership say the town centre will bring new jobs to the area, creating 1,230 construction jobs per year for a decade and then around 2,000 full-time jobs once complete.

The town centre is also aiming to bring new housing to the area and hopes to create nearly 1,000 new homes for rent. With affordable housing being a constant topic of contention, the houses will be 35% affordable by habitable room and also include 116 new, social rented homes, offered in priority to people living and working in Southwark.

There are also several private development schemes which include Printworks, Strata Tower and Dashwood Studios. These new schemes have provided housing for buyers and tenants.

Elephant Central is a 374-home scheme from Build to Rent provider Get Living. UNCLE Elephant & Castle offers has 279 apartments and provides tenants with co-working spaces, a 24/7 live-in management service and a 45th floor Sky Lounge. The 279 apartments are on the high-end scale and prices start from £2,300 per month.

The concerns surrounding the regeneration

The regeneration has faced considerable backlash due to community concerns about displacement and also fears of  ‘social cleansing’. In an article with VICE, ahead of the demolition of Elephant and Castle Shopping centre, local traders claimed they were not offered a suitable place to relocate to.

Al Hassan, a trader in the area, gave the following closing comments to VICE: “I don’t feel like I belong [in Elephant and Castle] anymore.”

Al Hassan’s sentiments pose the question of who is the development designed for; affluent city slickers or people who call The Elephant home and also depend on the area for their livelihood.

The charity, Latin Elephant, have also been highly critical of The Elephant’s regeneration. Latin Elephant describe themselves as ‘voicing the concerns (of) migrant and ethnic groups in Elephant & Castle and London.’

On Latin Elephant’s homepage, there is a list of Elephant & Castle traders who say they have been offered no place to relocate to. The images of displaced traders, some of whom have spent nearly 20 years working in the area, is saddening and a reminder of who can be left behind when areas undergo such huge transformation. 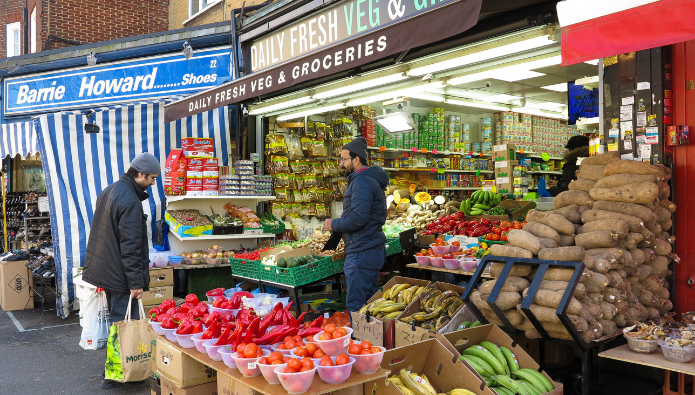 The demolition of the shopping centre was subjected to numerous planning application issues before it was finalised. The formal application was submitted in October 2016 and was finally approved by London Mayor Sadiq Khan in December 2018.

Patria Román Velázquez, the founder of Latin Elephant, said at the time it was ‘a sad and grey day for our communities’.

History and heritage of The Elephant

When delving into Elephant & Castle’s past, it appears that the regeneration of the area might be taking it back to its former glory as opposed to culling it of its charm. It used to be known as the ‘Piccadilly Circus of south London’ because of its strong transport links and reputation as a cultural, shopping and leisure hotspot.

The Elephant was a favourite for film-buffs as it was home to the Coronet cinema and the Trocadero entertainment complex.

As well as being a major entertainment attraction, the area boasted strong transport links. Railways operated in the area from 1863 and in 1904 the Tube arrived. It is still the southern terminus for the Bakerloo Line.

Nazi bombing during the Second World War caused the area to decline significantly and it lost its glitz and glamour, soon becoming a shabby shadow of its former self. The area was attacked heavily during the war and the worst raid to hit the place was on May 10 1941, when bombers targeted The Elephant and it was engulfed in flames. Following the war, the area lay in ruins and bomb craters lined the district.

Elephant & Castle is also home to a sizeable black community, which make up the area’s main ethnic group and comprises of 37% of the population according to the property search tool, CrystalRoof.

When exploring the Elephant’s past, it is undeniable that the area had become a second thought, and while it endured a somewhat tatty appearance, it was full of character.

As the Elephant enters a new stage it mustn’t shed what made it so fascinating and vibrant. Hopefully, the Elephant’s regeneration keeps local people at the forefront, so it can go on to become bigger, better and bolder.