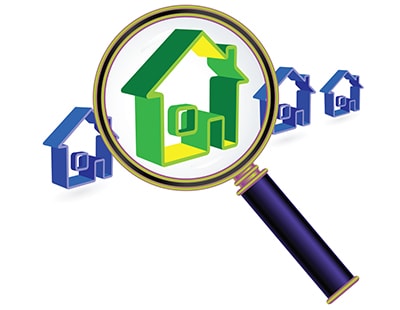 In the fourth and final part of our series on the fast-growing commercial to resi trend, we check in on schemes in Leeds and Staines, as former offices and retail venues are transformed into much-needed housing.

Property investment and asset management specialist Addington Capital has secured ‘permitted development determination’ to change its fifth (and last) building at Headingley Park, Leeds from office to residential use.

The 43,000 sq. ft office building, known as Stockdale House, has received permission under Class O and will be redeveloped to create a new residential building on ground to fifth floor for 70 units which will be targeted at the private rented sector. Some 62 one-bed apartments and eight two-bed apartments will be created for rent.

Addington acquired Headingley Park in a joint venture in August 2014, and the asset manager has redeveloped four of the blocks on the site to PRS already, creating 152 residential units to date.

Headingley Park is described as being ‘in a beautiful parkland location of about 5.5 acres’, easily accessible to Leeds city centre. Addington says it has been redeveloped to the highest quality and has attracted strong interest from the city’s growing young professional market. Current occupation rates in the existing four buildings are at 97%, the company says.

The PRS scheme is managed by Add Living, the specialist residential management and leasing sister company to Addington, which has an onsite residents’ services and maintenance team.

“Leeds has a population of around 780,000 making it one of the top four cities in the UK. It has a vibrant student and young professional population, but a shortage of suitable quality property to rent. Given current occupation levels, we are expecting demand for the new units at Stockdale House to be high,” David Dalrymple, partner at Addington Capital, said.

The current commercial tenants have leases expiring in October 2023, giving Addington around 12 months to get the permitted development conversion completed.

Adam Stackhouse, head of developments and commercial investments at Winkworth estate agents, said: “In the recent report by Create Streets, it was really interesting to see the focus right back to one of the key areas of concern for UK property companies – the high street. With a Cabinet reshuffle behind us once again, it is frustrating to see that we are now under the leadership of our fourth Secretary of State in as many years, and perhaps no surprise that we find topics such as urban regeneration floundering when high streets and communities are both crying out for a strong, practical policy.”

He added: “The conversion of existing buildings makes sound, economic sense. If Michael Gove can get his weight behind this vital initiative, we could really see town centres spring back to life. When buildings located on artery link roads to the high street are converted into homes, people will flock back to the retail districts on foot, and we will see them flourishing once more.”

Future High Street Living recently announced that it has acquired a 0.66-acre site in Staines, made up of a basement plus a four-storey vacant department store, formerly occupied by Debenhams.

A £9.5m loan for the acquisition was provided by real estate funding specialist, ASK Partners.

The site is in Staines, situated just to the west of London and only 3.6 miles north of Heathrow. Previously most associated with Sacha Baron Cohen’s fictional Ali G character, the area has been undergoing a renaissance in recent years.

The well-located town beside the River Thames has been experiencing major regeneration, including residential schemes from two of the UK’s largest housebuilders.

Plans for the town also include Spelthorne Council’s emerging policy, which includes this site on a preferred option list.

This emerging allocation states that the site could receive planning for approximately 250 units. With this in mind, Future High Street Living has prepared indicative plans and intends to carry out a mixed-use residential-led scheme, subject to consent.

Sam Ginda, chief executive of Future High Street Living and the Taylor Grange Group, said: “We are delighted to have completed this acquisition in collaboration with ASK on such an iconic site which is line with our vision and ethos at Future High Street Living. We recognise that ex-retail sites such as this are ripe for repurposing, and investment in developments like this will introduce much-needed new homes and new reasons to visit these areas again.”

He added: “We are working very closely with Spelthorne Council to ensure we can deliver a high-quality scheme through design and amenity which the area warrants and for the local people and its incoming residents. This is our fourth acquisition this year and we are very excited to roll out our vision with our valuable funding partners.”

Daniel Austin, co-founder and chief executive of ASK, added: “This is a great site which we were delighted to help fund. Developments by two leading housebuilders have repositioned Staines as a strong commuter location and set a new benchmark for values in the area.”

“Given its situation on the river Thames and excellent transport connectivity, alongside a rise in demand for high-quality accommodation, I believe a mixed-use residential scheme would be highly successful on this site and look forward to seeing Future High Street Living’s plans come to fruition.”

Investors - is housing the future of the high street? ...

On PIT, we’ve asked this question quite a lot in recent...