The latest figures from auction specialists iamsold show that residential auction is continuing to grow in popularity with estate agents in the South of England.

Auction property sales in the region have reached over £240 million since the start of the year.

Not only is auction increasing in popularity amongst agents, with a 43% rise in the number of Southern properties available at iamsold’s online auctions, but potential buyers are also flocking to the Modern Method of Auction due to the speed, security and transparency associated with this method of sale. 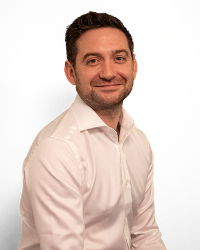 Jamie Cooke, iamsold’s managing director, says: “Our profile is continuing to grow in the South and, since January, we’ve welcomed 341 new Partner Agents from the area. With the shift in outdated attitudes towards auction, one being that it’s something that only works in the North, we’re pleased to be able to work with more agents to help them offer auction as an option to more clients.”

“We’re also supporting agents as we’ve been able to pay out more than £12.5m in agent fees since the beginning of the year to those based in the South alone, many of which have been within 7 days of the electronic gavel falling a significantly faster rate than Private Treaty sales, which have now reached record-completion times of 17.6 weeks, as reported by TwentyCi.”

He adds: “This can be challenging for agents when managing cash flow and we know that the longer the completion time is, the higher the risk of fall-though. MMoA benefits from a 95% completion rate meaning that cash flow is far more secure.”

“Over the last year, it’s fair to say that the Modern Method of Auction has demonstrated it works in all market conditions. Seeing results such as these gives us the confidence that the perceptions  surrounding auction is shifting for both agents, buyers and sellers.”

Allsop has released its November residential auction catalogue, offering 212 lots across the country.

The new catalogue features 11 lots with guide prices of £1 million or above. Buyers will be able to choose from the usual range of residential properties, including houses, flats, ground rent investments and land with development potential, as well as rare lots, such as a former courthouse and a Grade II listed former bunker.

Highlights of the sale include:

Richard Adamson, partner and residential auctioneer at Allsop, comments: “Our November catalogue offers the usual mix of flats, houses, ground rent and land investments, as well as a selection of rarer properties which will appeal to those looking for a heritage asset.”

“Taking place exclusively online, buyers will be able to transact from anywhere in the country or world with business and leisure travel back on the agenda for many. We look forward to another busy sale after a productive Q3 which saw Allsop raise £278m across both residential and commercial auctions.”

The auction will take place online on November 9. The catalogue can be viewed here.

A former guesthouse with nine bedrooms and a swimming pool near Sutton Coldfield was sold for nearly three-quarters of a million pounds ahead of Bond Wolfe’s latest auction.

The detached property known as Highfield Farm, overlooking open countryside on Farthing Lane in Curdworth, had a guide price of £635,000-plus but keen interest saw its sale prior to the auction for £740,000.

This unusual freehold property joined 154 lots that were successfully sold in the auction on October 20, raising a total of more than £16 million in sales.

The building, which started life as a farmhouse on a working farm before being used as a guesthouse, had been described as somewhere that could easily be converted back into a family home. 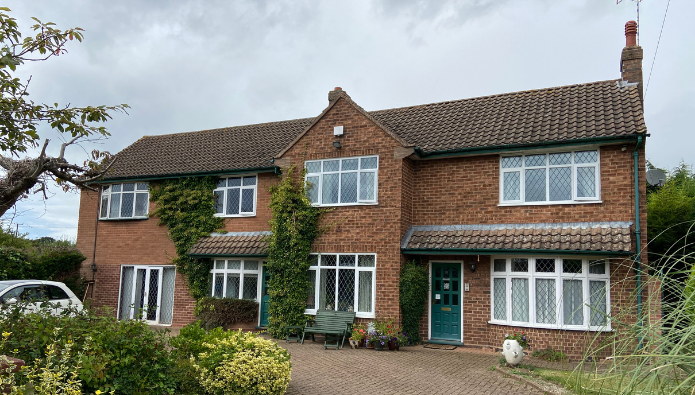 Ian Tudor, joint managing direct auctions at Bond Wolfe, says: “We were very pleased with the final price of £740,000 that secured the sale of what is a large and attractive property.”

“Potential buyers were certainly impressed with its landscaped grounds, the swimming pool and the fact that while it overlooks open countryside it also has excellent access to the Midlands’ motorway network via junction 9 of the M42.”

“Its history was also interesting to potential buyers, as while it once served as a successful guesthouse it had been used as a family residence for the previous owner.”

With a large extension to the rear and outbuildings, Tudor says the property could with some simple reconfiguration once again become a large private residential dwelling.

As well as the numerous reception rooms, nine bedrooms and various bathrooms, Highfield Farm also boasts a brick-paved in-and-out driveway with gardens and a lawned area to the side with mature fruit trees and fishpond.

There is also a rear patio area with a swimming pool and a generously sized detached building currently used as a snooker room with a bar and toilets.

Tudor adds: “We had been expecting stiff competition for this unusual property and we certainly received lots of strong interest.”

A red brick church designed by one of the leading ecclesiastical architects of the Victorian period sold at auction by Brown&Co JHWalter.

The church, designed by John Loughborough Pearson, was built in 1879 to serve the parishioners of Sturton by Stow, whilst the much smaller nearby village of Stow has one of the grandest and historic churches in Lincolnshire.

St Hugh’s was licensed by Bishop Christopher Wordsworth as a Mission Room. The building has a tiled roof with decorated ridge tiles and inside offers 2,000 sq ft of space. Outside it has a plot of around 0.2 of an acre. 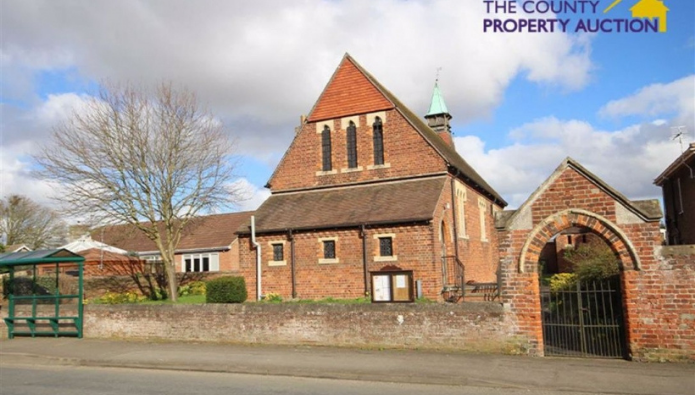 James Mulhall, auction manager at Brown&Co JHWalter, comments: “This was another successful auction taking our total raised to more than £10 million for our clients in 2021.”

Wednesday’s auction was the first since the acquisition and merger of Lincoln-based JHWalter by Brown&Co.

The next auction is on December 8 at 3pm.

Some 450 people registered for the Sutton Kersh October auction, which has seen a total of £8.2 million worth of property sold so far.

The auction echoed the trends of the national property market with residential investment properties receiving multiple offers and bids both prior to the event and on the day itself.

The team sold £1.4 million worth of property prior and offered 80 lots at the auction on the day.

The auction got off to a ‘sensational’ start with Lot 1, a three-storey detached former church building in Bolton, which has been converted to provide 16 self-contained flats, together with a manager's office, ancillary staff facilities and communal areas. The original church building dates back to the 19th Century. An intense bidding war took place on this, which lasted over 18 minutes and resulted in the property selling for £333,000 over its guide price. 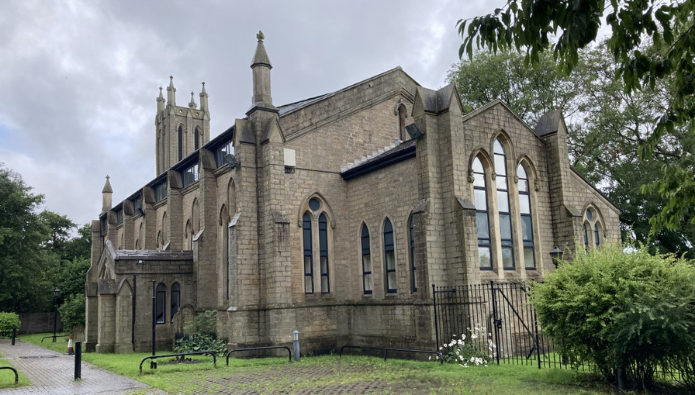 Lot 5 also gained great interest as vacant land is currently in high demand. This particular plot of land is at the junction of Warbreck Moor and Hall Lane in L9 and had a guide price of £100,000 but sold for £181,000.

There were 8 Lots that had a guide price of under £40,000 and all sold for over their guide. Lot 38 received a lot of interest and with a high number of bidders eager to get this property it ended up selling for £63,000 over its guide price. It was a three-bed mid-terraced property in Bootle, L20.

The other 7 properties were a mixture of apartments and mid-terraced homes. Another property in Bootle also had strong interest; a three-bed double-fronted detached house on Breeze Hill in L20, in need of a full upgrade and refurbishment, which had a guide of £90,000 and sold for £134,000.

Associate Director Cathy Holt comments: “I am delighted with today’s results for our vendors, we achieved over £880,000 in total above reserve for our clients. The property market is still buoyant and an attractive investment for many. Auction Lots in areas where properties have a high yield once again performed really well at auction and are still proving popular with investors and owner-occupiers.”

Sutton Kersh’s final auction of the year will take place on December 9.

This week’s auction roundup is filled with Christmas joy, from Sutton...