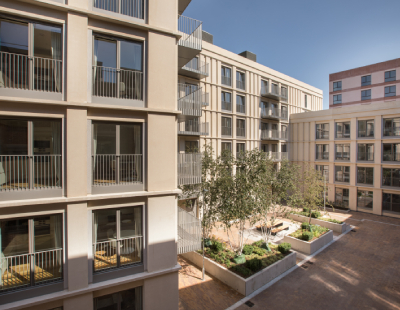 The doors have been opened to the first phase of a flagship East London development, with canal-side rental homes now on offer at Sugar House Island.

Set against the backdrop of the Three Mills Wall River, Botanical Mews hosts a ‘healthy mix’ of homes, from studios to four-bedroom mews houses. Many include large balconies and terraces, with the development sitting at the heart of a ‘new close-knit community’ established by the creative quarter of Dane’s Yard. 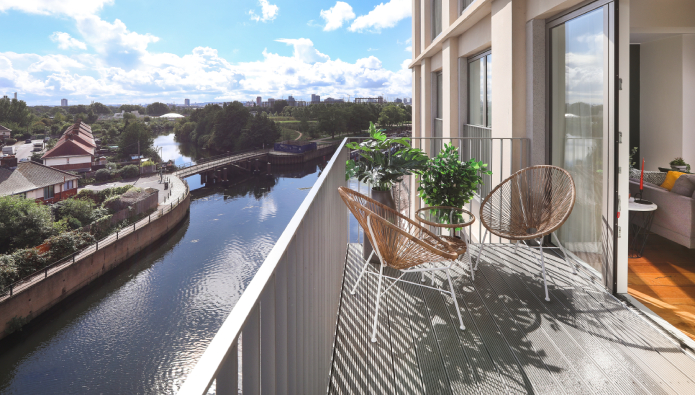 New residents can expect to enjoy views of the surrounding waterways as well as communal parks and yards with semi-private gardens. The homes are described as well-connected, with eight train stations within walking distance, five bus routes and two dedicated cycle routes linking Sugar House Island to the city.

As a result, Botanical Mews residents will be able to reach Canary Wharf in 15 minutes, Liverpool Street in 20 minutes and City Airport within 24 minutes.

Sugar House Island – delivered by long-term investor Vastint UK, a mixed-use developer active in the UK since 2010 – is being hailed as a ‘thoughtfully designed new corner of the capital’, with a ‘distinctive sense of place’.

This distinctive, urban environment is made up of ‘diverse architecture and rich character’, with almost a thousand years’ history to call upon. It is set to be home to independent retailers, bars, coffee shops, dry cleaners, local grocers and a gym, with further plans for a local dance and music collective. The resident Print House Bar & Kitchen is open to the public serving fresh baked sourdough pizzas.

“Botanical Mews gives residents a new sense of space which isn’t often experienced when living in London,” Andrew Cobden, managing director at Vastint UK, said. “As we see more people wanting to escape the hustle and bustle of central London, looking for greenery, access to the outdoors, yet with shorter commutes, Botanical Mews offers the ideal balance.”

He added: “Sugar House Island is carefully curated to benefit households of different ages and sizes and to create an integrated and animated local neighbourhood. With construction underway on the new primary school, to be operated by Big Education Trust, there are many perks for people looking to start or relocate a family in east London.” 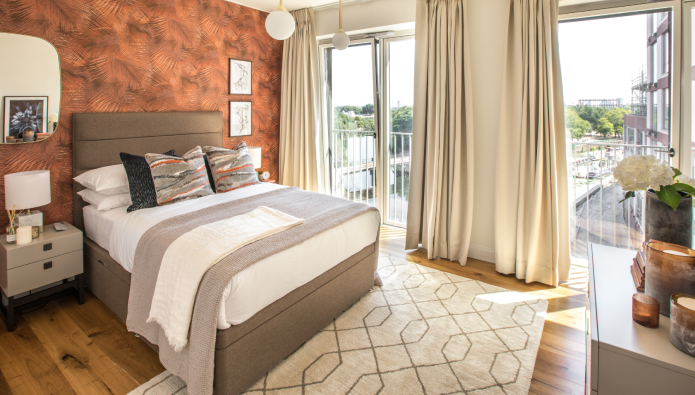 What are its main selling points?

Vastint UK defines the main qualities of Botanical Mews as such:

Botanical Mews will offer the first of 1,200 homes that Vastint UK is set to deliver at Sugar House Island, as well as 624,000 sq ft of office space, shops and amenities. Studio, one, two and three-bed apartments and four-bed mews houses are now available to rent from £1,500 pcm.

The signing of the s106 means another key step has been taken towards the delivery of 995 brand new apartments in Digbeth, with 10% of the Build to Rent homes now being offered as affordable housing, an additional community benefit to the value of £5 million. 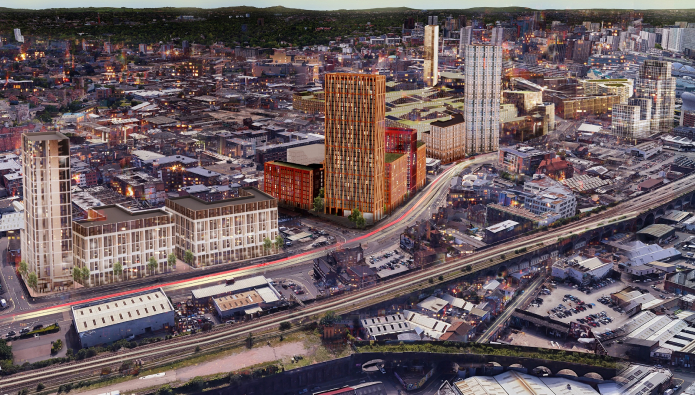 The Stone Yard scheme, being delivered by Court Collaboration, will see the regeneration of the former Bull Ring Trading Estate site on High Street Deritend, delivering an ‘impressive’ complex of seven separate buildings, with a mix of one and two-bedroom properties.

Additionally, the development is set to include around 30,000 sq ft of commercial space for uses such as a gym and cinema, co-working space designed to support the city’s abundance of entrepreneurs and SMEs, and a facility for the Irish community following the closure of the iconic Irish Centre earlier this year.

Designed by Glancy Nicholls Architects, the scheme will boast two landscaped courtyards offering extra space for homeowners to enjoy the open air and take in the hustle and bustle of city centre living. There will also be a new pedestrian boulevard flanked by the commercial space.

He added: “Stone Yard will be just that and will encourage the best of ‘work, live and play’ with a range of potential leisure and retail opportunities. Therefore, we’re delighted to have completed the Section 106 agreement and committed to the affordable housing in the scheme. We look forward to starting work on site in Q1 2021.” 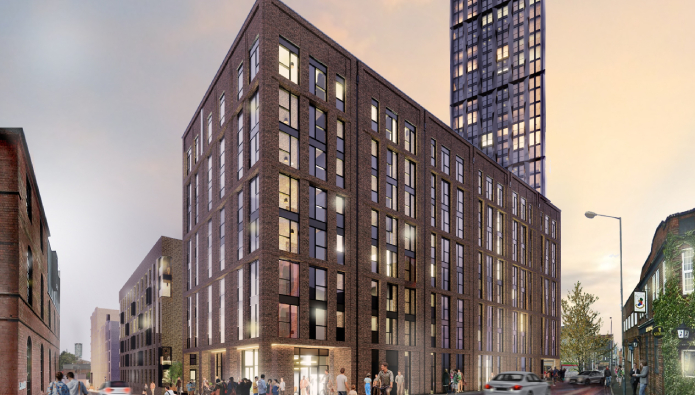 However, concerns have been raised that this could have a devastating impact on social and affordable housing, with some suggesting the proposed reforms could cut the number of affordable homes on offer by up to a fifth.

Is networking for property investors outdated? ...

For many people, networking brings with it negative connotations. It stirs...

How does collaboration benefit the property industry? ...

The property industry is among the most collaborative out there, or...