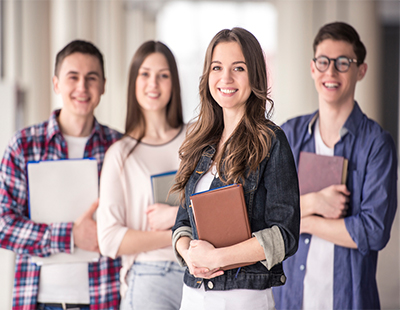 With students starting or returning to university in the next few weeks – and question marks over how things will play out with regards to Covid-19 restrictions and the spread of the disease – it has been claimed that the University of Southampton is home to the worst student landlords in the UK.

Using reviews left on the likes of Yell, Trustpilot and Google, boiler comparison site Heating Force collated 44,990 appraisals to reveal which university has the worst landlords according to students.

Landlords at the University of Southampton received an average of 2.5 out of 5 stars, gaining the unwanted crown of the worst student landlords in the UK. Despite being known for its intensive research and receiving five stars for its on-campus engineering faculty, the same can’t be said for the external landlords and accommodation students find themselves staying in.

Earning slightly higher reviews among students were Queen’s University Belfast, Newcastle University and the University of Bristol, which all managed to earn an average rating of 3.3 when it comes to accommodation.

Out of the 24 Russell Group universities - chosen for being world-class, research-intensive establishments - only three earned an average rating of 4 and up out of 5.

Taking the lead as the university with the best landlords was the University of Oxford – along with Cambridge, the most famous university in the UK and one of the most renowned in the world. Its landlords scored an average of 4.1 across the city.

Often cited as being the best university in the world, Heating Force says the city seems to have lived up to that title in all aspects, including accommodation.

Earning themselves a score of 4 out of 5 and completing the top three were London School of Economics and Political Science (LSE) and the University of Manchester.

What were the main issues?

As part of its research, Heating Force also surveyed 1,983 students and found that a ‘surprising’ 38% failed to do a thorough background check on their landlords before moving in.

Some 65% of the students surveyed had a negative experience when it came to their university landlord - of that 65%, 13% ended up moving out early. Keen to find out the main issues students had with their landlords, Heating Force tracked and reviewed all issues students mentioned in their reviews and revealed the main grievances as: 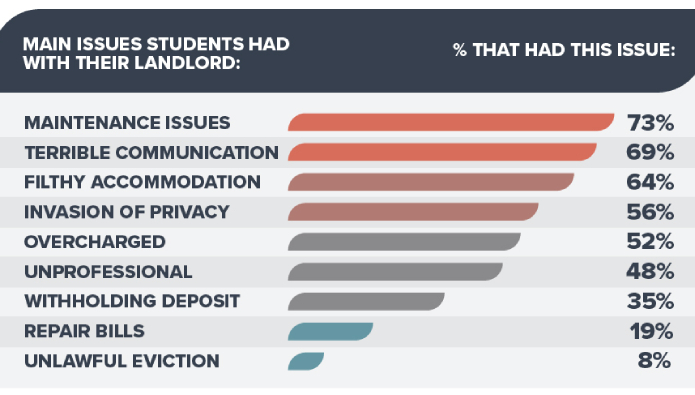 The most common problem students had with their landlord was maintenance issues (73%) – from things like having no heating to living in damp, mouldy conditions and roof leaks.

In the majority of cases, students mentioned not hearing back from their landlord when reporting an issue such as maintenance, getting back their deposit or even the state of the accommodation. Meanwhile, some 69% of the issues mentioned were related to their landlord having terrible communication skills.

Next up was the accommodation being filthy (64%). “When it came to the reviews it seems many students were sold a dream about the conditions they would be living in when looking online and during their viewing,” Heating Force said.

The fourth most common issue students had was an invasion of privacy (56%), with their landlords commonly dropping in announced, followed by being overcharged (52%) and being unprofessional (48%).

Lastly, some 8% of students had issues with their landlord regarding threats of and actual unlawful eviction.

“If there is no court order included in the eviction notice then this is illegal, so it is definitely worth students reading up on their tenancy rights before moving into their accommodation,” Heating Force said.

Poll: Do student landlords need to provide better accommodation than they are currently?

The Cumberland Building Society Industry Panel Q&A - what did it reveal? ...

The Cumberland recently sought the opinions of representatives from different areas...

Research by London South Bank University (LSBU) has claimed that the...

How can buyers of Spanish off-plan properties recover their investment? ...

The coronavirus pandemic has caused a considerable amount of uncertainty and...