Before the pandemic struck, Build to Rent (BTR) was undeniably the property market’s fastest-growing trend. Many expect it to recover quickly, too, as returns are solid enough to have nervous institutional investors happily ploughing money into what is seen as something of a safe haven.

With commercial, office, retail and industrial all set to suffer as a result of Covid-19, residential’s popularity among pension funds, private equity firms and other major financial players is likely to soar.

In a recent three-part series, we explored the investors, developers and property managers driving the BTR boom, while CBRE’s latest research suggests that BTR will bounce back sharply in 2021 and outperform other sectors over the next five years.

But how did the sector come about in the first place and where is it going in the future? Here, with the help of Dominic Martin, who has worked in the sector for over a decade and who served on the government’s PRS taskforce (2013-14), Property Investor Today seeks to answer these questions.

A trend decades in the pipeline

According to Martin, the rise of the still relatively nascent BTR industry is more than 30 years in the making, with the Thatcher government’s 1988 Housing Act introducing the Assured Shorthold Tenancy. This law, which effectively governs the PRS and those who operate within it, is best thought of as a rulebook containing the statutory rights and legal responsibilities of both landlords and tenants.

It was introduced to incentivise more investment in the private rented sector, which in the late ‘80s looked very different to now. Most tenancies took on the form of protected and statutory tenancies – which, in turn, created a legal system that heavily favoured tenants. Tenants effectively had the right to stay in a rented property indefinitely, passing the tenancy down to their relatives when they died. This made gaining back possession of a property very difficult for landlords.

As a consequence, landlords became far less willing to let their properties over fears that they’d eventually lose control of them. The Housing Act 1988 changed that, putting in play a number of safeguards to ensure that landlords had the right to gain possession of their property should they need to, provided they followed the procedures set out in the statute.

Ironically, for someone who is seen as the poster-girl for home ownership in Britain thanks to her controversial Right to Buy policy – which led to a mass sell-off of council housing and a subsequent housing shortage – it was Thatcher who strengthened the rights of landlords and set in motion the building blocks that would lead to BTR’s eventual success.

But the real turning point, according to commenters such as Dr Robin Goodchild – a special adviser at LaSalle Investment Management – occurred 23 years ago, with 1997 marking the election of New Labour and its decision not to reverse the AST and return to regulated tenancies.

Since that point, from Blair and Brown to Cameron, May and Johnson, there has been encouragement for big-money investors to get involved in the private rented sector – which has grown hugely in recent years to become the second biggest form of housing tenure, and the largest in London.

The first major milestone in BTR becoming the sub-sector we recognise today took place in 2009, in the dying days of New Labour. The ‘Private Rented Sector Initiative’, or PRSI, was the first government exploration of this sector – one which was already very well-established and successful in the US (where it’s known as multifamily). It was a request for expressions of interest from funds and developers.

“This was back ended into the Homes and Communities Agency (HCA; now known as Homes England) ‘Kick Start 2’ funding programme – which led to the funding of the ‘Berkeley/HCA’ portfolio which M&G and the Pru later purchased,” Martin says.

In 2011, meanwhile, Delancey (backed by Qatari Diar) purchased a 50% stake in the ‘Olympic Village’ apartments in Stratford, which later led to the formation of Get Living London.

“This was the first significant investment into a large residential rental portfolio, which furthermore wasn’t income producing at the time,” Martin states. 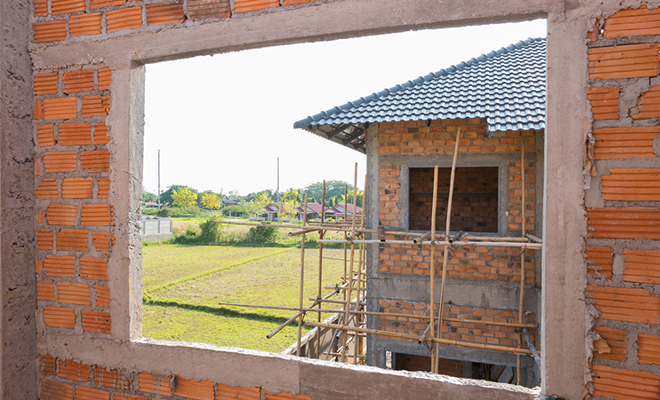 The Montague Report, led by Sir Adrian Montague, was commissioned by the government to review institutional investment into the PRS – and find out why investors remained wary and unwilling to take a leap of faith.

In 2013, however, things started to change. PRUPRIM, the real estate investment management arm of M&G Investments, acquired a £105.4 million residential portfolio owned by the Berkeley Group, partially funded by the HCA.

The portfolio consisted of 534 private rental units in 13 locations across Greater London, the south east and southern England. PRUPRIM took on the management of the portfolio on completion, with Berkeley becoming a minority co-investor. The day-to-day management of the properties was undertaken by Savills, in an early BTR entry for the global property firm.

The deal represented the first significant investment by a UK institution into a direct let portfolio.

Shortly after, the HCA’s BTR fund was launched. It was £200 million initially, but later increased to £1 billion. The government’s investment, made by way of a loan, covered up to 50% of eligible development costs. It was looking for high-quality, large-scale proposals of good quality and design, offering a strong investment proposition for long-term investment by institutional investors.

From 2013 to 2016, when it was withdrawn, the HCA BTR fund – in the absence of mainstream banks offering terms for residential construction debt - helped to kickstart the sector.

In 2014, the government’s PRS taskforce was formed, to help educate and engage the market. Developers, banks, architects and local authorities were all included.

Key themes and topics included education, viability and valuation, with speaking at events encouraged to spread the word. The taskforce was also tasked with promoting the £1 billion BTR development fund.

In 2014, a joint venture between M&G/Pru & Genesis (Halo) Acquisition was agreed. “This was a sale and lease back investment by a Prudential long-dated income fund, with Genesis agreeing to a 35-year lease,” Martin explains.

In 2015, Rockspring and Atlas Residential purchased a private rental sector development site in Southampton from Southampton City Council – a £36 million, 279-unit development in a prime city centre location. It was one of the very first regional BTR investments in the UK.

A year later, Legal & General dipped its toes into the BTR market for the first time with a joint venture deal for a scheme in Bath.

And, just three years ago, Invesco made the first institutional acquisition of a wholly-owned regional residential portfolio when it bought into Westrock-backed PRS developer Platform, which had five sites and 580 units.

Will BTR be affected by Covid?

“Long-term, no,” Martin believes. “The sector will continue to grow. No doubt there will be interest in specification and design. Can the consumer get into their home without touching anything? We know the tech exists to get from the street to your apartment without touching.”

“Will there be more demand for larger units? Balconies are already important, but will tenants want more space and a garden? If you live in a small apartment without a garden, you might now be rethinking, so demand is a potential concern.”

He said shared working spaces will be more important as more people work from home, and things like resident and staff welfare will take on added importance, with stricter cleaning protocols and sanitiser stations like you see at train stations. Remote viewings will also continue to be vital.

BTR can provide stronger returns than commercial real estate, which may push more investors in the direction of this sector.

While the average age of those living in a BTR development is late twenties/early thirties, Martin says there is a misconception that the sector is only for wealthy young millennials.

"With some BTR developments seeing large proportions of their occupiers being sharers, either couples or two friends, this provides for an affordability based on two incomes and therefore less expensive and not as unaffordable as some commenters make out,” Martin says.

As mentioned above, BTR provides strong, steady returns which means global interest in it as an asset class is growing because of this reliability. Exposure to void can be less severe in BTR than in office or commercial generally.

Once upon a time, it was seen as nonsensical to own residential as an asset class, but that is no longer the case. In the US, for example, BTR is very much an established institutional asset class and highly-sought after by domestic and international investors.

“Management costs are harder to recover in commercial, especially if you have empty office buildings or retail units – as is the case with Covid-19,” Martin says.

“In the UK, if you’re a pension fund - what are your options? Before it was industrial, retail, and residential barely existed in their strategies until recently.” 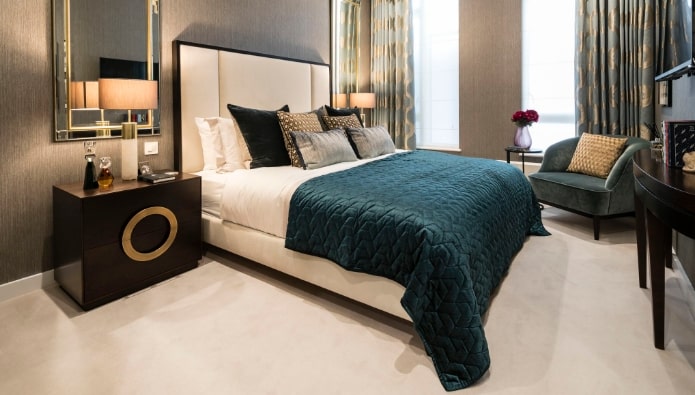 This suggests the market hasn’t dramatically slowed and, while some constructions will have been put on hold during the pandemic, completions are still happening and residents are still moving in.

It certainly seems like coronavirus won’t put an end to BTR’s momentum, but whether its market share – hovering around 2-3% of the overall marketplace – can rival traditional buy-to-let is much less clear.

What is clear is that it will be more appealing to institutional investors than commercial in a post-pandemic world.

Dominic Martin is a Senior Advisor to Global Apartment Advisors and a former member of the government’s PRS taskforce. He has also worked as a surveyor, an Associate Director at CBRE and as Operations Director at a number of BTR investor operators.

We know that UK property has long been a safe haven...

Five reasons why property investors are feeling the 'Verbier vibe' ...

Fashionable Swiss ski resort Verbier is firmly on the radar of...