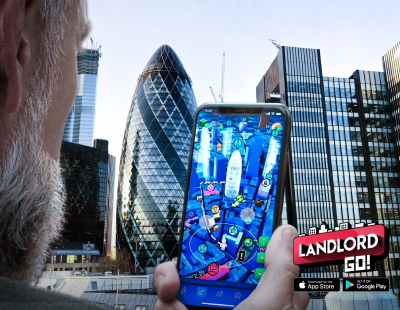 Landlord Go allows people to become a virtual real estate mogul anywhere on earth, potentially allowing would-be investors to learn their trade or at least give them a feel for how buying and selling property in a given country might work.

A press release for the launch of the game, which is available on Google Play (for Android) and the App Store (for iPhone), says that ‘with more than three billion mobile devices on the planet today, trillions of data trails are left behind as their owners go about their daily lives traversing city streets. Most of this perfectly good data goes unused, except by a handful of large corporate entities who exploit it for financial gain’. 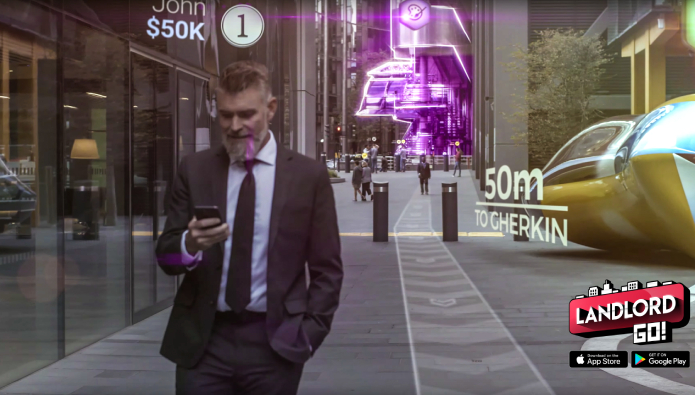 Landlord Go, by contrast, is a brand new game that leverages these digital ‘footprints’ in ‘a fun and exciting way’, allowing players to buy, sell and collect rent on some of the world’s most famous buildings and landmarks.

With over one million players worldwide already, it’s the first real world augmented reality game that uses real buildings, real people, and real prices to turn your city into an action-packed strategy game.

Reality Games claims that real estate is a contact sport, and Landlord Go aims to mimic that unique and intense environment by using up-to-date building values and setting off fierce battles between players looking to build massive wealth through savvy investing and a ruthless competitive attitude.

It will help players to hone and enhance their property investing instincts, with those having an inside knowledge or hunch about what the next big real estate market might be able to stake their claim early by buying up buildings, charging rent to visitors, then selling at the top of the market. This could pocket potentially billions in profit, and grow a player’s power and influence as a real estate tycoon.

Using a massive pool of data, including detailed information about more than half a billion real world properties, Landlord Go connects the user to their city in ‘an exciting and innovative new way that no other game can offer’.

You can put properties on the market and engage in furious bidding wars with other players, recreating the experience of competing in the ‘thrilling, high-stakes real estate market’ right from your phone. 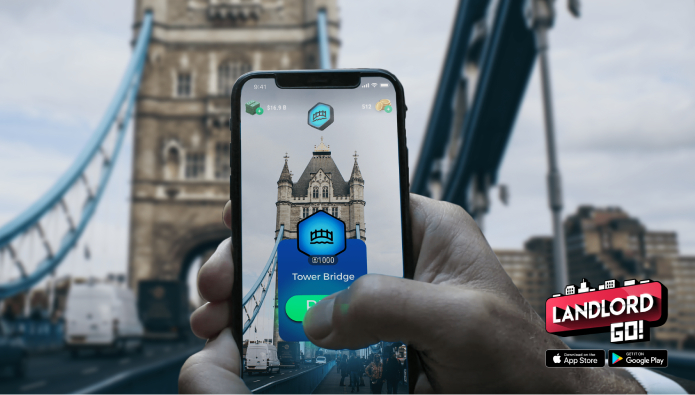 Reality Games says that Landlord Go is ‘incredibly accurate’, reflecting real-world values of properties using details such as distance from the city centre and building amenities.

Anytime another player visits your property in real life, they pay you rent in the game, while each building has a unique daily performance based on real digital footprints. The more visitors your property gets, the higher its value.

To make sure that the game has the largest playing field possible, the entire world was divided into 10 billion unique plots with a little help from NASA. Reality Games uses its own property dataset combined with NASA satellite scans showing night-time light emissions.

The firm claims to have created one of the most realistic and data-driven property dealing games ever conceived.

“The level of realism is truly what sets Landlord Go apart. Buildings in the game have the correct simulated height that correspond with the real-world versions, with image recognition and location data available through the AI camera feed,” the company says.

“Using a proprietary AI and data platform called Big Dots, we’re able to add real-world data to desktop and mobile apps. The game is addictive and exciting as players see their fortunes grow and engage in sky-high value transactions, competing with other players for dominance in the real estate market. There’s nothing quite like it available today, and nothing that even comes close to the level of accuracy and detail found in Landlord Go.”

You can download the game from the App Store and Google Play. You can also watch a trailer of the product here.

Poll: Can an app game really recreate the thrills and spills of real world investment?